Puerto Rico moving on as one-year anniversary of Hurricane approaches 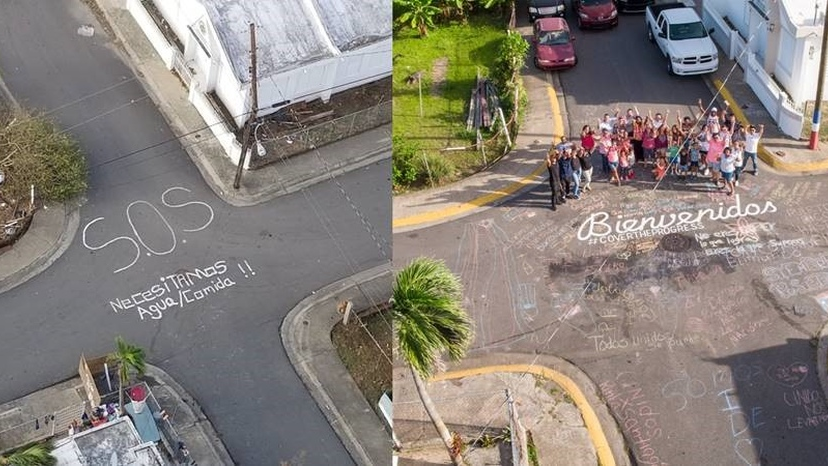 As Puerto Rico seeks to move on from the Hurricane images of last year, Humacao, the community that posted the viral SOS sign, is now welcoming visitors to the island.

Discover Puerto Rico has announced a new initiative to underscore the progress Puerto Rico’s tourism industry has made since Hurricane Maria.

As the one year mark approaches and old imagery resurfaces in the news and in social media, local tourism and community members are rallying audiences everywhere, including news media, to #CoverTheProgress and share real-time Island imagery and the many milestones that have led the Island in one of the greatest comeback stories in tourism.

This initiative stemmed from the strong sentiment of the local community paired with reactions from recent travellers to Puerto Rico. Tourism benefits everyone on the Island, and sharing the positive milestones achieved within the tourism industry will help continue to attract travellers – helping to drive the recovery forward, says the island's tourism authorities.

“Six months after Hurricane Maria hit, more than 50 percent of travellers said media coverage negatively impacted their view of Puerto Rico as a destination and we’re hoping to change that as the one year anniversary approaches.

Puerto Rico declared itself open for tourism in late December, and the local tourism industry has worked very hard for the past year to come back strong. There’s a lot to celebrate and we don’t want the one year anniversary to set us back,” said Brad Dean, CEO of Discover Puerto Rico.

“While there’s still progress to be made in some areas of the Island, we’re asking for the vibrancy of Puerto Rico as a tourism destination to also be shared and for the milestones the local industry and communities worked hard to achieve to be celebrated. We’re taking this moment to encourage all audiences to help us spotlight our tourism recovery and invite travellers to visit us as tourism is a vital contributor to the economy.”

As part of this initiative, local members of Humacao – one of the Island’s hardest hit communities that became well known for the S.O.S. image that went viral in the immediate aftermath of the storm – have a message to share. They came together with the local tourism industry to replace the aerial image in hopes that this image also goes viral. This time, the message reads: “Bienvenidos!”

“Being on the Island and completely disconnected, we didn’t realise how far our picture travelled. We’re thankful it did. But now, we’re ready to turn the page. We’ve been wanting to clean up that message for a while as we’re past it. We were asked what message we’d want to share with the world and hope our new positive message spreads just as fast,” said Janet Gonzalez,a resident of Humacao.

The following are among the many tourism milestones achieved:

A stunned Puerto Rico seeks to rebuild after Hurricane Maria