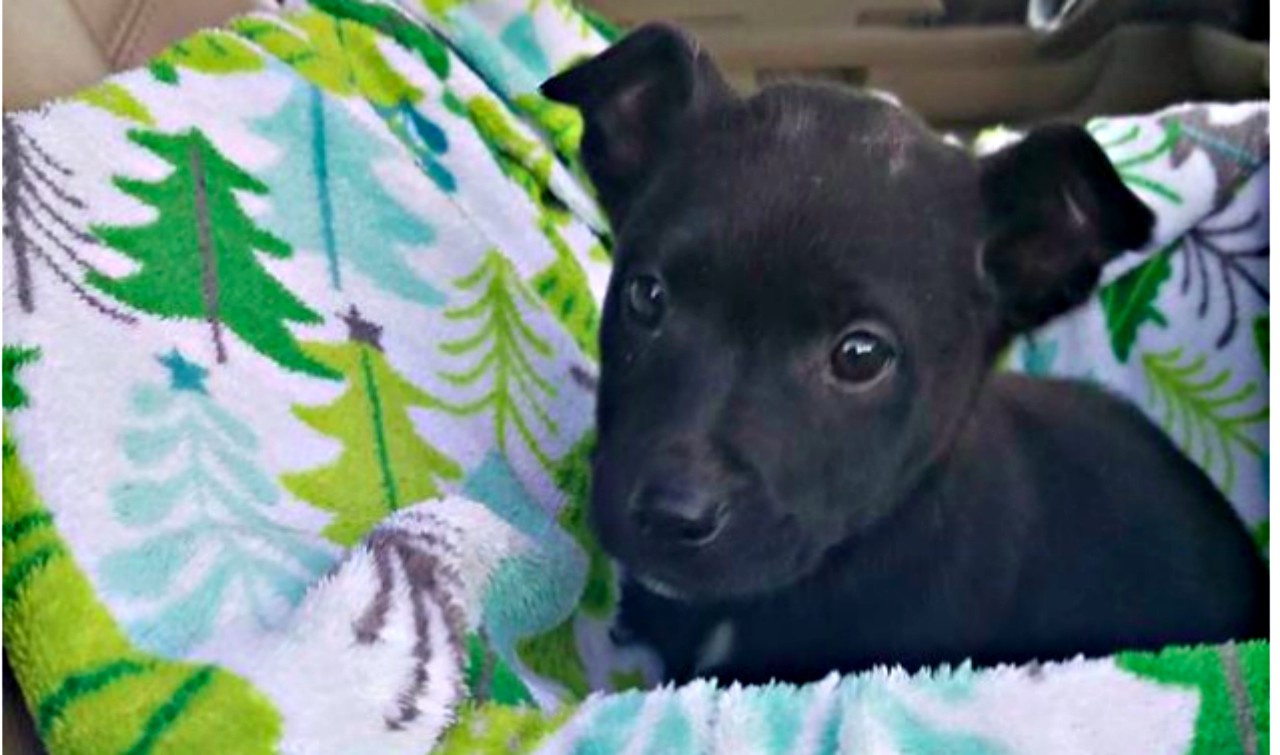 Ahead of the Holidays, yet another puppy has to bark its praises to the Detroit Pit Crew Dog Rescue team for providing a warm, loving home.

The Rescue Crew has been out and about making daring and caring rescues and Snowflake's sad tale had a happy ending thanks to their resources and expertise.

According to TheDodo.com, in an article published yesterday, December 14, 2017, after school had ended at an institution in Detroit, Michigan earlier this week, a janitor, who was cleaning the building made a quick decision that may have saved a puppy's life.

Having heard a knock on one of the doors to the school, the janitor looked out a window and saw a  boy running off. It was the janitor who found the box and saw the handwritten note.

“Sorry it didn’t have a home, and it was cold so were [sic] going to give it to you. “Please do let it go find it a new home. Thank you.”

Inside of the box was a small black puppy with a white patch on its chest.

Knowing that one teacher as the school is a big dog lover, the janitor without hesitation contacted her and she along with her son named the puppy - Snowflake.

The teacher then contacted Detroit Pit Crew Dog Rescue, a Detroit-based organization that helps injured, sick and homeless dogs and she arranged for rescuers to take Snowflake into their care.

“She was so cute,” Theresa Sumpter, founder and director of Detroit Pit Crew Dog Rescue, told The Dodo. “I guess this child had wanted a better life or a home for the puppy. We’ve never been able to make contact with him, but it looked like he was trying to take care of the puppy.

“In the box was a blanket for the puppy,” Sumpter added. “There was some dog food and some slices of lunch meat. He actually poked holes in the box so the puppy could breathe.”

Snowflake was abround seven and a half weeks old when rescued and very timid. She stayed in her cardboard box along with a blanket in the initial days.

Removed from the box eventually, she was dewormed and vaccinated by a vet and went into foster care.

Sumpter said that placing the rescued dogs into foster care at first is a precautionary step in case owners decide to come forward when the news of the dog's rescue goes on the Internet. Without a backstory they do not hastily put dogs up for adoption. There is a hold.

Until an owner comes forward or she hits the adoption list, Snowflake is out the box and enjoying a festive life at her foster home, along with the other dogs already living there.