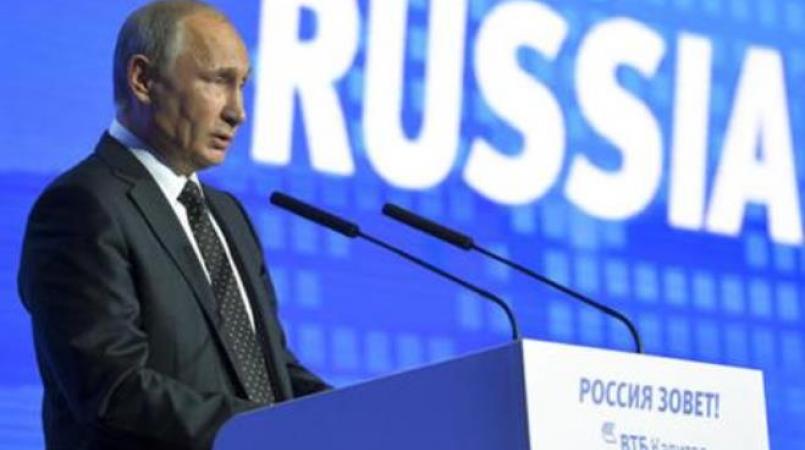 Speaking after the Group of 20 summit in Osaka, Japan, Putin charged that Donald Trump's victory in the 2016 US presidential election and a drop of popularity of traditional parties in Europe have been rooted in growing public dismay with mainstream liberal policies.

He hailed his meeting with Trump on Friday on the sidelines of the G-20 summit as "business-like and pragmatic."

"We addressed almost the entire list of issues of mutual concern," Putin said. "Of course, we talked about the situation in various parts of the world. Overall, these consultations were useful."

He said the claims of Russian meddling in the US election were part of the agenda of his talk with Trump.

At the start of Friday's meeting, the Russian leader laughed when a reporter shouted about Trump warning Putin "not to meddle" in the 2020 presidential election.

Asked Saturday whether the issue was discussed during the meeting, Putin said that "we talked about it," but didn't elaborate.

He said he believes it's necessary to "turn the page" in relations with the US, which have plunged to the lowest level since the Cold War era.

In November, Trump abruptly canceled a scheduled round of talks with Putin on the sidelines of the G-20 summit in Argentina over Russia's seizure of Ukrainian navy ships and their crews. Russia has kept the seamen in custody pending trial.

Putin said that Trump raised the issue during Friday's meeting and made it a priority.

The Russian leader said the naval incident was a provocation staged by the former Ukrainian president and signaled that the Ukrainian seamen could be released after their trial is over.

"We should wait until it's over and then could deal with it," he said. "They were only fulfilling an order, but they violated the Russian law."

Putin said he and Trump agreed that the nations' top diplomats should continue discussions on a possible extension of the New Start nuclear arms reduction treaty that expires in 2021.

They also talked about the need to encourage the development of bilateral economic ties, Putin said.

He charged that Trump's 2016 election victory was driven by growing disenchantment with liberal policies.

"The liberal idea has started eating itself," Putin said at a news conference. "Millions of people live their lives, and those who propagate those ideas are separate from them."

He also charged that the influx of migrants to Europe has infringed on people's rights. "People live in their own country, according to their own traditions, why should it happen to them?" Putin said.

The Russian leader added that while "liberal ideas remain attractive as a whole," election results show that people want change.

He also responded to criticism from singer Elton John, who accused Putin of duplicity after he offered a critical view of the Western emphasis on LGBT rights.

"I deeply respect him, he is a musical genius and we all love his performance, but I believe he's mistaken," Putin said.

He argued that Russia's ban on "propaganda" of LGBT culture among children is aimed at protecting them from aggressive proselytizing by the LGBT community.

"Let a person grow up first before making a choice," Putin said. "Let the children in peace."

He said that "our attitude to the LGBT community is absolutely calm and unbiased," but added that "this part of community aggressively enforces its point of view on others.

Putin: NKorea ready to denuclearize - if it gets guarantees

The Latest: Trump to Putin: The world wants us to get along