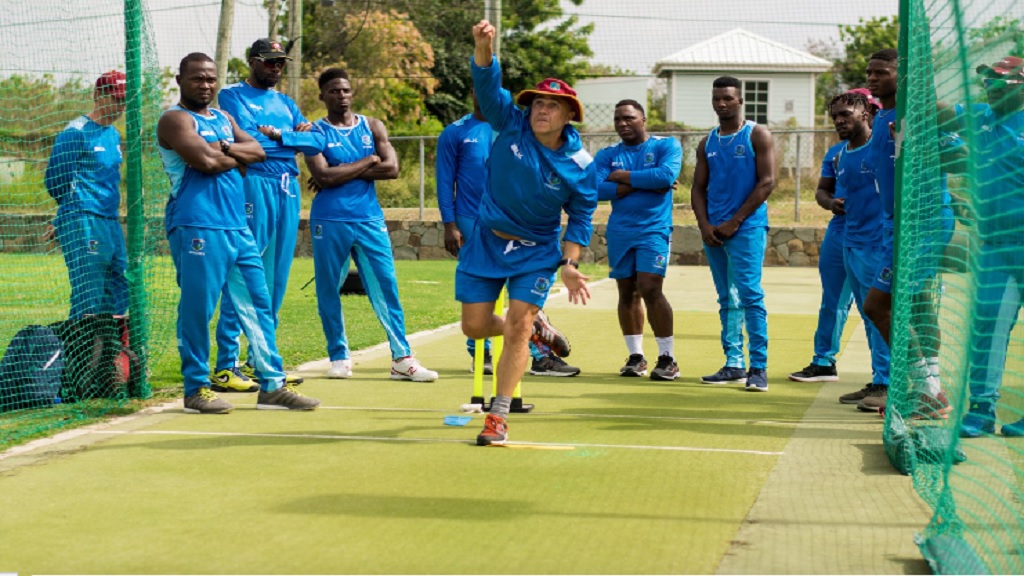 Newly appointed interim coach of the West Indies cricket team is confident the squad selected for the test series against England has the skills and motivation to emerge victorious.

The three-Test series bowls off on Wednesday at Kensington Oval in Barbados.

“We have a clear goal - we are here to win the series,” said Richard Pybus, who believes that despite strong opponents the Windies side is ready to start consistently delivering “some really great cricket”.

Pybus, recently called up to lead the regional side through the busy upcoming 2019 cricket series, said the West Indian players were disappointed with their performance during the recent tour of the sub-continent, but have a point to prove.

“Playing at home in the region, the guys are very motivated,” Pybus reckoned, explaining that the team with its good balance and experience would focus on consistency.

He welcomed the support of his coaching staff, which includes assistant coaches Vasbert Drakes of Barbados, Esuan Crandon from Guyana and Englishman Toby Radford, along with spin bowling consultant Mushtaq Ahmed, who Pybus previously coached when Ahmed played for Pakistan.

“Mushtaq is great to have around the guys, he is incredibly positive and has a superb cricket brand. Toby is highly experienced in the system, he knows all the guys and brings a lot of value. Vasbert was part of our high performance program, he is a World Cup-winning coach in his own right and is well-established as a player and a coach; and Crandon has been the standout first class coach for a quite a period of time now,” he commented.

Pybus lauded the leadership of captain Jason Holder, who he believes has matured as a cricketer and as a leader was well poised to help the team advance:

“At times it has been a really tough gig, from where he started to where he is now, and I think he has handled that exceptionally well.”

The Windies skipper, according to Pybus, has improved markedly:

“His performance has really evolved over the last while and he has become one of the standout all-rounders in international cricket. He was superb with the ball last year and his batting has really come on. So I think he's also getting to a point in terms of his own personal maturity, where he's comfortable where he is with the captaincy, and I think he is confident being in a situation where he can really demand excellence out of the side.”

Meanwhile, Pybus, an Englishman, deflected criticisms surrounding his appointment to the regional Caribbean side, chalking it up to part of the landscape of professional sport.

“It just goes with the territory really. We've got a test match coming up. That for me, is what I'm personally focused on. Wherever you are, there are critics, and as a coach, your job is to make sure that you produce winning cricket.”

Stone heading home from West Indies tour with back injury