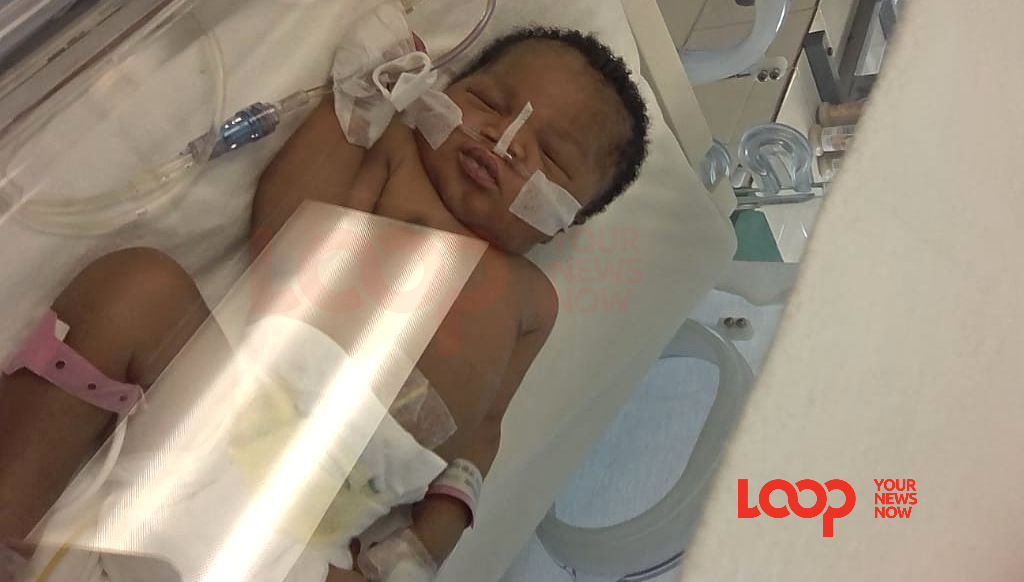 By the grace of God and thanks to the skill of the nurses and doctors on call at the Queen Elizabeth Hospital (QEH) on New Year's Day, a mother met her daughter for the first time ever after a safe delivery despite complications.

Joni Roye had a seizure and from there everything happened pretty quickly to make sure that neither Joni nor her baby died.

At 11.30 am on Wednesday, 29-year-old Joni delivered her third child, this time by emergency Caesarean. Baby Mikhailah was due February 4, 2020, but as Joni explained, "She had a different idea. She gave me a seizure and I had an emergency C-section."

Weighing just over seven pounds, Mikhailah is still in the Neonatal Intensive Care Unit (NICU) since her birth. Her mother was discharged today once her blood pressure was back under control, but Mikhailah who is "doing great" won't be home for a few more days as she is being monitored.

Asked how she felt when she found out her baby was going to be a girl, Joni said that the whole family was hoping for a girl. Mikhailah has an older sister and brother from her mother. Joni said that even her son wanted a girl too because in his words, he wants to be "the only boy". Joni's brother and sister from her mother are born in November and April respectively, but from her dad's side, Mikhail Wright has another son and he like Mikhailah now will be the January babies of the family.

Happy to be leaving the hospital though part of her heart remains in NICU for now, Joni had a lot of praise to shower on the staff at the QEH.

"I want to thank all the nurses and doctors who helped me through my seizure. I'm not certain who was there exactly but they all did a good job saving our lives. I greatly appreciate it and I hope they continue doing what they do best.

"A special thanks to Dr Marshall and Dr Robinson, throughout my pregnancy they treated me like a daughter."

With many young women fearful of the QEH because of horror stories floating around the island, Joni shared:

"I used to hear them too and at first I was scared so I never started clinic until late, but experiencing it for myself is so much different from the words of other people. I met some nice nurses here and the doctors here are the best. They're always there when you need them."

Having had to experience being away from her newborn this time, Loop asked Joni, what's one lesson she learned from Mikhailah being in NICU? "Her being in NICU taught me that no matter what circumstances you're facing just believe that there's a God that sits high and looks low. Never give up!"

Mikhailah was the fourth baby born on January 1, 2020, and the third girl on the day which started a whole new decade.