Queen's College is a school of 'serious business' 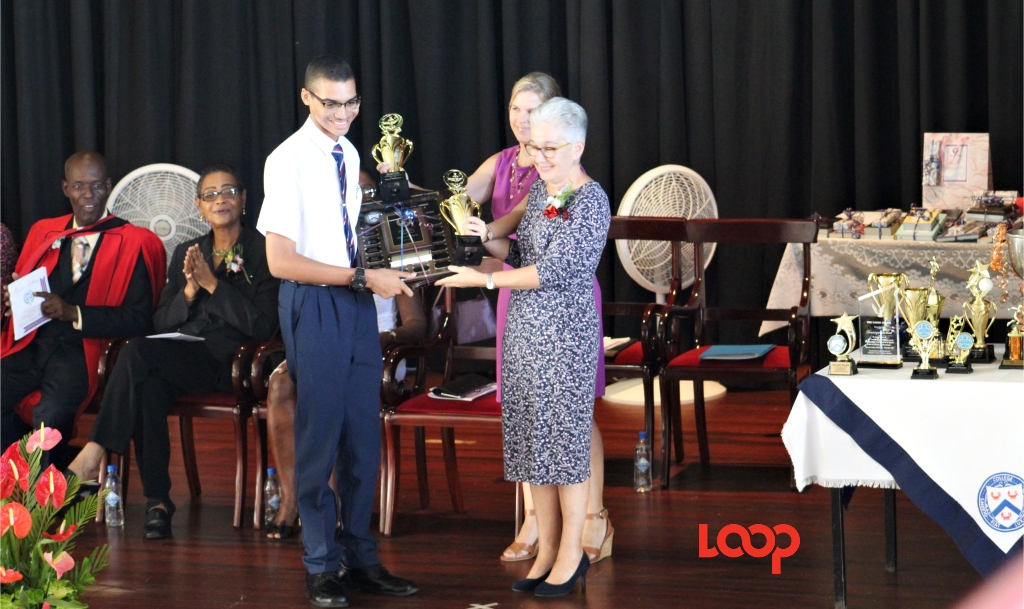 Queen’s College continues to be “a place of serious business”.

This is a phrase frequently reiterated by the institution’s present principal Dr David Browne, and seemingly it has been adopted by the students of the educational facility as a mantra. Dr Browne highlighted such as he spoke of the exceptional academic success that the school continues to reap.

Earlier this year the school celebrated the awarding of 16 Barbados scholarships and 17 exhibitions, the largest number of awardees from any one school on the island.

In the head girl’s report on the institution’s clubs and societies, it was clear that value was also placed on extracurricular activities. She spoke on the multiplicity of sports and social groups offered at the school and gave a comprehensive report on the performances of such for the year.

The ceremony also featured a sampling of the school’s talent with musical selections from the school’s band and even a dance piece that was choreographed by the students themselves.

A member of the school’s Parent-Teachers’ Association Mrs Mishka Donawa-Vickers was recognized for her outstanding contribution to the organization.

During the award service, the featured speaker, Barbados Prime Minister the Hon Mia Amor Mottley was also presented with a beautiful bouquet on behalf of the school, a gift she, in turn, conferred to Dame Billie Miller for being an inspirational influence in her life.