Radika is defying deafness and going after her dreams 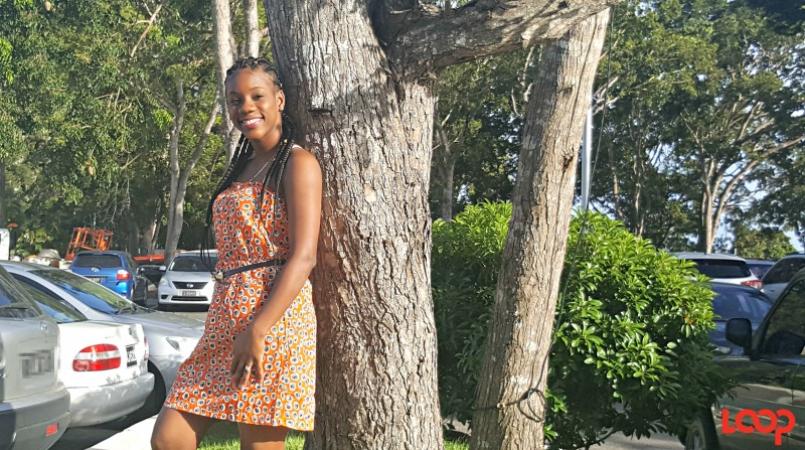 You see her and you may never know or guess that Radika Jessamy is deaf.

You probably cannot imagine that this a go-getter, fashionista refuses to let her one challenge impair her in any way.

But Radika is a mother of two boys ages four and two, a wife who celebrated two years of wedded bliss last week to her husband Jason Jessamy and an employee of Massy Warrens.

She may not make millions but Radika is all about her family and her home and she works to achieve what she wants.

Asked what is her Christmas wish for Barbados, she signed that she wishes for more people to learn sign language, but she’s not waiting for that to happen. What she knows she can guarantee though is that two citizens for sure will learn and that’s her boys.

Growing up with a mother, Jennifer Thomas, who signs exceptionally well, Radika never had any fears especially when she went to the Queen Elizabeth Hospital to deliver her sons. She signed, “My mother was always there for me. She told me what the nurses say all the time.”

But recognising that not every deaf person has the support that she was blessed with, she urged if no one else learns to sign at least doctors, nurses, police and firemen should learn. “It would help.”

Smiling she said she’s just waiting for her four-year-old, Raekwon Trotman, to reach age seven so that he can grasp and understand more. The she signed, “I will teach him!” On the other hand, laughing she said her two-year-old, Jakobi Jessamy is not waiting patiently and idly by though, he lives with her and “he signs mummy, and pulls me and points to whatever he wants or what he wants me to see. When his dad tells him about his mummy he comes to me and when I go for him at the nursery he keeps noise and runs to me. He’s so smart already.”

Twenty-six-year-old Radika has been at Massy for six years, and she has been defying the odds from age seven at Irving Wilson when a teacher taught her to read lips. Then a determined Radika who was born deaf practiced and practiced daily to voice, and by age 12 she was audibly voicing in a way to allow communication with hearing persons who do not sign. Radika met her husband at Massy through random interactions. He knows some signs, not a lot but that has not stopped their love from growing. She signed, "I love that he helps me and he is patient."

And now that she has a home and a family, having completed a computer fixing course and a baking class, Radika is welcoming new challenges. She wants to work in one of those new fields.

Radika signed that she understands the fear people have about her working in a kitchen because of her deafness, but she assured it’s not impossible. She signed that in her class, she read the instructor’s lips and her friend who signs and also took the course clarified anything she was confused about. Of all the things she learned to make, she loves making oatmeal and raisin cookies the most.

Radika signed that nothing in the class was too difficult because again she practiced and practiced.

Radika is nothing if not committed and determined. She perseveres. So with a backup plan of working in a hotel doing house cleaning, Radika’s wishes for 2017 are to diversify herself. Her first choice would be getting into Massy’s bakery but if that fails, she is ready with Plan B and Plan C.