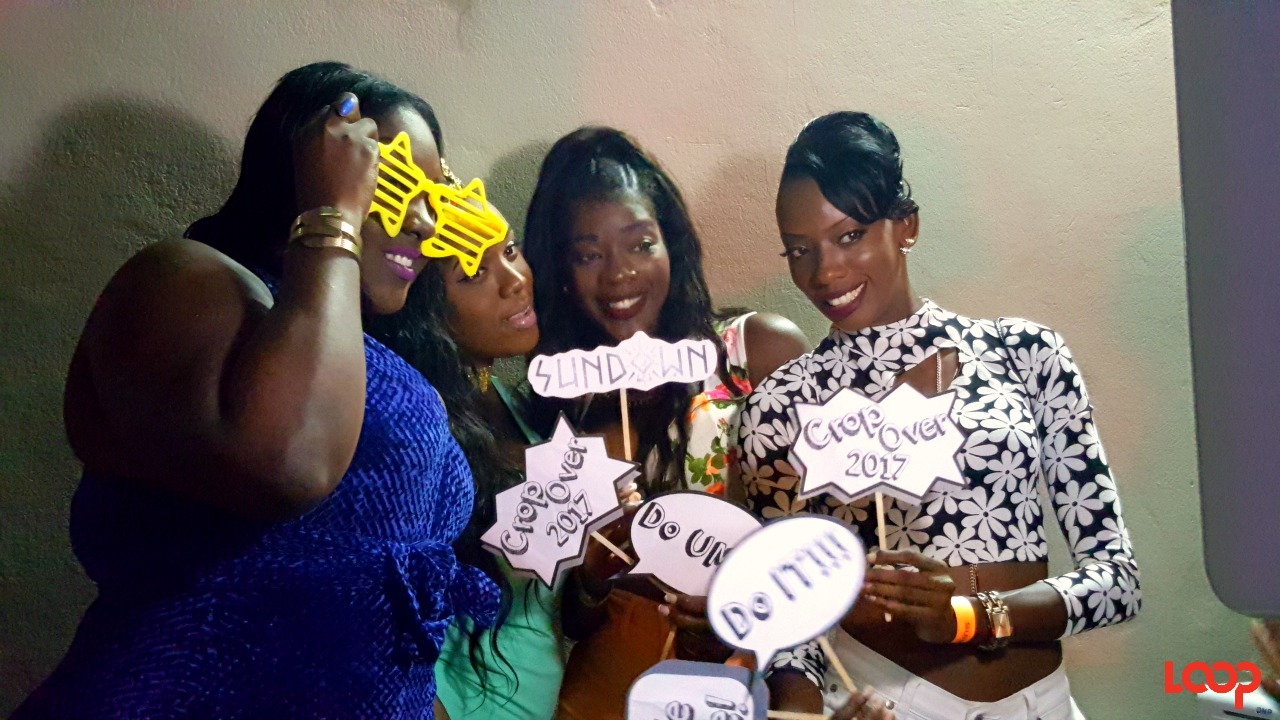 Many took home photos from the Pix photo booth after Sundown.

Sundown and its organisers have loyal patrons and people who would trek through mud and muck to shell for them.

Hundreds showed that they are committed to the Crop Over baby – Sundown, which brought its second edition last night, at the Barbados Museum in St. Michael. 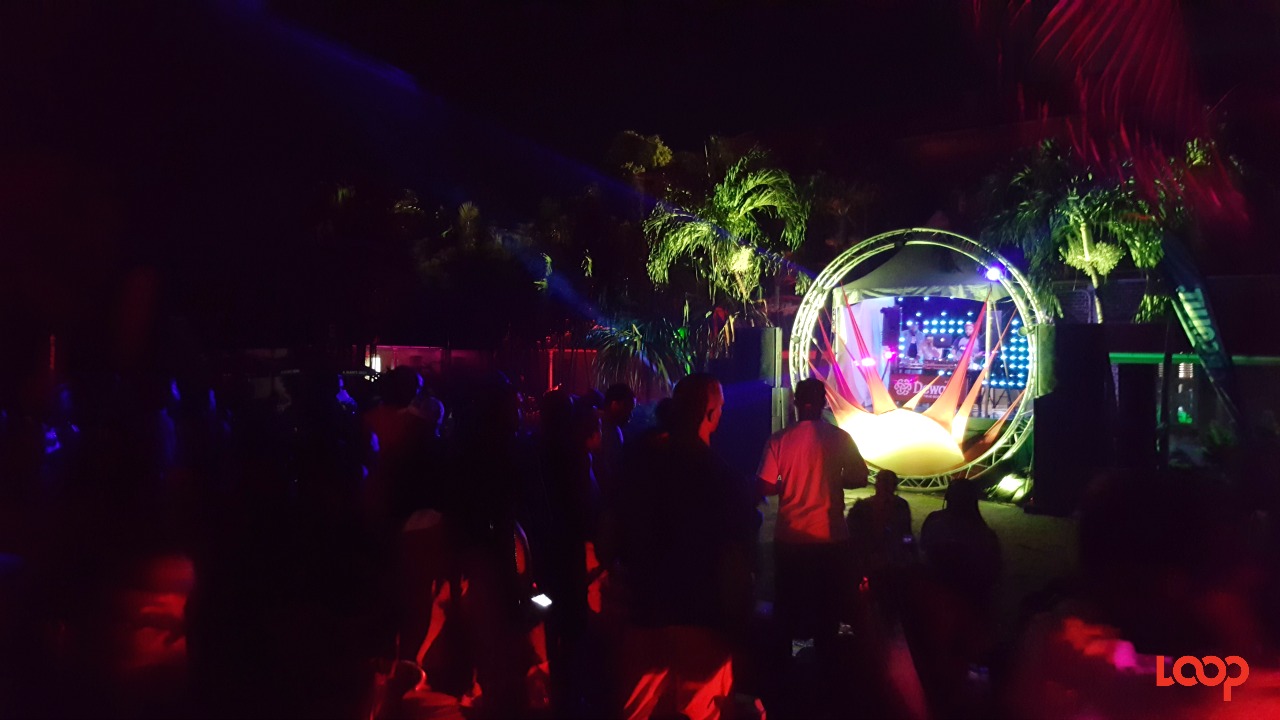 Co-organiser for Sundown, Dannilo Hutchinson told Loop that they are grateful to their yearly patrons, “much respect”.

An evening of rain on Wednesday threatened to dampen the moods of persons considering Sundown and all over Twitter you could see persons wondering if they would indeed venture out into the showers. But by 10:00 pm, the party was hyped and the rain had held up.

People partied with their coolers, mainly seeking chaser and ice from the bar, and some ate breadfruit bowls done by Roast Barbados 246. Sno cone vendor Jerome Hinds of Recovery Entertainment was on hand as well for those looking to sip on special iced treats and promotional ladies handed out Avion Tequila shots. 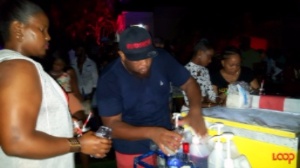 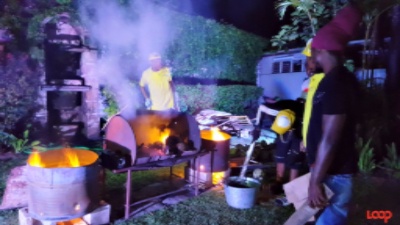 The crowd was entertained by deejays Artiste Team, DJ Psalms, the Shelldown Team, Rocfresh, MHk and Inchy, Hutchy and Sizz and Jus Jay. Then energy was upped when the live performances started. Speed up de ting; Shaquille’s Collateral won the hearts of the crowd; Hypasounds made everyone get low with ‘Dip’ and; Fadda Fox ‘Good ole days’ made sure that no one posed for the entire night.

People came prepared for the muddy grounds wearing boots, loafers, sneakers, sandals and even flip flops and some girls put a pause of makeup for the night in fear of another downpour, while others took the risk and had a full face beat with eyebrows and all. Many people had their umbrellas close to hand as well.

The Pix Photo Booth with tagline props like #Sundown; Do it, do um; Split…in the middle; up de ting; and yaaasssss were hits with the patrons. 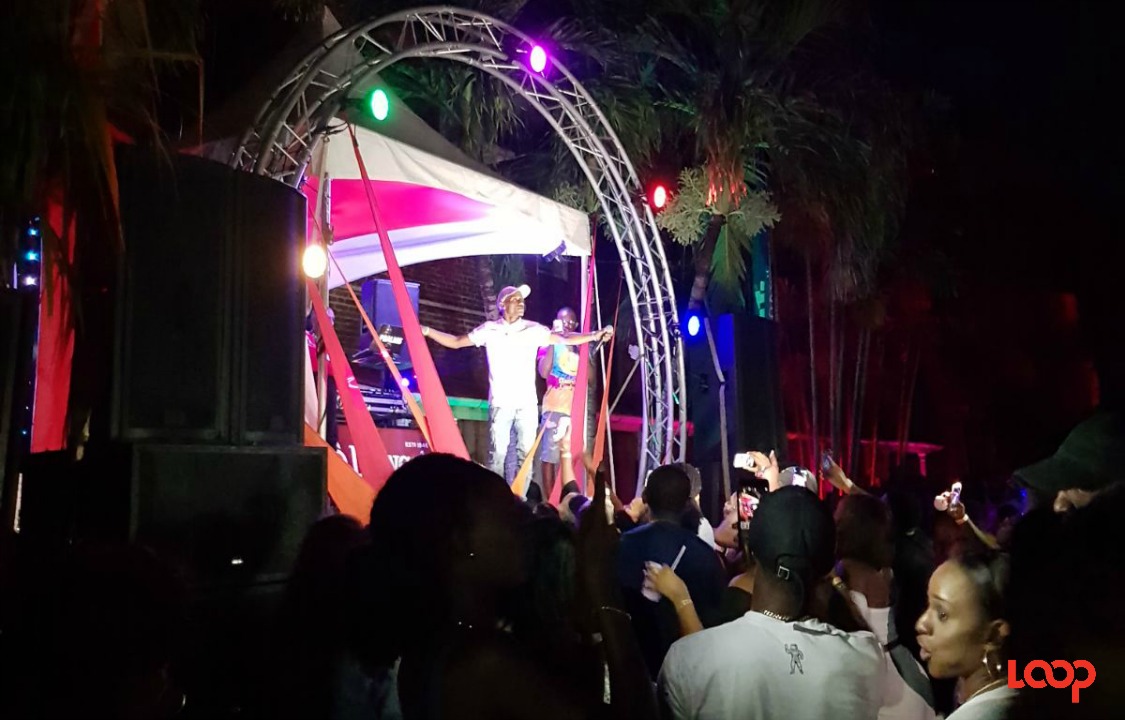 Though according to the promoters – Dannilo, Sonita, MHk and Raymond, Sundown II Edition had a smaller attendance in comparison to last year, “the vibe was much better”.

Last year some patrons complained about the fact that Sundown was not an all soca fete, but this year the little snippets of dance hall and even rap were welcomed as people easily went from Tip and Bend Ova to Chargie and Wild Thoughts then back to Drinka and more.

Dannilo said that people can surely expect “a bigger and even better Sundown Crop Over 2018”.

15 tracks set to mash up the road this Crop Over