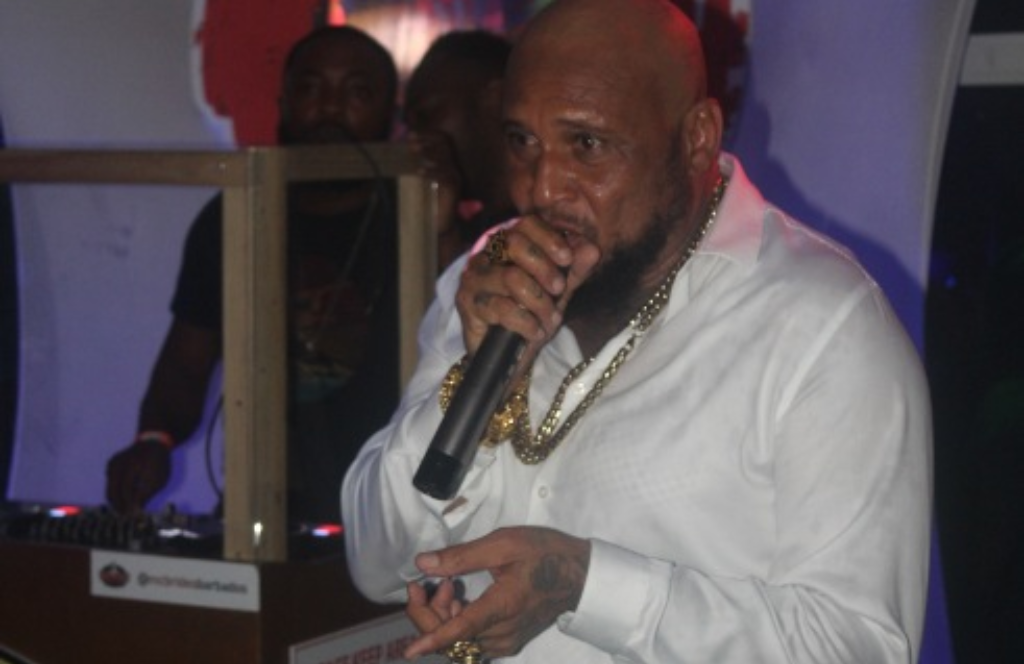 Ram-a-mask brought the curtain down on the Mcbride’s Crop Over Lite celebrations last Friday.

The series featured a condensed schedule of fetes which ran from July 9 to August 9.

After the venue’s brief closure by the COVID-19 Monitoring Unit earlier in the week, Friday’s event drew a small crowd of fans and supporters. However, what it lacked in numbers it made up for abundantly in its extensive cast which included some of the island’s premier entertainers.

As has become customary, patrons had their temperatures checked, hands sanitized and masks firmly in place before gaining entry. Bar staff donned the recommended masks and face shields as they went about their duties throughout the night.

Just after 1.30 am sweet singing Biggie Irie got the show started.  With a voice like dripping honey he rendered syrupy tunes like “Nah Going Home”, “Country” and “Pankatang” to set the tone. Kirk Brown followed and kept the vibes flowing.

Faith hit the stage next, commanding the attention of all as she dropped “Werk” and “Don’t Break Yet”. She passed the baton to Jus D and Marzville who both contributed to turn the heat up a notch with a slew of their own hits.

When the man of the hour Peter Ram took to the stage, the crowd was well in the swing of things. From the opening lines of “Good Morning” those in attendance started to sing along. Ram delivered “Woman by my Side” and “All Uh We” along with his more risqué tunes “Pat and Crank” and “Curfew”, with the crowd returning the same high energy he gave out.

Leadpipe, with his comical antics, was highly engaging during his set and the female patrons drew closer when Mr Sugar Rush himself, Hypasounds, hit the stage.

Lil Rick would be the ultimate live performer of the night and in addition to thrilling with “It Ain’t Me”, Mother Sally” and “No RH” he invited a female patron on stage and took on the challenge as she showed she could “Get Low”. The crowd in The Gap venue lapped it all up.

In addition to Jah Reddis and Fadda Fox who were also among the cast, Djs Jon Doe, Rico Love and Jerry Dan kept those who came out well entertained.

The event definitely delivered on quality, proving that there didn’t need to be an abundance of numbers to have a great time.