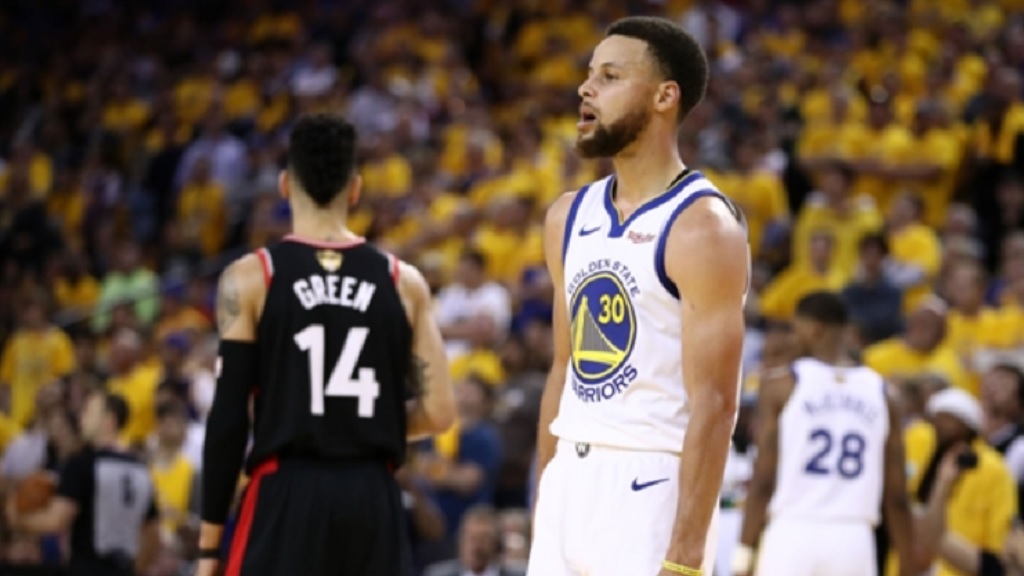 The Toronto Raptors are two wins away from their first NBA title after beating the Golden State Warriors on Wednesday.

Toronto took down Golden State 123-109 at Oracle Arena in Game 3 despite a Herculean effort from Stephen Curry.

Two-time MVP Curry scored 47 points on 14-of-31 shooting while grabbing eight rebounds and dishing out seven assists for Golden State.

He tried his absolute best to will his team to victory, but in the absence of Klay Thompson, there was little Curry could do.

Thompson was ruled out of the matchup 12 minutes before tipoff with a hamstring injury suffered in the final minutes of Game 2.

Curry took more shots in the first 12 minutes than he has ever taken in a quarter and played 43 minutes in the game, but even that was not enough to get Golden State a win.

As for Toronto, the Raptors got a well-balanced performance with 30 points from Kawhi Leonard, 23 from Kyle Lowry, 18 each from Danny Green and Pascal Siakam, and 17 from Marc Gasol.

The Raptors knew the Warriors were undermanned and took advantage.

Game 4 is on Friday.