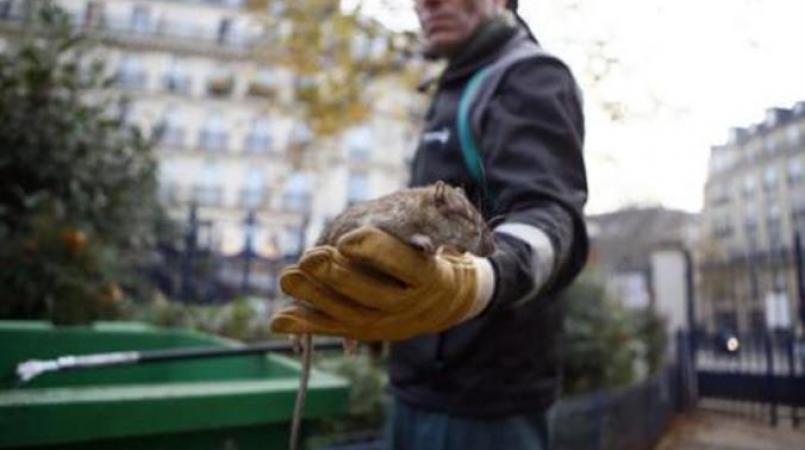 Both Nadine Mahe des Portes and the rat panicked when she inadvertently stepped on it on her walk back from work through Paris.

"I heard a terrible squeak," the property agent recalled with a shudder. "I thought I'd stepped on a child's toy or something."

When Parisians are literally tripping over rats on the sidewalk, it is clear that the City of Light has a problem. Professional exterminators with decades on the job struggle to recall infestations as impressive — perhaps that should be repulsive — as those now forcing the closure of Paris parks, where squirmy clumps of rats brazenly feed in broad daylight, looking like they own the place.

On Friday, City Hall threw open one of the closed parks, the Tour Saint-Jacques square a block from the Seine, to show journalists its latest anti-rat drive.

The furry princes of the city were everywhere, sauntering across the footpaths, merrily grazing under bushes and far more bothered by pigeons competing with them for breadcrumbs than by people walking past and the rattle and hum of the morning rush hour.

The park attendant, Patrick Lambin, said his morning round had yielded just one cadaver.

Before the park was closed in November, rats foraging for food hung like grapes off the trash bins and regularly scampered through the children's play area, sowing panic, he said.

Lambin suspects the infestation has been made worse by Parisians and tourists who leave food out for the pigeons and, in particular, a homeless man who swings by most mornings with bags of stale bread recovered from local eateries.

"The rats are profiting," he said.

In a 39-year career of extermination, City Hall's Gilles Demodice said he'd rarely seen anything quite like it.

European Union regulations governing the arsenal of poisons and traps that can be used against rats have complicated the job of extermination, he explained.

He said they used to drop biscuits of poison directly into rats' nests and seal them up, but that technique is no longer allowed, forcing them to instead lay black plastic boxes of poison — which the rats studiously ignored — among the bushes.

"It's a lot less effective," he said.

FEATURED IMAGE CAPTION: A Paris city employee shows a dead rat in the Saint Jacques Tower park, in the center of Paris, Friday, Dec. 9, 2016. Paris is on a new rampage against rats, trying to shrink the growing rodent population.