Recession could not stop Chefette’s return to St. James 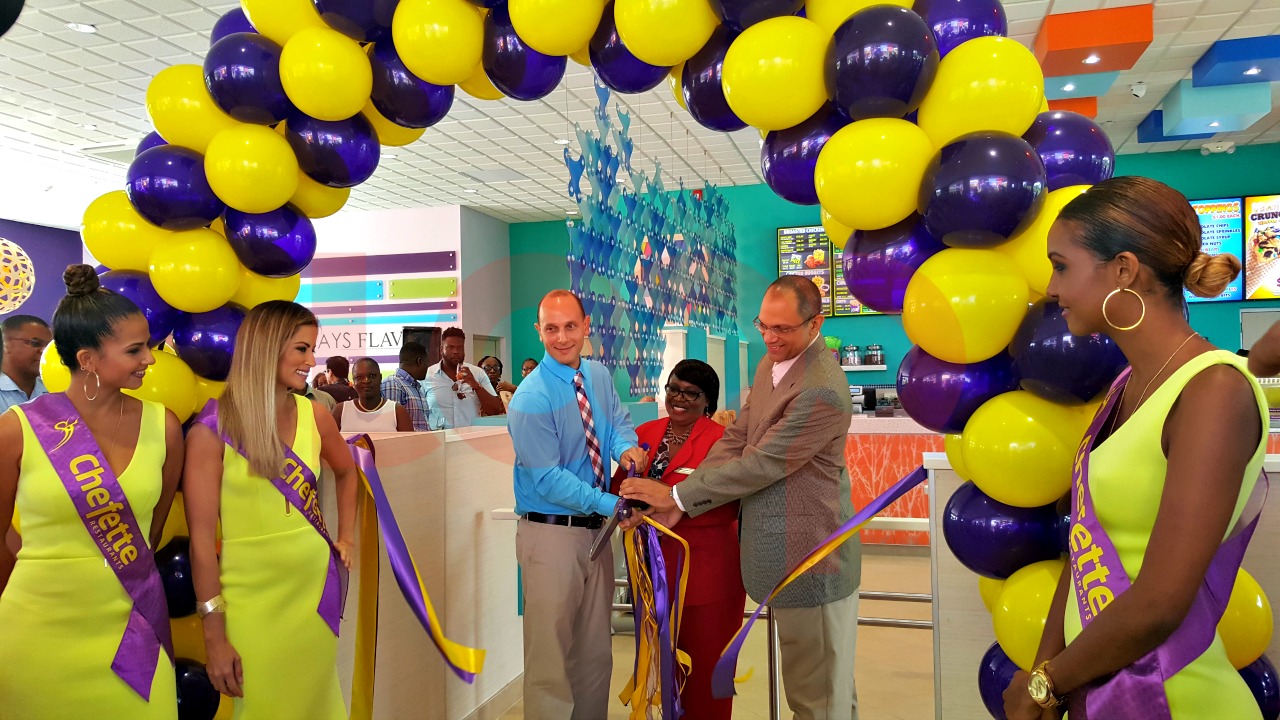 Nine years after closing its doors at its Holetown location, Chefette Restaurants today delivered on their promise to reopen a branch in St. James as they cut the ribbon and declared Chefette Lancaster now open.

He said that Holetown closed because they got an offer from an overseas investor that they just could not refuse, “especially at a time when the country was going down into a recession that we now see is probably spanning more than a decade. We accepted that offer with the goal to reinvest all of those funds back into the country, expand our business with the hope of one day returning to the parish of St. James. I stand very proud today to tell you that we have attained that goal. We’re back in the parish of St. James.”

The Holetown, St. James property was sold in 2008, some 13 years after it opened.

Happy to see his father’s vision come to reality once more, Ryan Haloute said that the new restaurant is setting higher standards and new records for the company, island and region.

Lancaster is the largest location built to date excluding Rockley and as his father, the Founder and Executive Director of Chefette Restaurants Assad Haloute keeps reminding him, it is also the “most costly”. The multi-million dollar restaurant has the first Double MEGA 3-Storey Playground and it houses the second Chefette Ice Cream Parlour.

Ryan Haloute said that the playground may be the largest in the Caribbean standing on 3 000 sq. ft. with a one-of-a-kind rocket and it has a zip line. Proudly, he explained that the play area was designed some years ago by an eight-year-old child. He said that children know what they want and what they like, it’s up to adults "to listen to them".

The décor is attributed to his sister, Janine Haloute, Deputy Managing Director. He said that the decoration and design thanks to her, the architect and the construction team “brings that happy feel”, which is what they want people to always associate with the brand.

Speaking at the opening ceremony and launch this morning Ryan Haloute said that the newest addition is a huge investment which he believes could be considered a template for others to use.

Haloute told Chief Operations Officer, Maurice Habre that he can take a bow because he built “a world-class facility. You should be proud of what you built here. People should look at this and use it this as an example.”

With many challenges possible as one navigates the business and construction world, Haloute said that some partners made his father’s dream come true.

He highlighted Sir Charles Williams, Teddy Williams and Andrew Mallalieu - Realtor from Terra Caribbean, saying, “you opened a door for us, all of you. A door that is very hard to find in these tough economic times and all the permissions you have to go through and so on and so on, thank you for opening that door and selling us this non-beach front property at a fantastic price…”

Haloute said that when he saw the site with Teddy Williams, "I fell in love with it immediately".

He also used the occasion to note that CIBC FirstCaribbean Bank has been with Chefette Restaurants for 45 years and he commended them for always having confidence in the Chefette brand.

Chefette Chief Operations Officer, Habre said, "We are very excited about this new restaurant and it is our hope that it will make a significant and long-lasting contribution to the Lancaster community and the future plans for the area."