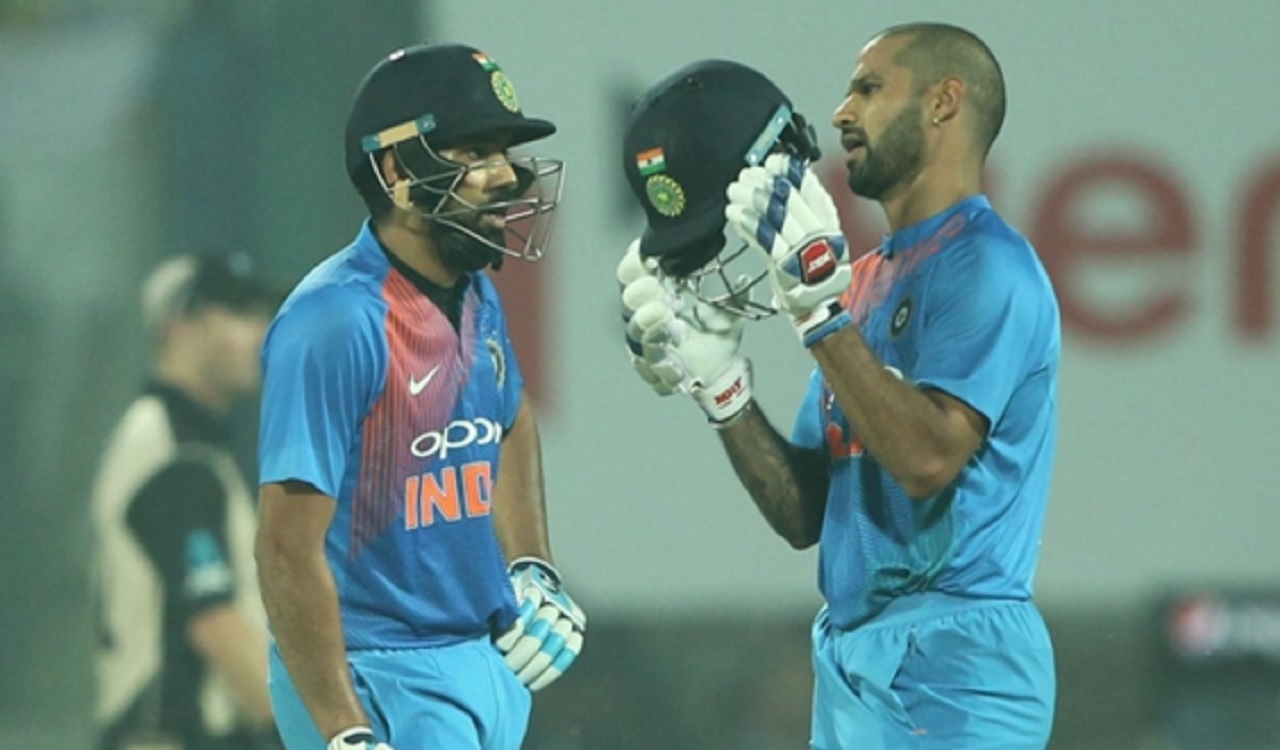 Rohit Sharma and Shikhar Dhawan put on a record-breaking stand of 158 to set India on their way to a 53-run hammering of New Zealand in the first Twenty20 international in Delhi on Wednesday.

The openers each made 80 as the hosts racked up 202-3 having been put in by the Black Caps, who did not help themselves by putting down both batsmen in the first seven overs.

Dhawan was on eight when Mitchell Santner dropped a simple chance at point and he went on to crash 10 fours and two sixes in his 52-ball stay.

Tim Southee, running in on the dive from long-off, shelled Rohit when he was 16 and the batsman struck six fours and four sixes from his 55 deliveries as he and Dhawan set a new India record for the highest partnership in T20s, surpassing the 138 made by Rohit and Virat Kohli against South Africa in 2015.

New Zealand lost two early wickets in reply - one to a stunning Hardik Pandya catch - and were never in the chase, stumbling their way to 149-8 to go 1-0 down in the three-match series.

Ashish Nehra went wicketless in his final four overs as a professional cricketer but the mood remained celebratory as India recorded a first T20 win over the Black Caps at the sixth attempt.

The tone was set for New Zealand's day when Santner gave Dhawan a life from the 11th ball and Rohit was relieved to see Southee grass his effort five overs later.

A brief period of calm followed before Rohit took Santner for 14 from three consecutive balls in the 15th over and Trent Boult suffered similar punishment in the next set of six.

Kohli and MS Dhoni struck four maximums between them in their brief cameos and the bowling attack continued the demolition job after the interval.

Martin Guptill perished as Pandya took a stunning, full-length diving catch haring in from long-off, at which point the visitors may have known it was not to be their day.

Tom Latham (39 off 36) continued his good form while captain Kane Williamson (28) and Santner (27 not out) made contributions of sorts before Nehra (0-29) brought the curtain down on his career with a tidy final over against the tail.