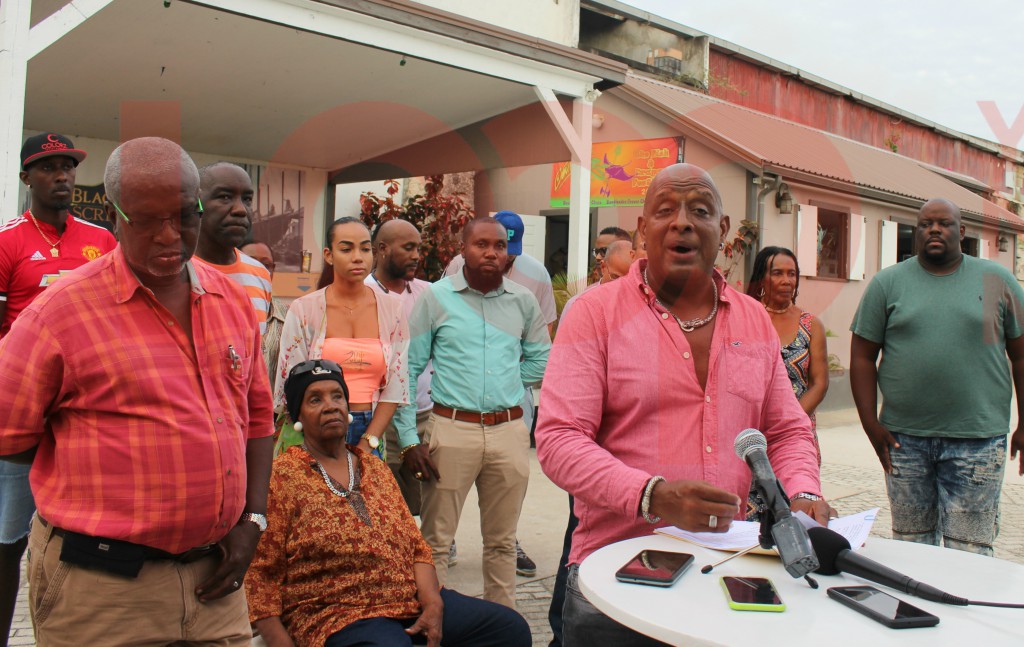 President Chetwin Stewart (pink shirt) with members of BAM in the background.

The Barbados Association of Masqueraders (BAM) has welcomed the announcement of duty-free concessions, promising a reduction in the price of Kadooment Day costumes for revelers from next year.

Word of this came from the interim President, Chetwin Stewart. He congratulated the Culture Minister, John King on the new policy, however, he noted the move is long overdue.

“It [concessions] should have come a few years ago but … if from tomorrow materials are coming through the airport, it will help in a great way. A lot of the materials may not have reached the island yet so when they do come, they should be no duties on those. We were promised this for many years so hopefully it is realized this year.”

Stewart said while he would not be able to speak on the cost savings bands will experience this year from the concessions, he said from 2020 BAM members will be able to offer more attractive packages to revelers, particularly locals, many of whom he noted were sitting out Grand Kadooment.

“People just see us as selling a costume but we sell a package so they are a lot of things that we need to bring in in order to deliver. Going forward from next year, a band would be able to sit down and plan to see exactly what they will save and be able to then reduce the price of the package.

That is why we need the concessions... over the years we had 15,000 people passing through the Stadium, last year we only had 3,800 which is ridiculous! We have been saying every year that the locals are not coming out for Grand Kadooment.”

He predicted that next year’s Crop Festival will be a very successful one considering there will be an influx of Barbadians converging on the island for government's Vision 20/20: We Gathering initiative. He said BAM intends to capitalise on this opportunity to get more locals involved in the Festival by offering attractive packages.

Sober Zone in effect from Beer Vibez throughout Crop Over