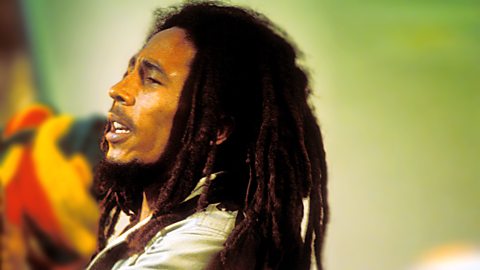 Jamaican reggae music has been given new meaning. The genre has been added to a list of international cultural treasures which the United Nations has deemed worthy of protecting and promoting.

The Minister of Culture, Gender, Entertainment and Sport, Olivia Grange, successfully made the case for reggae music to be included on the Representative List of Intangible Cultural Heritage of Humanity.

“Reggae is uniquely Jamaican. It is a music that we have created that has penetrated all corners of the world. It is important that we safeguard and protect reggae music,” Grange said before the decision was arrived at during the 13th session of the UNESCO Intergovernmental Committee for the Safeguarding of the Intangible Cultural Heritage, which began on Monday in Mauritius.

Reggae grew out of Kingston, Jamaica in the 1960s, led by artistes such Toots and the Maytals, Peter Tosh and Bob Marley. It followed on from the island's ska and rocksteady genres.

Millie Small's 1964 ska cover of 'My Boy Lollipop' also helped to introduce the genre to the world, with the song hitting number one in the UK, which had become home to many Jamaican immigrants since the end of World War Two.

The protected list began in 2008 and grew out of the UN's convention for the safeguarding of intangible cultural heritage in 2003.

Its aims are to ensure respect for communities, groups and individuals involved in the listed activity, to raise awareness and encourage appreciation of those activities nationally and internationally.

Announcing the decision, Unesco said the music's "contribution to international discourse on issues of injustice, resistance, love and humanity underscores the dynamics of the element as being at once cerebral, socio-political, sensual and spiritual".

It added: "The basic social functions of the music - as a vehicle for social commentary, a cathartic practice, and a means of praising God - have not changed, and the music continues to act as a voice for all."

Other cultural traditions which made the list included a Spanish riding school in Vienna, a Mongolian camel-coaxing ritual and Czech puppetry.

The Convention promotes the safeguarding of traditions and living expressions handed down from generation to generation, including oral traditions, performing arts, social practices, rituals, festive events, knowledge and practices concerning nature and the universe or the knowledge and skills to produce traditional crafts.

'Jah B’ leads the pack among top national honours