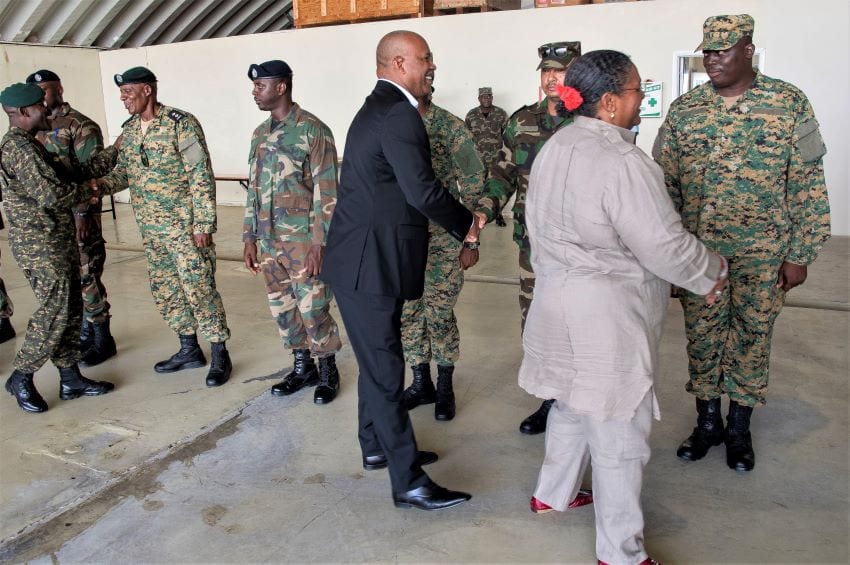 Prime Minister Mia Amor Mottley and Attorney General, Dale Marshall, and Chief of Staff of the Barbados Defence Force Colonel Glyne Grannum (far left) greeting members of RSS contingent who will be deployed to The Bahamas for three weeks.

Prime Minister Mia Amor Mottley has urged the 36-member contingent of Regional Security System (RSS) police officers being deployed to the Bahamas to exercise patience, tolerance and empathy in their dealings with the citizens.

Ms Mottley made the comments as she addressed and inspected the group, at the Regional Security System’s Air Wing, at Paragon, Christ Church.

“But remember always, that we are there to help and to understand because none of us would want to be in the position of many of those people, who have been left homeless or who have lost members of their family.”

Ms Mottley told the police officers to make the region proud by playing their part in helping a member of “our family” get back on their feet as soon as possible.

She said being asked to assist in the Bahamas was a signal honour for the police officers, and expressed the view that they were up to the task of helping to maintain stability and law at this very difficult time.

She underscored the importance of the RSS, saying she knew its benefit in helping to stabilize the situation in the Bahamas, so normalcy could resume for citizens.

Recalling when Barbados’ prison burnt over 10 years ago and Government made a decision to request RSS’ support, she continued: “Some felt it was a sign of weakness to ask for the assistance of the RSS.  I differed fundamentally then, as I do now because the most important thing in a crisis is for people to conduct ordinary business on a daily basis.

“If you, therefore, can help do the tasks such that…the civil capacity within the Bahamas can continue to do that which they were doing at the beginning of August, before Dorian hit them on September 1, then you would have aided significantly in helping to stabilize the situation,” she contended.

Within 36 hours of the all-clear being given, following the passage of Category 5 Hurricane Dorian, earlier this month, Prime Minister Mottley and Attorney General Dale Marshall went to the Bahamas, and she described what they saw in Abaco and Grand Bahama as “truly distressing”. 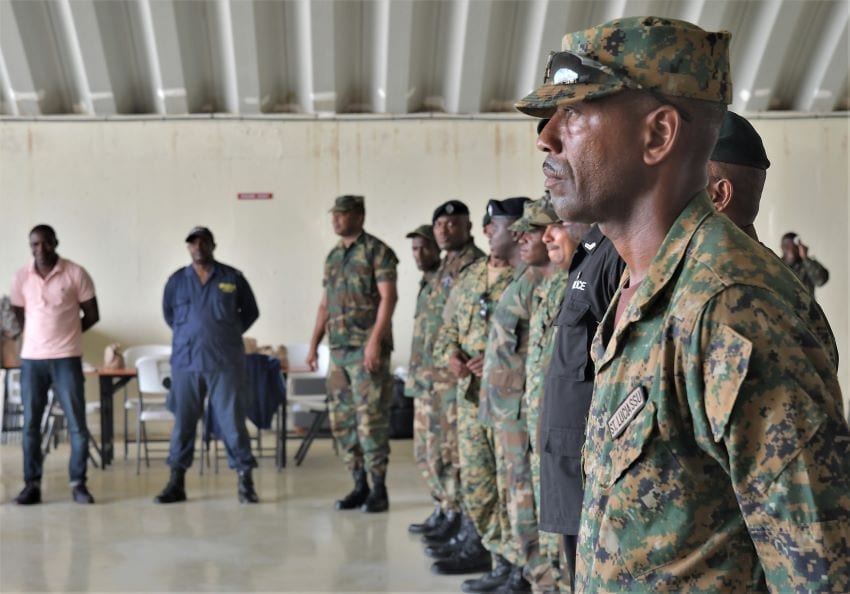 The police officers are from Antigua and Barbuda, Barbados, Dominica, Grenada, St. Kitts, St. Lucia and St. Vincent.  They will be travelling to the Bahamas on the RSS’ planes and will be there for three weeks.

Bahamians look for loved ones as 1,300 missing after Dorian