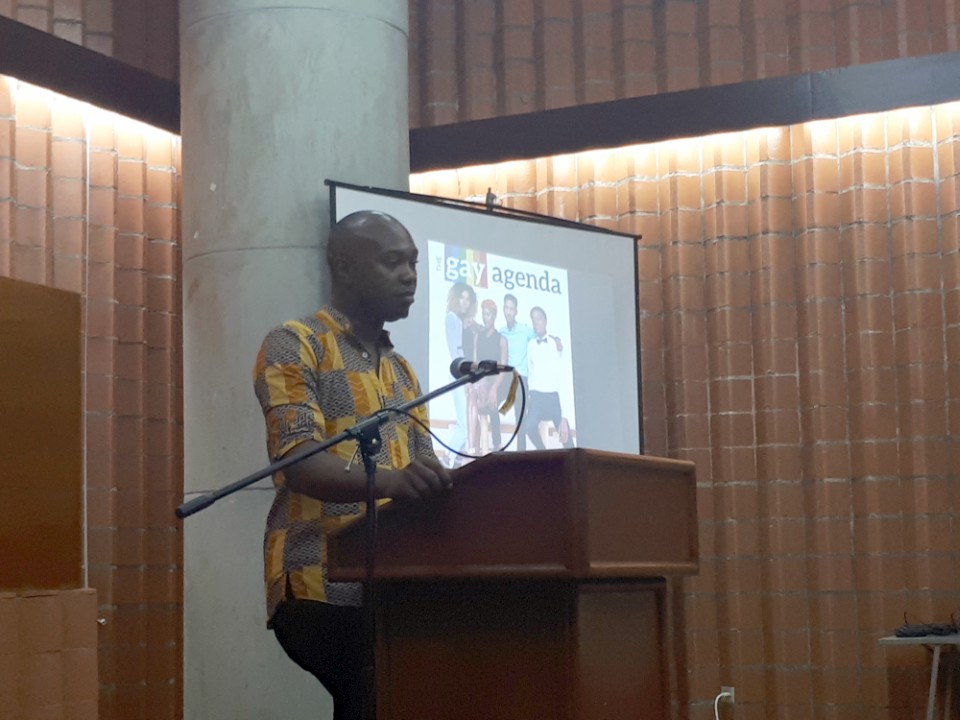 Executive Director of the Jamaica Forum for Lesbians, All-Sexuals and Gays (JFLAG), Jaevion Nelson, has called on LGBT communities throughout the region to adopt a unified approach to advancing the gay agenda.

Nelson delivered a lecture at the University of the West Indies (UWI), Cave Hill Campus where he urged each Caribbean territory to learn from each other so as to improve the conversation surrounding LGBT rights.

He congratulated Barbados on the recent staging of the Pride Parade and said this was a step in the right direction for building visibility of the LGBT community.

Like Barbados, Nelson noted, some Caribbean countries were making progress while others still had ground to cover. Referencing a Caribbean Court of Justice (CCJ) case which involved four transgender Guyanese nationals who were charged and fined for wearing women’s clothing for an improper purpose, Nelson said there was much to be learned from the work being done in other territories.

“What can we learn from Guyana and how to use the court case surrounding cross-dressing to improve and advance protections of LGBT people.

What can we learn from the conversations happening in Trinidad and Tobago and how can we use that in our respective countries and then find a space for us to come together... support each other and create space for new actors to participate.”

Earlier this year, the LGBT community in Trinidad and Tobago were victorious in a landmark case which saw the court rule that the country’s sodomy laws were unconstitutional. On September 20, the High Court is expected to rule on whether the section of the law that criminalizes sodomy should be removed from the law books.

Nelson also called on the LGBT communities across the Caribbean to practice the tolerance and patience they expected of non-LGBT people, noting that “many of us as LGBT advocates are not necessarily patient”.

He stressed the conversation between both sides should not be about who is right and who is wrong but rather about coming to a mutual understanding.

“It becomes about who can out-scream the other person and then we leave the conversation with the individual who has these warped ideas about the LGBT community, never having an opportunity to allay those concerns and understand the challenges we face and what the agenda is about.”

He called on these ones to make conversations about the gay agenda “sexy” by using language that people can connect with. He added, there needs to be conversation at the community, national and regional level about what kind of change the LGBT community wishes to see from society.

Video: Time for buggery laws to be repealed - LGBT advocate

8 things to know about the Trini buggery law ruling