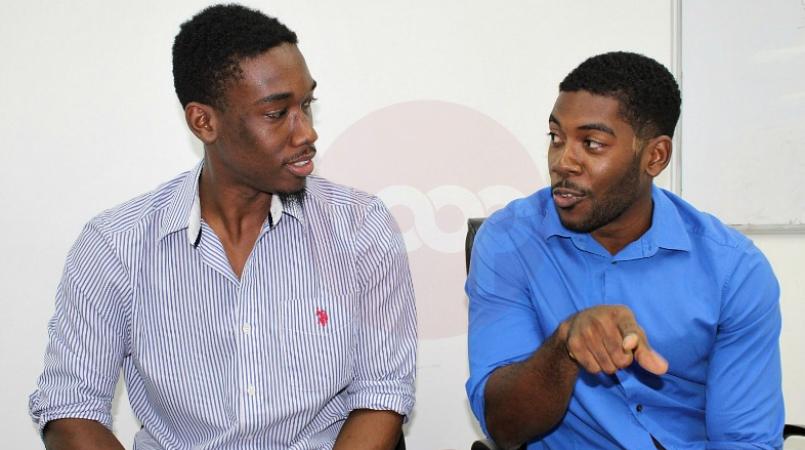 The environmental and social activist group ‘Research and Some Sense’ has made a call for policy change and prosecution to prevent road traffic accidents which result in fatalities caused by alcohol.

The activists, Marcus Myers and Jehroum Wood have been on an active social media campaign bringing awareness to issues affecting the island such as water scarcity, parrotfish and marine management.

In the two-minute video uploaded to Facebook a few days ago, Research and Some Sense questioned the reason for the delay in implementing blood alcohol testing for those involved in vehicular accidents.

One doctor from the Queen Elizabeth Hospital, according to Myers confirmed that one in three motor vehicle accidents were related to alcohol consumption, explaining that those involved often sought medical attention at the peak time for partying – late at night and during the Crop Over festival season.

Highlighting the science behind it, Myers said most people were of the view that ‘wukking up’ was a good way to rid the body of alcohol, but this is a myth.

“Really and truly, only two per cent of alcohol could be removed through sweat. The rest of it got to be removed through your liver. And I know wanna feel wanna livers strong but it ain’t that strong that you could drink and drive and not at least kill a mongoose.”

He went on to explain the impaired judgment which often accompanies drinking and the dangers it poses to road users while also highlighting other countries in the region who have made use of drinking limits legislation.

The Barbados Road Safety Association (BRSA) has been at the forefront of the call for the government to implement breathalyzer testing. President of the BRSA, Sharmane Roland-Bowen said the long-awaited initiative is an issue which must take priority.

The Association of Private Taxi Operators (APTO), headed by Morris Lee has also lent support to the call saying the testing should be made mandatory for all road users.