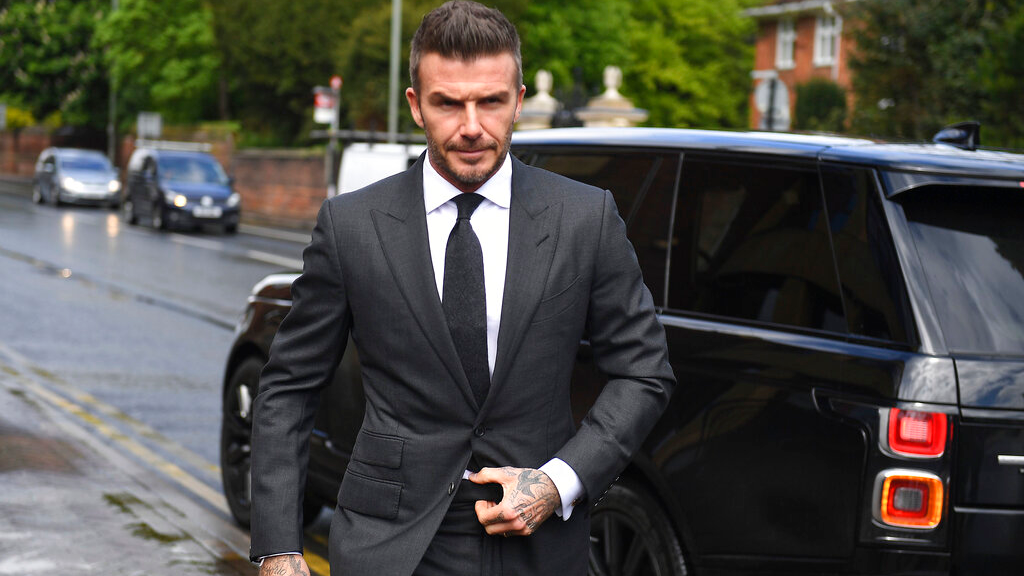 According to the Miami Herald, the analysis found arsenic contamination reaching more than twice the legal limit and hazardous debris in surface-level soil samples at the Melreese golf course, where people have played for more than 50 years. The 131-acre site is being considered for a sprawling $1 billion commercial and stadium complex that would be home ground for Beckham's MLS team, Inter Miami.

According to the consultant's report, the pollution underneath the grass on the golf course was caused by contaminated ash from a municipal incinerator shut down long ago. In some spots, the contamination is near the surface, as shallow as a half-foot (15 centimeters) deep.

The worse-than-expected findings were reported on Monday to city commissioners.

"This is the largest contaminated park in the city's portfolio," said Commission Chairman Ken Russell. "This is a concern."

The environmental firm EE&G, hired by Inter Miami, took more than 140 soil samples in recent months. Apart from the arsenic, it found barium and lead levels above legal limits.

"The debris included fragments of tile, metal and glass, mixed with fine-grain sands, which often exhibited a rusty color," EE&G found. "Intermittent wood fragments were encountered along with concrete and other non-native materials, but not evidence of municipal garbage."

Miami Mayor Francis Suarez said he was glad the site was tested, and said the city has chosen another consulting firm, AECOM, to conduct its own analysis of the findings. The firm also will be paid by Inter Miami.

"Basically, the site has significantly more contamination than what is commercially reasonable," Suarez said.

The findings could increase cleanup costs to $50 million at the site, team officials told Suarez. The Herald reported that it wasn't clear whether the added cost would make the plans for a stadium and commercial complex unfeasible. Inter Miami said it would not seek city dollars to pay for the cleanup.

The environmental concerns come as the city negotiates a 99-year lease for a commercial complex that would allow a 25,000-seat stadium, office park, a shopping center, and soccer fields on the roof of a parking structure.

Inter Miami's lawyers are expecting to propose a lease on Sept 12, and the terms would need the approval of four of five commissioners.