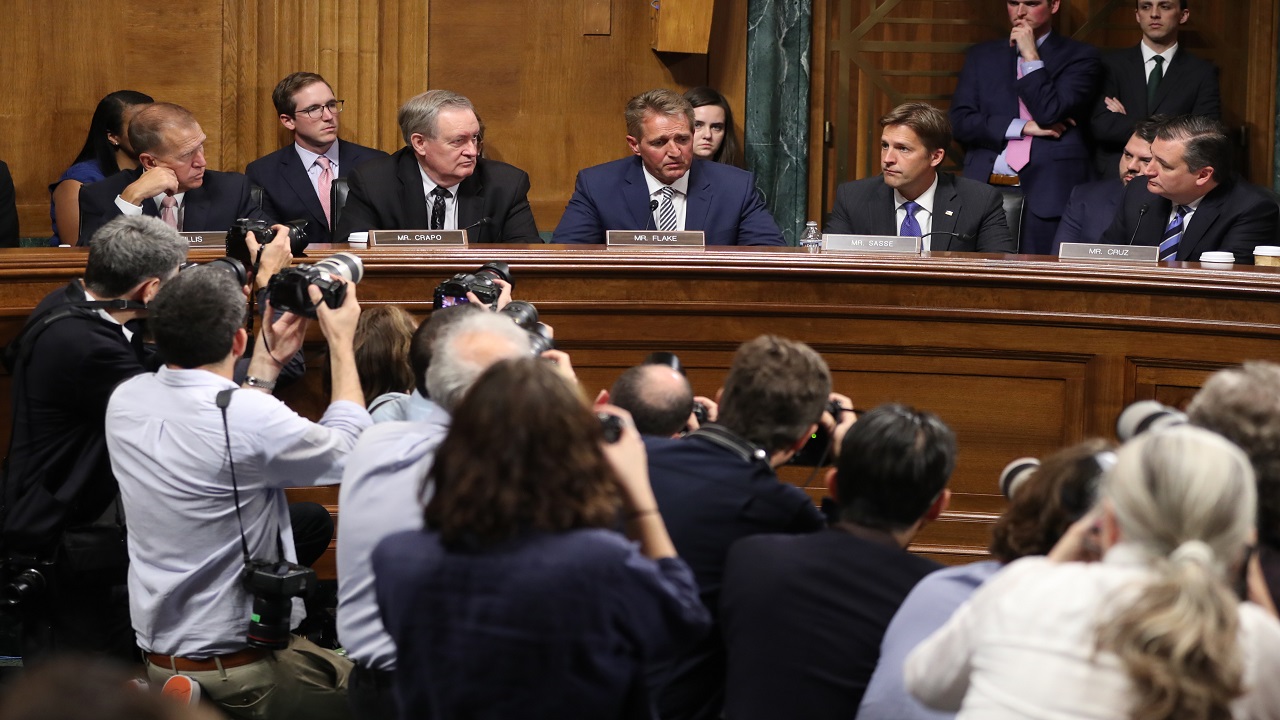 Sen. Jeff Flake, R-Ariz., speaks during the Senate Judiciary Committee meeting on Friday, Sept. 28, 2018, on Capitol Hill in Washington. Flake said it would be 'proper' to delay a Senate floor vote on Supreme Court nominee Brett Kavanaugh for a week. (AP Photo/Andrew Harnik)

After a flurry of last-minute negotiations, the Senate Judiciary Committee advanced Brett Kavanaugh's nomination for the Supreme Court after agreeing to a late call from Republican Senator Jeff Flake of Arizona for a one week investigation into sexual assault allegations against the high court nominee.

However, it's unclear if Republican leaders — or President Donald Trump — will support Flake's call for the investigation or might instead press forward with a full Senate vote on Kavanaugh's nomination.

The dramatic scene unfolded a day after Kavanaugh and his accuser, Christine Blasey Ford, testified in an emotional, hours-long hearing. Kavanaugh angrily denied the allegations that he assaulted Ford while they were both in high school, while she said she was "100 percent" certain he was her attacker.

Related article :'They were laughing': Ford says her attacker was Kavanaugh

Flake, a key moderate Republican, was at the center of the drama and uncertainty. On Friday morning, he announced that he would support Kavanaugh's nomination. Shortly after, he was confronted in an elevator by two women who, through tears, implored him to change his mind.

After huddling privately with his colleagues, Flake announced that he would vote to advance Kavanaugh's nomination to the full Senate only if the FBI were to investigate the allegations against the judge. Democrats have been calling for such an investigation, though Republicans and the White House have insisted it's unnecessary.