Residents pick up the pieces after Tropical Storm Harvey 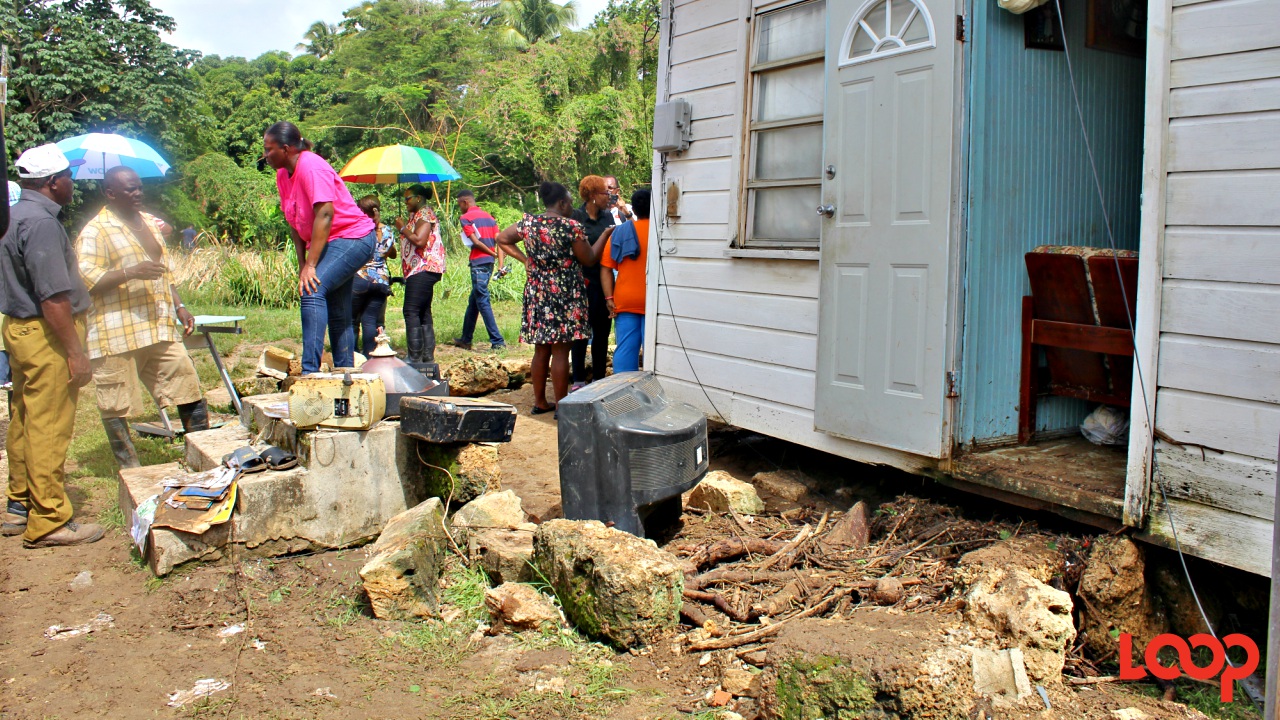 Residents from the district of Round The Town, St.Peter have been left picking up the pieces following the effects of Storm Harvey.

When Loop visited the area on Friday morning, residents were in recovery mode, trying to clean up the damage caused by the debris and mud brought by rushing flood waters measuring over three feet.

"Everything was going the usual where we would know rains coming, we expect rain so everybody would move them cars after we start to hear the water coming down the gully. So everybody evacuated them cars. It was then the usual with water coming over, water running going down the gap...and then it started to get really high," said one resident, who still seemed shaken up about what had happened.

He recounted the events which took place between last night and this morning, telling Loop that what seemed like "normal" rainfall soon transformed into a major flood situation.

"The water would usually come from up in the rocks, come through the gullies run into the canal and into the sea," he explained.

However, in this case, the steady rainfall from as early as 7 p.m. on Thursday night resulted in flooding and extensive property damage. Some lost crops, plants, animals, while one house, occupied by a family of five, was shifted some four feet off its foundation.

The rental house was occupied by Melanie Viera, Ricardo Cox and their three children. The family lost appliances, clothing and other personal effects and will have to seek shelter with relatives in the short-term.

"The house shift, the paling and everything, so the yard was flooded.There isn't much that can be done.The state of the house right now nobody can live in there," was the observation made.

One resident of the area told Loop that time flooding had caused such damage was back in 1984.

"This was something that my grandmother would've went through. Once upon a time there were houses in front of me that were washed away because of the 1984 flood."

He indicated that authorities had made an attempt to prevent flooding issues but the work done has caused other problems, with water going into areas where it did not before.

Another resident recalled a more recent occasion when flooding affected the neighbourhood:

"Probably like five years ago or more, there was a flood and it wasn't as bad as this. There wasn't any storm warming, we just had constant rains and the gap was flooded. It caught us by surprise - so much so that a couple cars got damaged and I had to jump over my gallery to save a car the last time. Right now the surface of the gap we're seeing is a surface we have not seen for a very long time because the gap was repaved."

As residents continued their clean-up efforts well into the blazing afternoon sun, they were visited by officials from various response agencies such as the Department of Emergency Management (DEM), Barbados Defence Force, Royal Barbados Police Force, the Welfare Department, the Minister of Home Affairs and Attorney General, Adriel Brathwaite, and Minister of Housing and Lands, Denis Kellman. Also coming out to assist the residents was Barbados Labour Party candidate for the area, Colin Jordan.

DEM Director, Kerry Hinds, told the media the Welfare Department would do a "socio-economic assessment of the situation" to come up with solutions for households impacted by the storm across the island.

"My heart goes out to the persons who would have had some loss as a result of Tropical Storm Harvey. This [tour] of the district] was to reinforce that we are here to offer whatever assistance we can as humanly possible."

She outlined that parts of Christ Church also suffered wind damage during the storm, with houses and a church in Providence losing their roofs.

"There were a number of power outages, which the Barbados Light & Power would have been rectifying over the course of the morning, initially with the Rapid Response crews and now [Friday afternoon] with the larger crews which would restore power. There were a number of fallen trees and the Ministry of Public Works as well as volunteer agencies such as the Roving Response Team - they too would have been on the ground so we can return these communities to a state of normalcy."

Attorney General Adriel Brathwaite assured that a solution had been found for one family that indicated they had nowhere else to go this weekend.

He praised the community effort in the clean-up process, saying he was very impressed with the level of cooperation from private individuals and entities.

"In Christ Church, I saw fellows with hammers and so on, going to repair roofs and I want to thank them for that." He also praised the staff of Government agencies who were out rendering assistance to affected neighbourhoods. "When I came down to Speightstown, already the Environmental Health Department was here, Drainage, MTW was here."

"There's a role being played by everyone to ensure that we can return Barbados to as close to normal as possible."

Barbadians get a Grade ‘A’ for their response to TS Harvey