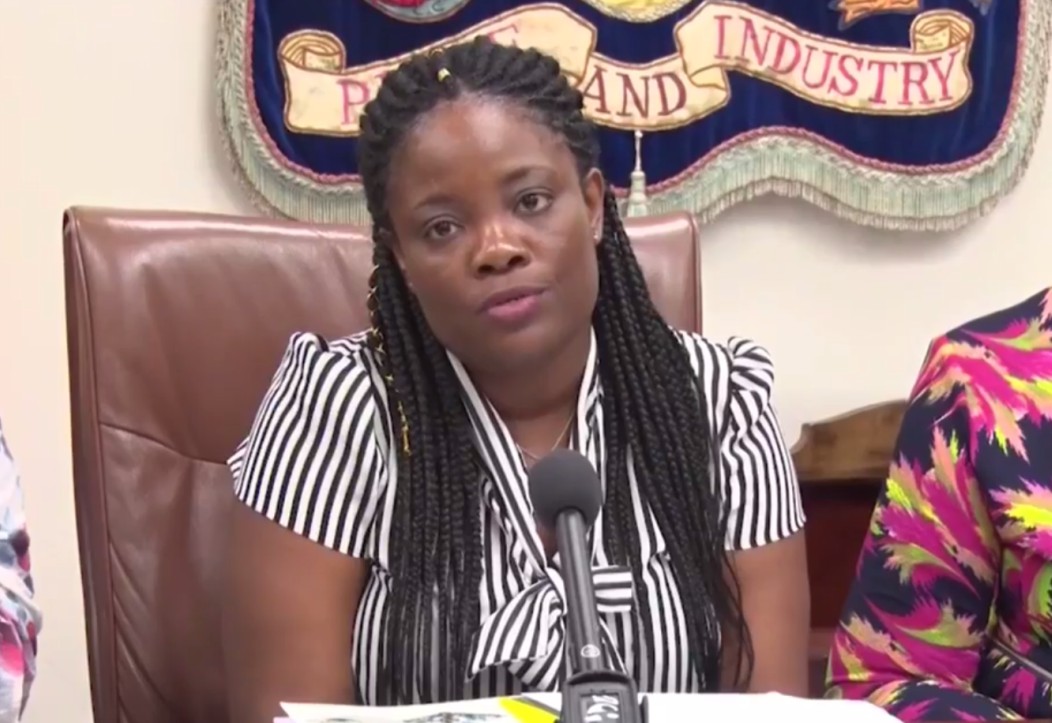 Residents across Barbados have been urged to closely monitor the approach of Tropical Storm Dorian as a tropical storm watch has been issued for the island.

That means that tropical storm conditions are possible within the watch area, generally within 48 hours.

As the Barbados Meteorological Services (BMS) issued the first advisory on the system just after 5:00 a.m. today, Sunday, August 25, Director of the Department of Emergency Management (DEM), Kerry Hinds, reminded residents to listen to advisories issued through the Met Office, DEM and the Barbados Government Information Service.

As a result, Hinds is urging the public to ensure that they have their emergency kits, batteries, water, canned goods, and other emergency supplies on hand. Persons should also have emergency plans and important documents close by.

Meanwhile, the public is also encouraged to visit the DEM’s website at www.dem.gov.bb; their Facebook page at https://www.facebook.com/dem/246, or visit the Department’s Instagram page for hurricane preparedness tips.

They may also sign-up to receive alerts through the Common Alerting Protocol (CAP) by visiting the DEM website and signing up for email notifications. Alternatively, persons with iPhones may visit the Apple Store, while those with android devices may go to the Google Play Store to download the application.

The Director further stressed that persons should also ensure the safety of their elderly relatives and be aware of the emergency shelters closest to them. “Don’t wait until it is too late to take precautions. Please remember, it only takes one system to cause disruption,” Hinds stressed.

In the first tropical storm advisory on the system issued at 5:00 a.m. today, Meteorologist 1, Wayne McGeary, explained that Tropical Storm Dorian was centered near 11.0 degrees north, 51.6 degrees west, or about 555 miles or 890 kilometers east-southeast of Barbados.

The system has maximum sustained winds of near 40 miles per hour or 65 kilometers per hour, with tropical-storm-force winds extending outward up to 25 miles or 40 kilometers from the center. The minimum central pressure is 1008 milibars.

Mr. McGeary further explained that the system continues to move towards the west at 13 miles per hour, and on its present track, the center of Tropical Storm Dorian is expected to pass over or near Barbados late Monday, August 26, early Tuesday, August 27.

He added that sustained surface winds between 25 to 35 miles per hour with gusts to storm force are expected to spread across Barbados on Monday afternoon and persist into Tuesday. In addition, pockets of moderate to heavy showers, periods of rain and scattered thunderstorms are expected.

The Meteorologist further noted that rainfall accumulations of at least two to four inches are possible late Monday into Tuesday with isolated higher amounts. As a result, some flash-flooding is likely in low-lying areas. Residents are therefore urged to be on the alert and take all necessary precautions.

Mr. McGeary also cautioned that large easterly to south-easterly swells of 2.5 to 3.5 meters or between eight to 12 feet are also forecast to accompany the system. Low-

lying coastlines around the island will be particularly vulnerable at times of high tide. Large waves and dangerous rip-tides can be expected.

He warned that these conditions will create unsafe conditions for small-craft operators and fishermen. Sea-bathers and other users of the sea are also advised to stay out of the water. A High-Surf Advisory and Small-Craft Warning will be in effect from noon on Monday, August 26 until 6:00 a.m. on Tuesday, August 27.

A small-craft warning means that wind-speeds of 25 to 33 knots or 47 to 62 kilometers per hour, and or seas equal to or greater than three meters or 10 feet, will be affecting the marine area.

A High-Surf Advisory is issued when breaking wave action poses a threat to life and property within the surf zone.

Further information on the system may be obtained by dialling 976 2376 or by visiting www.barbadosweather.org; www.agriculture.gov.bb; or www.facebook.com/BarbadosMeteorologicalService/. For a full list of shelters, persons may also visit www.dem.gov.bb or www.gisbarbados.gov.bb.