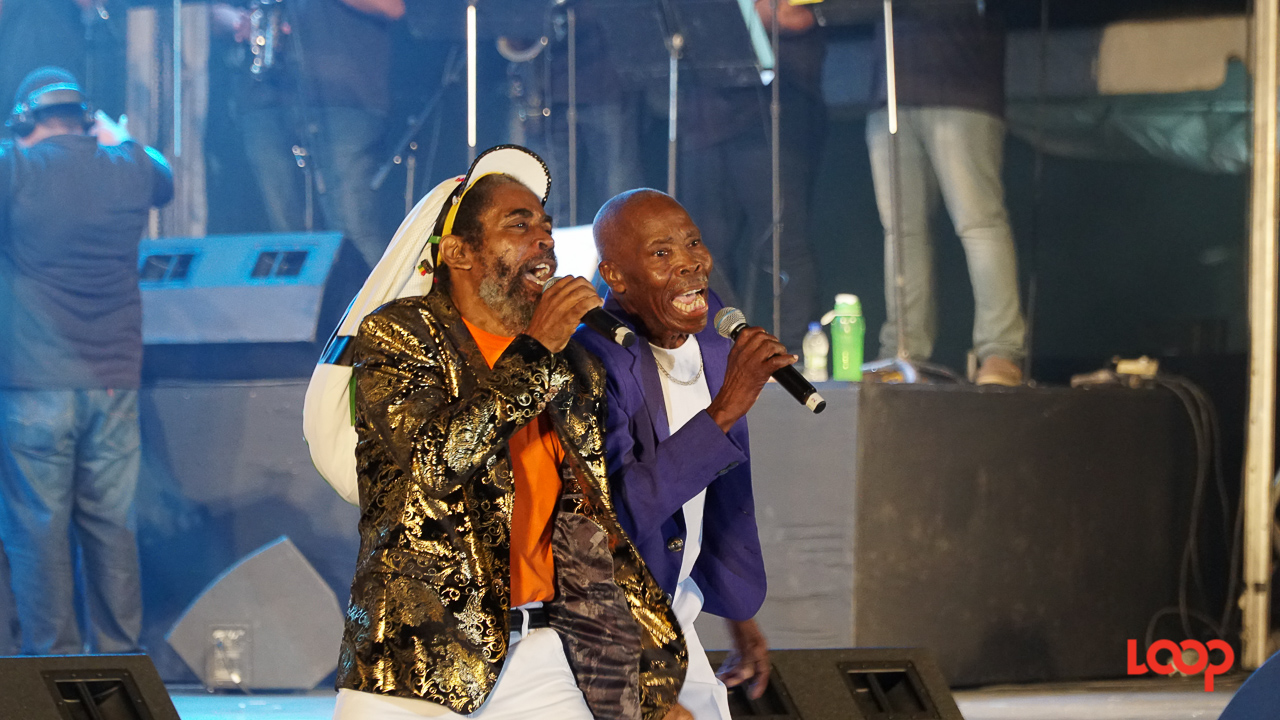 Ras Iley and Grynner on the Party Monarch stage.

Road March legends Ras Iley and Grynner showed that they might be ‘old, but not cold' when they brought the fire and stormed to second place in the Party Monarch competition at Soca Royale on Sunday night.

They share nine Tune of the Crop titles between them and singing ‘D 2 Ah We’, the two of them showed that they were definitely not too old for the party.

Ras Iley, who once set Spring Garden on fire, and Grynner, who is the undisputed Road March King of Barbados with seven crowns, lit a fire under their competitors who had to 'get out de way' as the veterans put down a masterful performance.

Even in his seventies, Grynner showed the fancy footwork and gyrations that have been his signature in his 40-plus years in the business, and 30-plus year veteran Ras Iley, once dubbed Mr Energy, worked the stage as only he can.

It took Lil Rick’s own special brand of ‘Energy’ to beat the charged up pair packing a powerful punch. 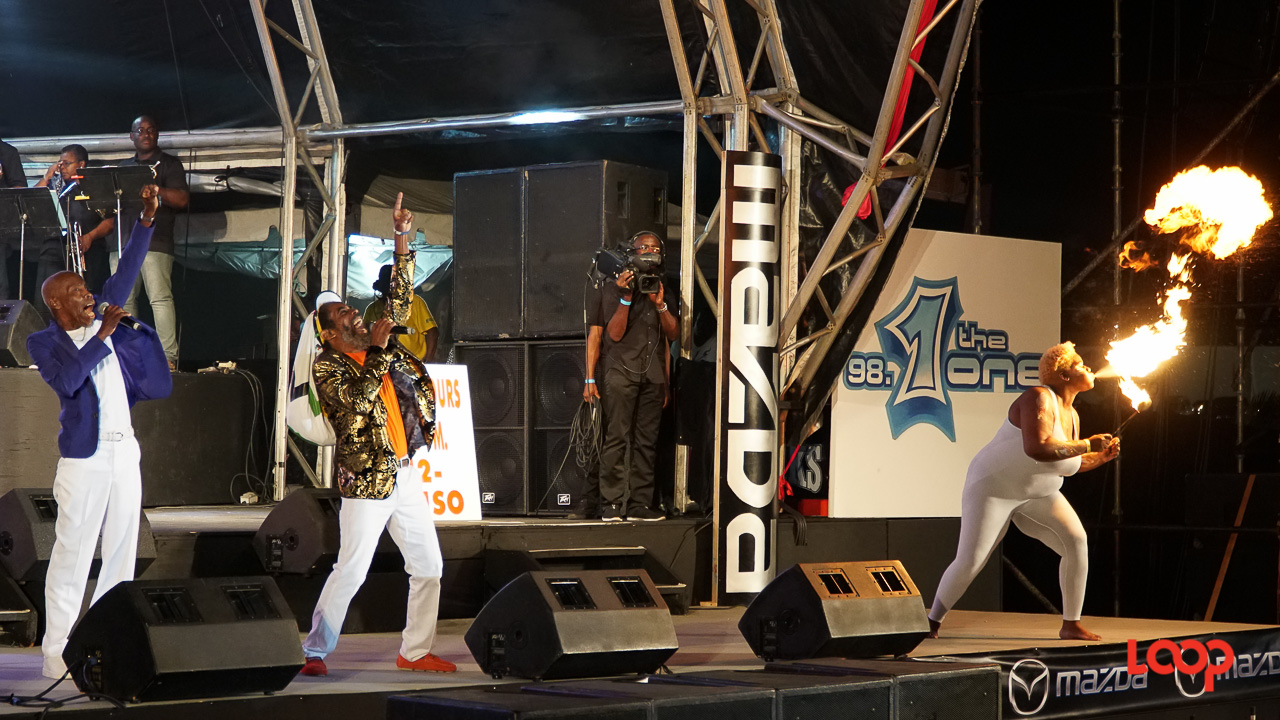 Speaking to Loop News after their performance, Ras Iley highlighted the need to respect the veterans and pioneers of an art form.

“People want to write you off to the point where they don’t even want to play the music that built Crop Over, so it’s like they put we in a home and discard us because they focusing on the younger generation,” he lamented. “[But] We know that we still have some energy left and because they put us there, here comes this opportunity for us to showcase it one more time.”

He urged, “The powers that be need to ensure…you  always have to gel young people with the ones that paved the way because it’s important – it’s like children raising with their grandmother. If you’re not around that environment, you don’t have a sense of your history and you can’t really go forward not knowing your past.”

He called for society to respect the roots that have grounded the rapidly expanding Crop Over Festival.

“If the DJs on the radio station don’t educate them on who the Mighty Grynner is, who Ras Iley is… we start with a Pic-O-De-Crop and from that evolved Sweet Soca and Party Monarch and now they got bashment – so everything derives from Pic-O-De-Crop, so you just don’t discard Pic-O-De-Crop because the rest happening. So like any other walks of life, we gotta make sure that we harness young people with the older generation so that they can get that experience.”

Ras Iley was happy with their performance even before the results were known, saying simply, “I’m satisfied and pleased to see that we came up here in what’s supposed to be a battleground for the young people and dealt with the case.”