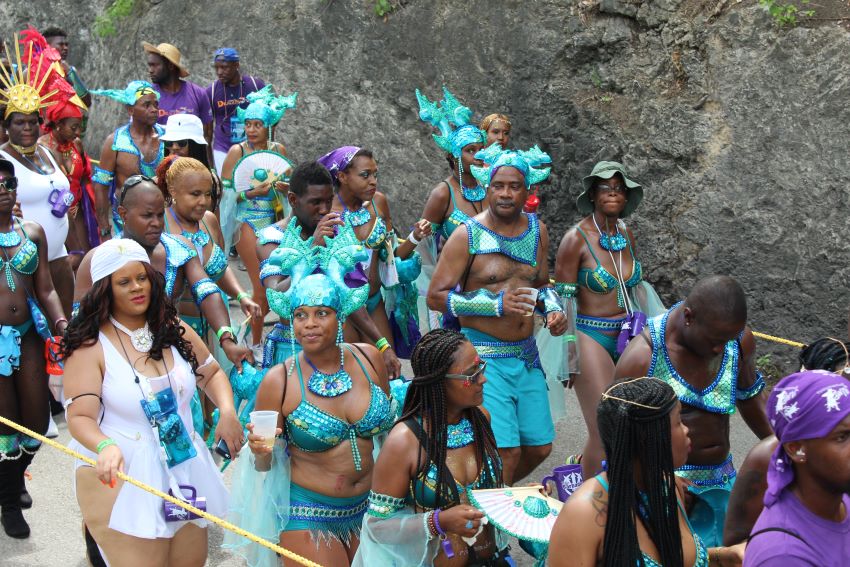 Members of the public are being urged to be on their best behaviour as the 2019 Crop Over Festival climaxes on Monday with Grand Kadooment.

Under the Public Order Act (1999 to 2017), persons, if found guilty of engaging in disorderly conduct, are liable on summary conviction to a fine of $5,000, or to imprisonment for six months, or both.

In particular, the public is reminded that it is an offence to enter a Kadooment band without permission under the Public Order Act.

According to the Act, a person, who in respect of a public festival is not a member of a band, or is not authorized to do so, should not enter the band without permission while it is in an assembly area, or on a prescribed or designated route.

Any person who enters a band after being forbidden to do so, who uses threatening or abusive words or engages in disorderly behaviour likely to constitute harassment, or cause alarm or distress to any member of the band for the purpose of securing entry into the band, either for himself or another person, or who fails to leave the band after being directed to do so by an authorized person, is guilty of an offence.

WATCH: Rise 2019 patrons got a great Caribbean mix in Barbados