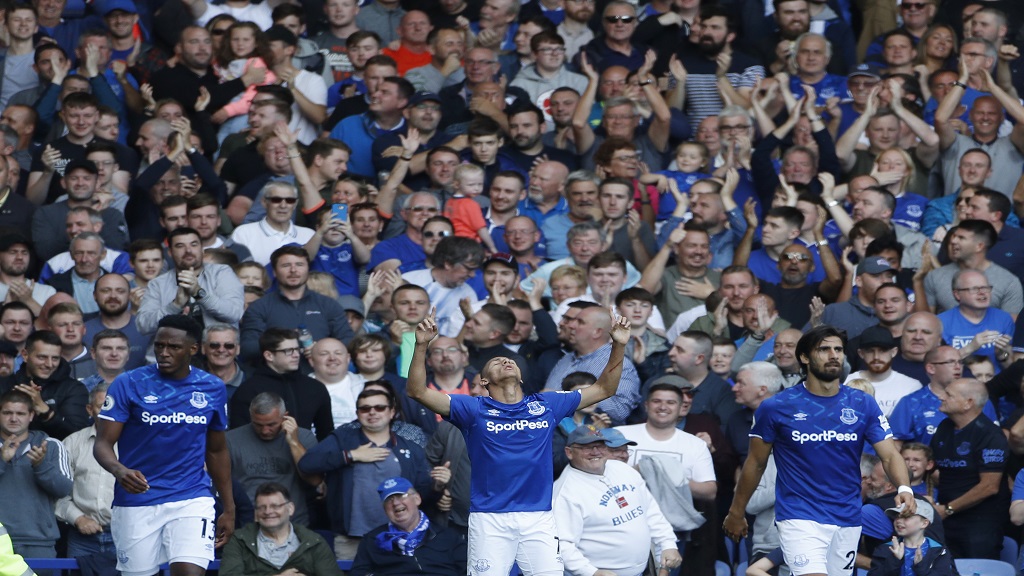 Richarlison scored twice and Everton twice threw away the lead against Wolverhampton Wanderers before winning 3-2 in the Premier League on Sunday.

Bookending Alex Iwobi's goal, Richarlison scored the first and last goals of a frenzied game that lurched between moments of quality, to a long spell of mediocrity and back again to provide an entertaining finish.

Everton handed full Premier League debuts to a trio of summer signings in Moise Kean, Fabian Delph and Iwobi. All three made an impact with Iwobi scoring for the second successive game and Delph, holding things together in midfield, particularly impressive.

Romain Saiss and Raul Jimenez, with his eighth goal in eight starts in all competitions this season, twice pulled Wolves level but defeat left them still looking for their first Premier League win after three draws.

Two of the three goals conceded by Wolves were down to poor defending, with the opener particularly disorderly.

Conor Coady hesitated in playing a backpass to Rui Patricio so when he eventually did, the goalkeeper was taken by surprise and could only stab the ball to Kean, who fortuitously diverted it into the path of Richarlison and he beat Coady on the line in the fifth minute.

Everton, with six successive home league clean sheets having not conceded since February in its last Goodison defeat, would have been hopeful of extending that run considering their record so far this season but that evaporated within four minutes.

Adama Traore, the right wingback, skipped past Lucas Digne and his low cross rebounded invitingly for Saiss to fire home from close range.

Everton came back and Gylfi Sigurdsson swung in a right-wing cross that Iwobi headed home at the far post in the 12th.

After the break Richarlison and Iwobi continued to threaten down the flanks without producing any genuine end-product but it was enough to have Wolves backpedaling.

Jimenez produced the equalizer in the 75th, stealing in at the far post behind the napping Digne to bundle home a Ryan Bennett long throw flicked on by Willy Boly.

But Richarlison had the final say, heading home a deep Digne cross 10 minutes from time.