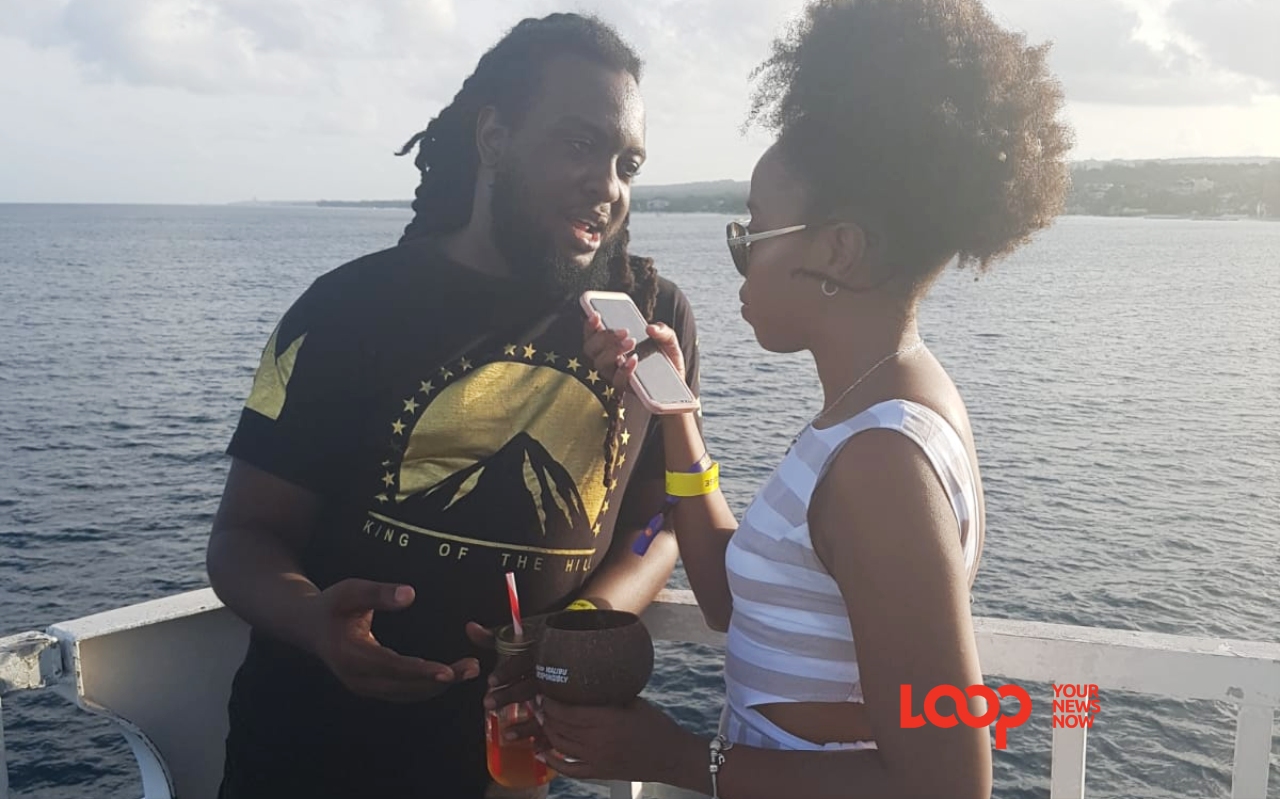 Rico Jean-Marie is a father and despite how his DJ alter ego comes across when he’s on the 1s and 2s, he loves his children and wants all parents to help their children live their best lives.

His DJ alias is Rico Love.

Loop chatted with him after his set on a cruise on MV Harbour Master this summer. He was a guest star on Escape by Ignite Bim.

Related article :Don’t try to be a Surf Rat!

With a last name like Jean-Marie, Loop started the interview there, discovering his heritage. Laughing he said, he is Bajan but his mother was Lucian and she came to Barbados when she was like 15 or 16 years old. His mum has since passed on, but he still speaks so highly of her. He said, “Lord rest she soul.”

At 33 years old, Rico Love truly shows his mantra, “music is my life.” Watching him command crowds or seeing people react to a Rico Love promo CD, Loop wondered about his secret, but it will remain secret, even to him, because as he said, “moving crowds, I can’t tell you how I’s get it do, I’s get it do! The things that I does talk, I can’t tell you how, but I does talk it, and it’s fun!”

But where many a deejay just fell into this thing, Rico kind inherited his passion.

“My Father had a dub house years ago, and when Jerry Dan and Father Crab and Bard all uh dem done play, I used to on de set early pun a morning. Get in a lot of trouble. Get my a** cut nuff times for doing it too. You know how it goes? As a kid I was troublesome, now as a man I got two kids, one on the way right now and like it’s wonderful watching them grow and doing worse than what I did. So like, it’s an experience.”

Knowing that people enjoy his sets, he said, “Truth? I appreciate that people does like live through me vicariously because I do talk a lot of sh*t, but de things that I talk is reality at the same time, because I got friends that go through some of the same things that I talk… I went through a lot of sh*t as a youngster growing up. So it’s just life for me and what people going through now could be worse, or they could do better, but everybody goes through some things all the time. It’s just reality.” 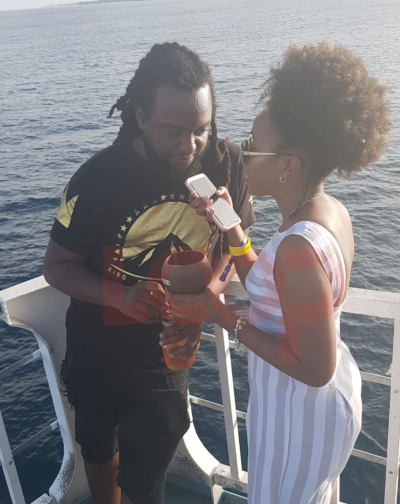 With many complaining about unemployment and the economy still, Rico said that he likes being able to help people. “When people come out vex, not greeing with their boyfriend, or not greeing with their girlfriend or got bills they can’t get paid and I relieve them from that pain, even if they don’t hear me live, like a CD or some stuff, I does feel good, ‘cause everybody gotta get away from their problems.

And like a pharmacist knows his chemicals and medicines, Rico said that some people need soca, others rap, others some reggae and he said that he can play all. “Music to me, no matter what genre it is, music is great.”

Speaking to Rico the dad, Loop ask what advice he has for parents whose children want to pursue a non-traditional job.

“As a parent, as myself a parent, my big son is nine years old, and my last son is four, parents need to show their children the right road. Don’t curse them. Don’t pressure them… Teach them the right road and how to go about things that they wanna do. Don’t follow nobody. Be yuhself!”

In terms of his children, he added that all he does, he does for them. “I tell them, what daddy do is like daddy works to make sure y’all get school good, y’all have a good education. Daddy works hard to make sure that wunna don’t starve, wunna don’t have to beg anybody for nuttin, clothes, everything set.”

To young persons thinking to be a deejay, he shared:

“Find a different job. First thing first, this job is crazy. Promoters try to trick people a lot. A lot of dishonest people in the business, whether it be artistes or deejays, promoters, some people are dishonest, but if it is a passion and a love you have, do it!”

The former St. George Secondary School student is the same age as DJ Surf Rat, crossing his index finger and middle fingers on his right hand he said, “Me and Surf like this.”

DJ Puffy has learned life lessons from his mother

Birthday Big Up: DJ Mali Fresh is anxious now, not nervous, to perform