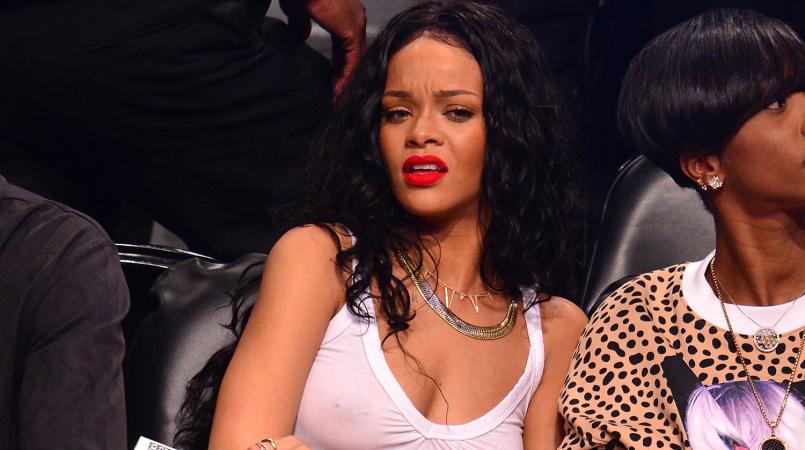 Barbadian singer and entrepreneur, Rihanna unleashed a stinging criticism of Snapchat for what she has deemed as an insensitive ad posted on the site.

Ri Ri is well known for her sharp tongue and she did not hesitate to let Snapchat know, in an Instagram story, that their ad was both unwarranted and inconsiderate.

"I'm just trying to figure out what the point was with this mess! You spent money to animate something that would intentionally bring shame to DV [domestic violence] victims and make a joke out of it!!! ... all the women, children and men that have been victims of DV in the past and especially the ones who have not made it out yet.... you let us down!"

The advertisement Rihanna referred to, was from the Snapchat game 'Would You Rather!'. It asked users to choose between slapping Rihanna or punching Chris Brown. 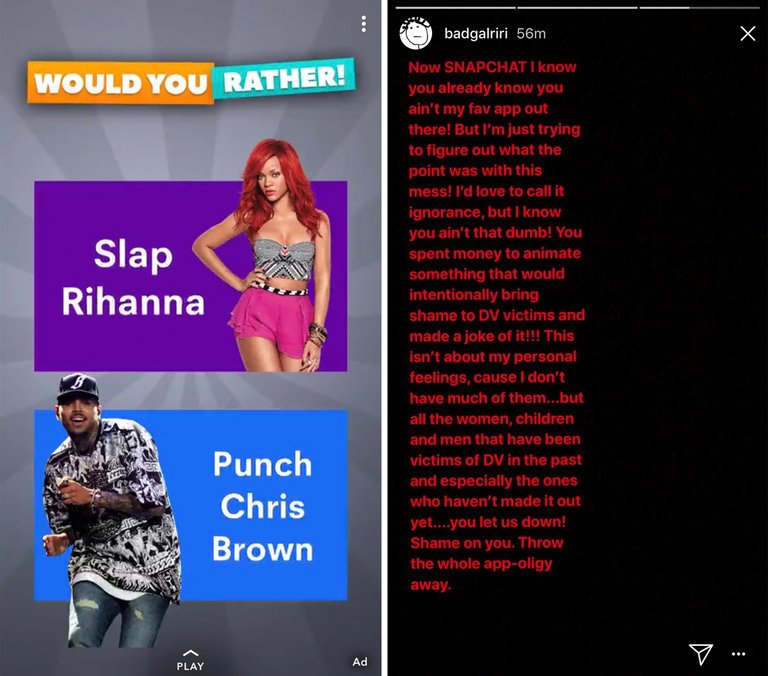 The ad has since been removed from the Snapchat site and a spokesperson from the company has issued an apology saying, "This advertisement is disgusting and never should have appeared on our service. We are so sorry we made the terrible mistake of allowing it through our review process. We are investigating how that happened so that we can make sure it never happens again.”

Rihanna and Chris Brown were involved in a domestic dispute back in 2009 which resulted in Brown being charged with felony assault and he received five years probation for the offense.

This recent advertising blunder by Snapchat has seen the stock of the owner company, Snap Inc. drop by four percent. The company has reportedly been struggling financially since it went public last March having recorded dismal financial results last year for three consecutive quarters. Just last week, Snap Inc. announced that it will be cutting 120 engineers.

Loop News has contacted Snap Chat for a comment.