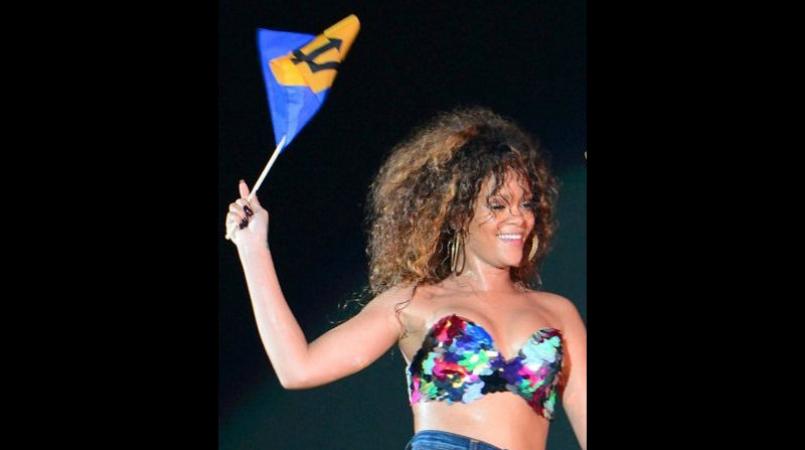 International singer Rihanna will open the concert with the singing of the National Anthem accompanied by a choir of primary school students.

With only 43 days left until Barbados celebrates its 50th anniversary of Independence, the Government of Barbados and the 50th Anniversary Independence Secretariat are pulling out all the stops for the month of November.

Prime Minister Freundel Stuart, along with other government officials and heads of organisations including tourism, police, health and education attended a press briefing this morning at Ilaro Court to give an update on the schedule of events running from November 1-30, 2016.

No doubt the most anticipated event will be the Golden Anniversary Spectacular Mega Concert which will feature international superstar Rihanna.

RiRi, along with a choir of primary school students, will deliver a rendition of the National Anthem at the Garrison Savannah on November 30 at 8 pm. The Independence Parade also scheduled for November 30 will feature an ‘enhanced parade’ at the Garrison at 8 a.m.

Celebrations will also feature a human chain link around the island such as what was staged back in November 1979. The Ministry of Education will be responsible for this event to be held on November 28 at various locations around the island.

Other events scheduled for the month include a 50th anniversary Service of Thanksgiving at Kensington Oval on November 27, a musical theatrical production entitled ‘Mirror, Mirror, Show Me a Hero’ to run from November 17-26 dedicated to the memory of the late Dame Nita Barrow. As usual the month will open with a Lighting Ceremony in Heroes Square, The City and Barbadians are being urged to join the lighting up parade by adorning their homes and business with blue and yellow lights.

Prime Minister Stuart addressed the concerns about the allocation of $7 million for the plethora of events slated for November by saying the celebrations are "securely within budget". He also called on Barbadians to not only celebrate the golden jubilee of Barbados but also to reflect on the sacrifices many would have made in allowing the country to be one of the top small island developing states.