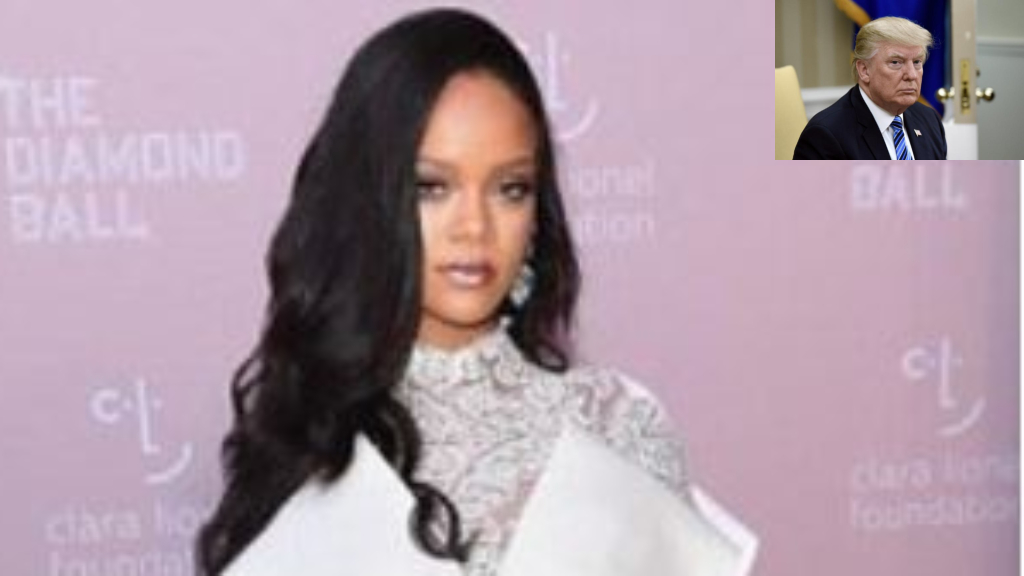 Barbadian-born superstar Rihanna is not known for holding back, so it's no surprise that she is making her stance on politics in the United States loud and clear.

Just yesterday the philanthropist who has increasingly been vocal about social and governmental issues around the world, used Instagram to gave her support for the Democratic nominee for Governor in Florida, Andrew Gillum. And with just one day before the midterms in the United States on November 6, she is not letting up.

It all started with a tweet yesterday from Political Analyst for MSNBC and NBC News, Philip Rucker:

"Currently, Rihanna’s “Don’t Stop the Music” is blaring in Chattanooga as aides toss free Trump T-shirts into the crowd, like a ball game. Everyone’s loving it."

A post which eventually came to Rihanna's attention and she made it known that she will not be having it:

"Not for much longer...me nor my people would ever be at or around one of those tragic rallies, so thanks for the heads up philip!" 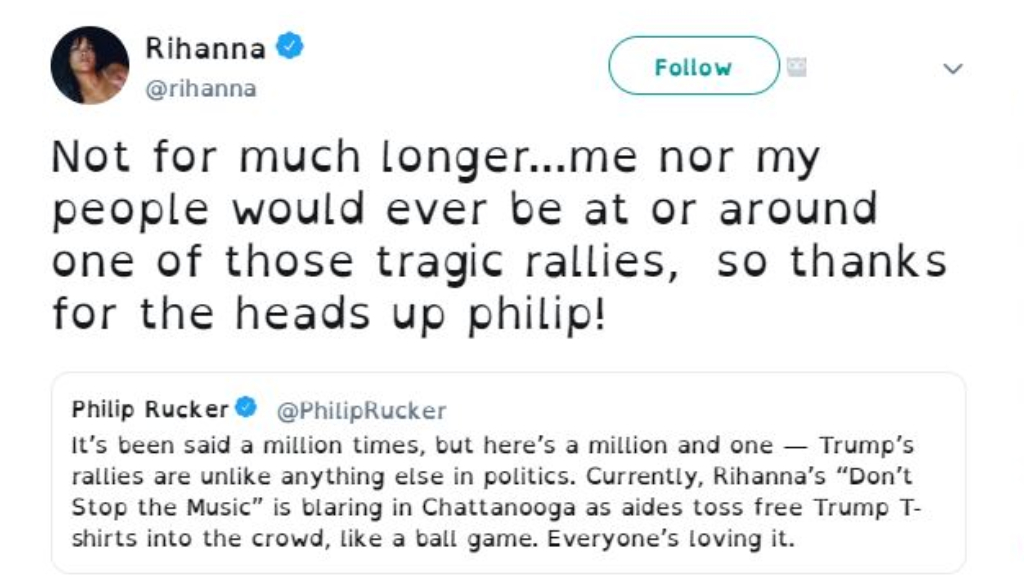 The anticipated cease-and-desist letter from Rihanna's legal team would not be the first President Trump would be receiving, as a wide range of artistes have previously demanded that he does not use their music at his rallies.

Just recently, Pharrell Williams issued Trump with a cease-and-desist letter after he played his song 'Happy' at a rally in Indiana.

One of the issues of contention was that the song was played just hours after a mass shooting at a Pittsburgh synagogue.

That mass shooting has been reported to be the deadliest attack on Jews in that country.

Rihanna: 'Couldn’t sleep' without trying to help everyone she can