WATCH: Rihanna is a sarcastic 8 ball 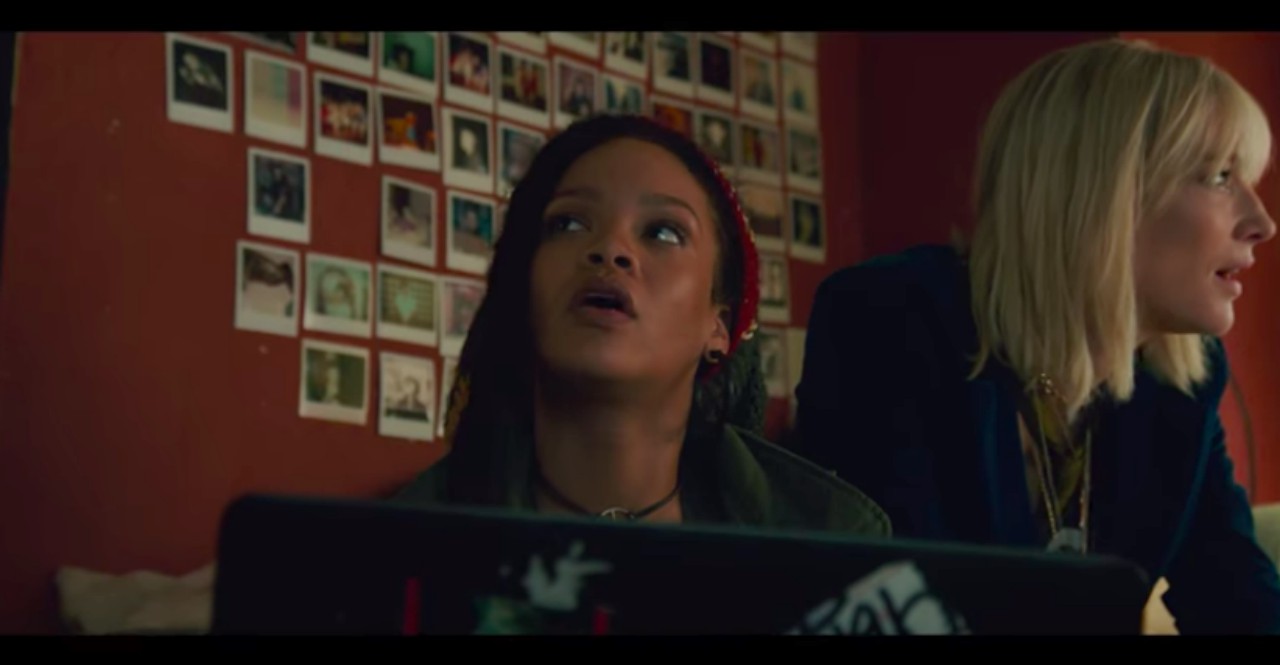 Rihanna in her scene. (Screenshot from Ocean's 8 first trailer)

Sandra Bullock may be the heist leader in Ocean's 8, but for the Caribbean, Rihanna, as the character Eight Ball, is the star.

In a few seconds within the new trailer for the film set to be released June 8, 2018, Rihanna is truly a 'bad gal'. She is a hacker with mad skills.

In the first trailer for Ocean's 8, which dropped on Warner Bros. Picture's YouTube channel yesterday, December 19, 2017, as Bullock goes around finding herself some accomplices to make the heist a success, she comes upon Rihanna sitting at her laptop. She asks, 'What's your name?'

Sarcastic in two lines and as weird as it may seem, in just those two lines, her Bajan accent seems to be in place for the film too, but to be sure, we'll need to hear some more lines from Rihanna.

However, let's face it, even if she only clicks away at the computer and utters not another word, Rihanna rocking her faux locs has already won the lead in the hearts and minds of the millions living in the Caribbean along with her fans around the globe.

Rihanna posted her snippet from the two-minute, 31 seconds-long trailer on her Instagram and it has garnered over 2,300,000 views in just 18 hours.

The trailer already has over 4.4Million views and is number 2 on Trending on YouTube.

Bullock's all-star team includes Mindy Kaling, Cate Blanchett, Awkwafina, Sarah Paulson and Helena Bonham Carter as they plot to snatch a $150 million diamond necklace from Anne Hathaway's neck at the annual Met Gala. The new film is based on the previous Oceans series with Brad Pitt, George Clooney and an all-male team of stars.