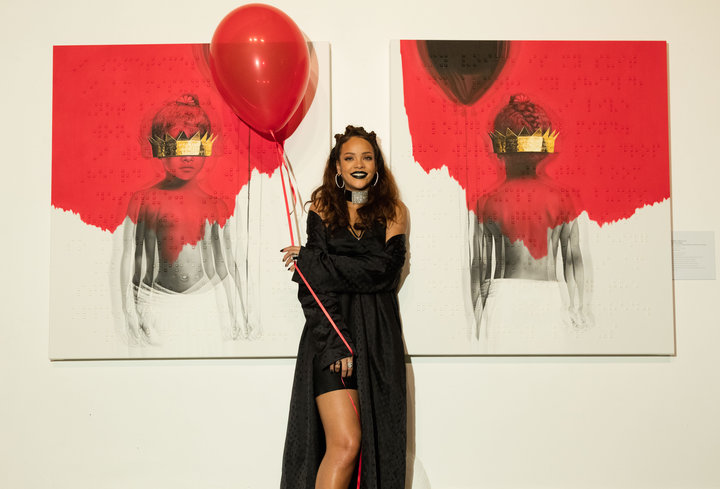 Rihanna gives all the praise for her latest record-breaking achievement to The Almighty.

Proving yet again that that Rihanna reign just won’t let up, the Barbadian-born songbird has attained the top number on Billboard’s Dance Club Songs chart for the fifth time this year.

Posting a screen grab of billboard’s article – Rihanna is the first to hit five No. 1s in one year on Dance Club songs chart, on her official instagram page she captioned the photo ‘the Glory is Yours Lord!!!’ 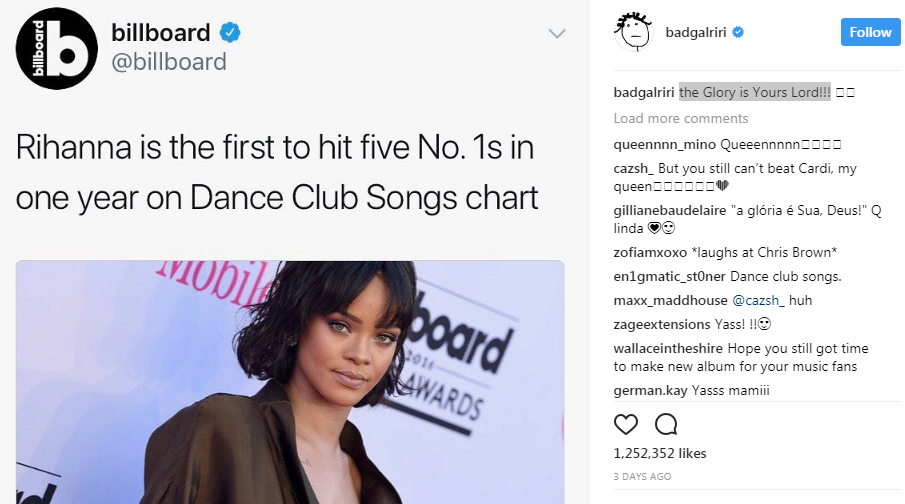 Rihanna beat out Lady Gaga, Beyonce and Katy Perry to it, with each of them having four No. 1s between January and December.

According to Billboard.com "Desperado" is her fifth No. 1 of 2017, seventh from the "ANTI” album, and 32nd total leader.

Desperado is the 32nd song by Rihanna to top the charts, second to Madonna’s 46 in the 41-year history of the charts. Beyonce ranks third all-time with 22 leading songs.

But the year has not ended yet. With two more months to go, RiRi has time to work more record-breaking magic and she is releasing her Fenty Beauty Galaxy collection this Friday, October 13, 2017.

Here is an updated look at the acts with the most No. 1s since the inception of the Dance Club Songs chart on August 28, 1976.