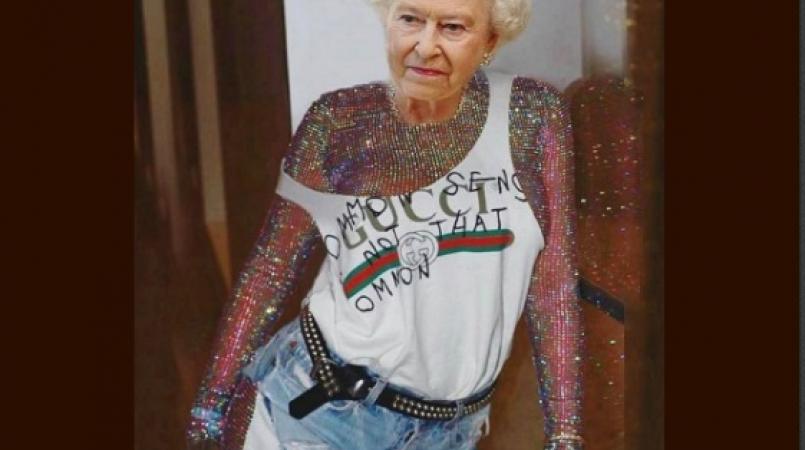 "Disrespectful!" "This is soo offensive RiRi!!" Those are just some of the comments which were left on Rihanna's Instagram posts.

"Disrespectful!" "This is soo offensive RiRi!!" Those are just some of the comments which were left on Rihanna's Instagram posts.

Rihanna is once again the topic of a social media storm - not surprising. What is surprising is the person who is also involved in the debate.

No it's not Azealia Banks or some other celebrity... but Queen Elizabeth II.

The Queen celebrated her 91st birthday over the weekend and Rihanna seemed to commemorate the big occasion as well... but of course with Rihanna flair.

The Barbadian superstar took to Instagram to post four superimposed photos of herself in racy styles, with the Queens head on top and many persons are not happy about it.

One photo labelled "be humble" received comments such as, "humble? how can you preach us to be humble while you show disrespect to the queen?!"

Another comment on a photo entitled "#gucci" stressed that Rihanna's actions were no different to that of many artists in Britain:

"If you find this disrespectful then you might never want to visit an art exhibition in London."

Some persons saw the humour in the photos, as seen in the comments, "Queen got to be killing herself with laughs. I know Prince Harry is".

Rihanna does it again: photoshopped Queen Elizabeth is back!

Rihanna on the Empire State Building, how 'BAZAAR'!