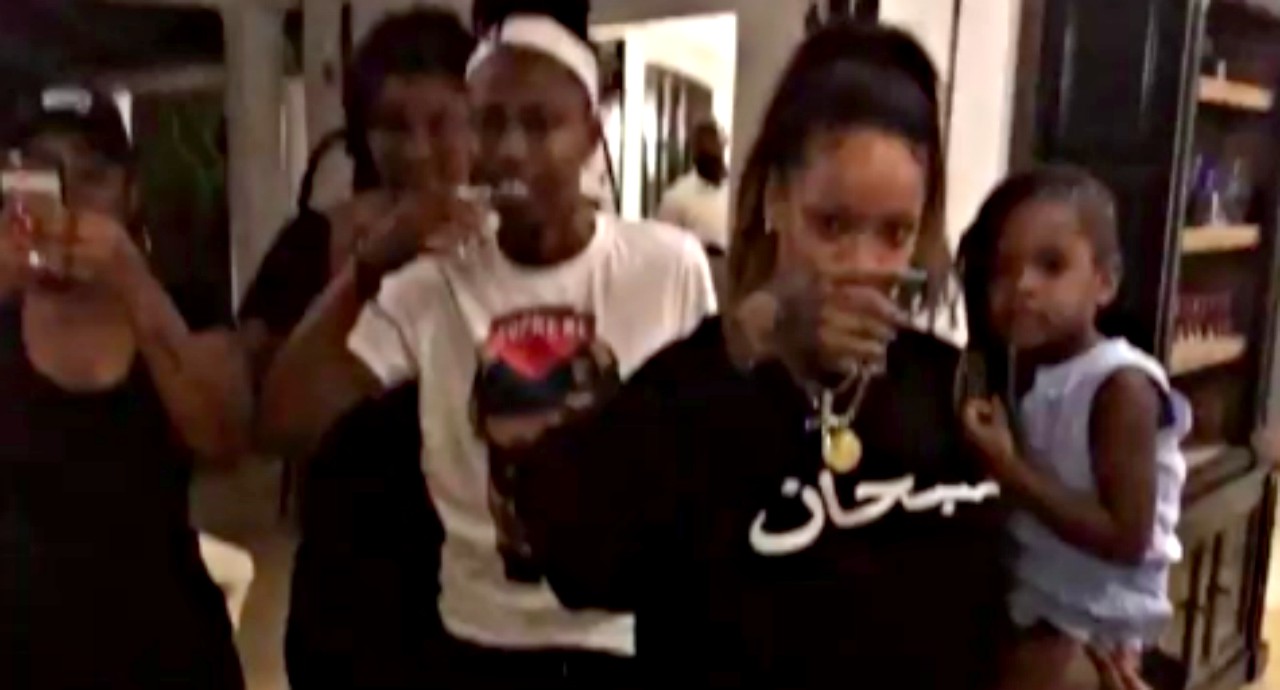 Tanella Alleyne's Instagram has been nothing but her baby brother Tavon Alleyne since his tragic death on Boxing Day.

Up to yesterday, she posted a photo of her 20-year-old brother who was gunned down in Eden Lodge, St. Michael and captioned it:

"Most handsome, Easy going , Pleasant and Respectful young man I know! God knows your heart. I love you brother you were always there for me and I was always there for you." And she added the crying emoji and broken heart.

Tanella was one half of a twin, but her sister died when they were 14-years-old, and since then according to her, Tavon has been "My twin my everything. R.I.P Brother"

Taking Henny shots for you brother , I would rather be taking shots with you!! We love you Tavon. ❤️💔👼🏾😭

Since his untimely death the day after Christmas 2017, Tanella has been sticking closer to her family. In a video on her Instagram, she is seen with her cousins including Rihanna, Majesty, Rihanna's mother Monica Brathwaite, Nikia Alleyne, Nicolette Alleyne, Nikolai Alleyne, Noella Alstrom and others.

The adults raise their shot glasses in the video, when Rihanna tells Tanella, "You gie de speech". She simply says, "This one for you bro." And Rihanna points out that the extra shot is actually for Tavon. They all then raised their glasses, said 'Cheers' and took the shots in honour of their loved one.

In another video, Tanella pours the shot for Tavon on the floor and says 'This one for you Tavon', before she sniffles.

Tanella captioned the series of videos taken all the same night, 'Taking Henny shots for you brother , I would rather be taking shots with you!! We love you Tavon.'

Today police made a breakthrough in Alleyne's murder case, and the 23-year-old who was arrested and formally charged goes before the court in Barbados today. He is Shawayne Dashawn Williams, 23 years of White Hall #1, St. Michael. Williams was in police custody as investigations continued. He was not arrested today.

Alleyne's murder was the last murder recorded for Barbados for 2017 and it brought the year's total to 30.

Rihanna pays tribute to her cousin