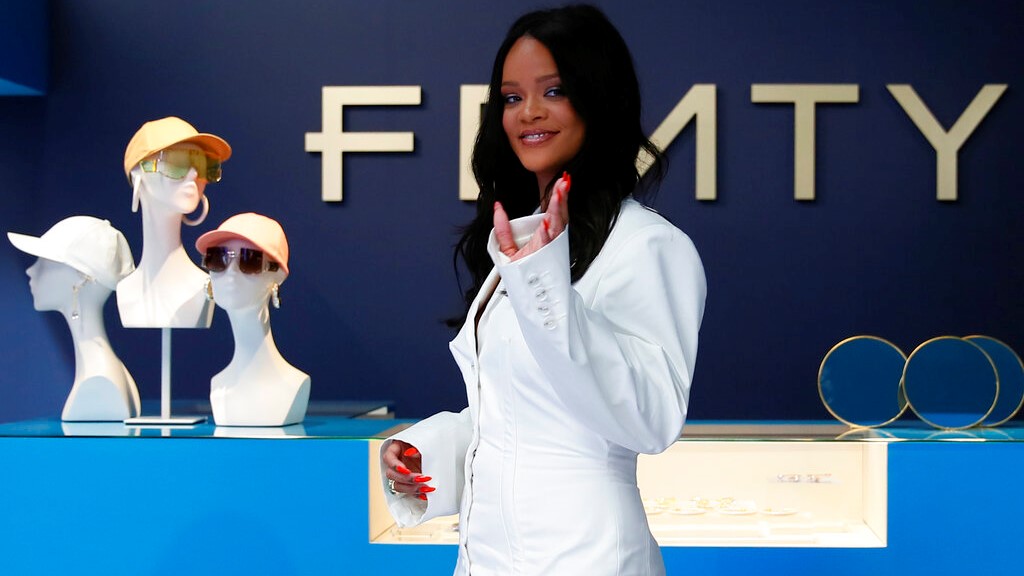 At almost every turn in her life, one achievement after the next, Rihanna continues to thank the Father Almighty.

When she came home for the renaming of the road where her childhood home was located from Westbury New Road to Rihanna Drive, some online sources tried to paint a picture of Barbados' songstress as a devil-worshipper, distorting her words.

But the truth was in her 'thank you' speech.

And most recently when the Grammy-award winning singer became the first black woman to be in charge of a major luxury fashion house in Paris, RiRi wrote on her Instagram page:

"big day for the culture.
thank you Mr.Arnault for believing in this little girl from the left side of an island, and for giving me the opportunity to grow with you at @LVMH . This is proof that nothing is impossible. Glory be to God."

In her interview with Jeremy O. Haris at the New York Times Style Magazine, T Magazine, on collaborating with a powerhouse like LVMH, Rihanna said;

“I’ve been slowly evolving throughout the fashion world. First wearing it, buying it, being recognized for my style and then collaborating with brands. I never just wanted to put my name on something and sell my license. I’m very hands-on, so I wanted to take it slowly and gain respect as a designer.

I already had a relationship with them after the Versailles campaign and the makeup line, so they extended the offer to me and it was a no-brainer because LVMH is a machine. Bernard Arnault was so enthusiastic; he trusted me and my vision.”

On being the first black woman to own a fashion house like hers, she also said:

“You’re going to be black wherever you go. And I don’t know if it’s unfortunate or fortunate, because I love being black. So, sorry for those who don’t like it — that’s the first thing you see before you even hear my voice… I do know that the reason I’m here is not because I’m black. It’s because of what I have to offer.”

Those who knew her as a child growing up in Barbados, know that she attended church with her aunt and cousin regularly.

And her mum is always posting Bible scripture, which is something Ri herself does on social media at times too. Speaking of her mum and God, when her mom found out about her daughter's big success, she too thanked God.

"When I told her about LVMH, she just couldn’t believe it. She said, “Oh God, glory, glory to God.” She’s so proud, so happy, and she’s still pinching herself." Rihanna is quoted as saying that to Jeremy O. Harris from the New York Times Style: T Magazine in an interview last month, after the news of her Parisian fashion house broke.