Rihanna wins 2017, and not with music 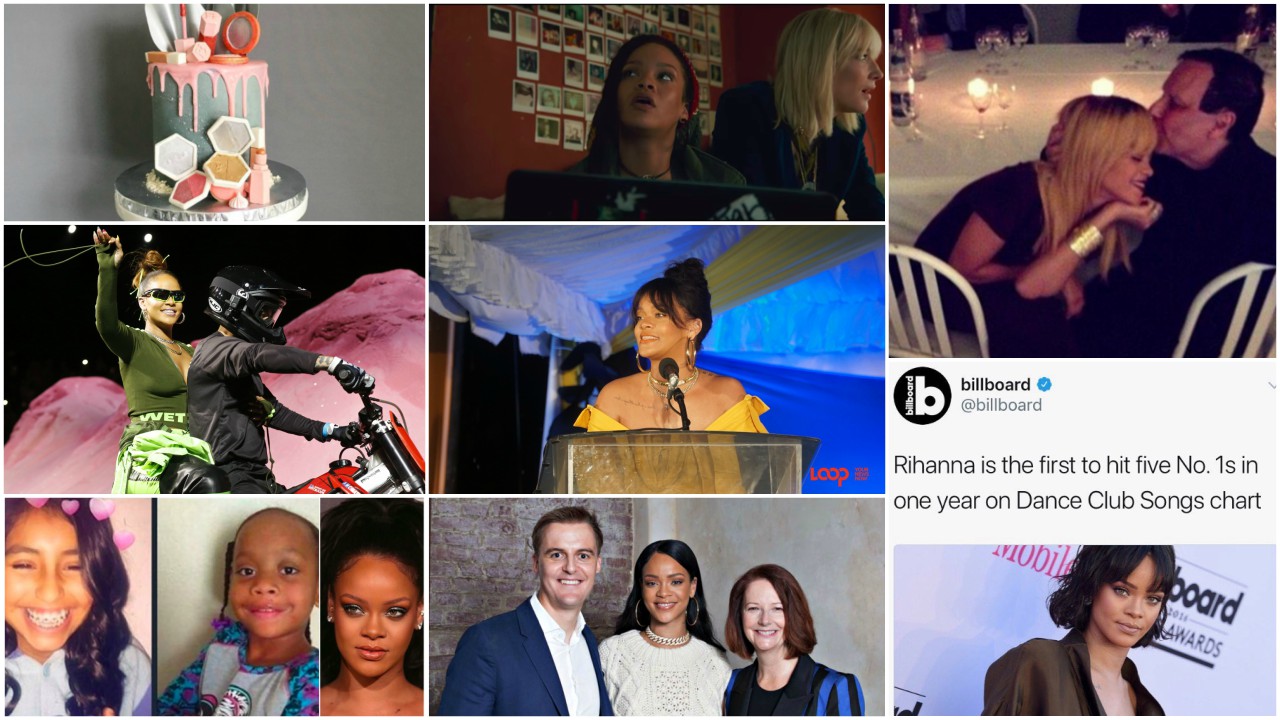 You may be wondering what song she dropped for 2017 that topped the charts, but in truth and in fact, Rihanna broke the internet more so with her business acumen and her philanthropy this year.

That’s not to say that with DJ Khaled she didn’t do damage with ‘Wild Thoughts’ and her album 'ANTI'.

Rihanna became the first person to hit five No. 1s in one year on Billboard’s Dance Club Songs chart in 2017. On her official Instagram page she captioned the photo ‘the Glory is Yours Lord!!!’ According to Billboard.com "Desperado" is her fifth No. 1 of 2017, seventh from the "ANTI” album, and 32nd total leader.

A woman of faith, the Wild Thoughts singer Rihanna used her platforms well whether she was on a podium before a microphone or on social media.

1. Rihanna said have faith in God, nothing about praying to satan

5. How you doin’? Wendy Williams spotted in Barbados

In addition, Rihanna dropped Fenty Beauty in September and made some $72 million with pieces selling out in hours. #GlossBomb #Galaxy It was even named as one of Time Magazine's Best Inventions of 2017.

She also made a splash at New York Fashion Week with her Fenty Puma 2018 spring-summer collection.

Rihanna’s Fenty Beauty inspired so much creativity as people made cakes featuring the makeup and some even wore it for Halloween. The Rihanna Navy continued to show their ‘Loyalty’.

As Bajans would say, “Rihanna get a whole road named after she”. Her childhood address of Westbury New Road, now reads Rihanna Drive.

On Instagram this year Rihanna continued to show she’s not ‘Selfish’ as she pushed her education for all agenda, she called for bullying to end #BulliesKill, she highlighted the plight of Cyntoia Brown and last but by no means least, she called for an end to #Gunviolence after her 21-year-old cousin Tavon Alleyne was gunned down in the last week of 2017, on Boxing Day.

In August, after she broke the internet in her Aura Crop Over costume, the next week her charity – the Clara Lionel Foundation donated equipment to Barbados’ Queen Elizabeth Hospital. The monitor, valued at BBD$10,000, is known as a Rad 8 Signal Extraction Pulse Oximeter and is used for monitoring heart rate, pulse and vital signs. It can be used in children from as young as one-day-old as well as older infants.

Rihanna’s Clara Lionel Foundation announced a multi-year partnership with the Global Partnership for Education (GPE) and international advocacy group Global Citizen back in September. She is now a GPE Global Ambassador.

Barbados newest Cultural Ambassador is set to hit the big screen again in June next year as part of the Oceans8 cast. The world awaits this and everything else she has in store.

Rihanna was all yellow on Rihanna Drive