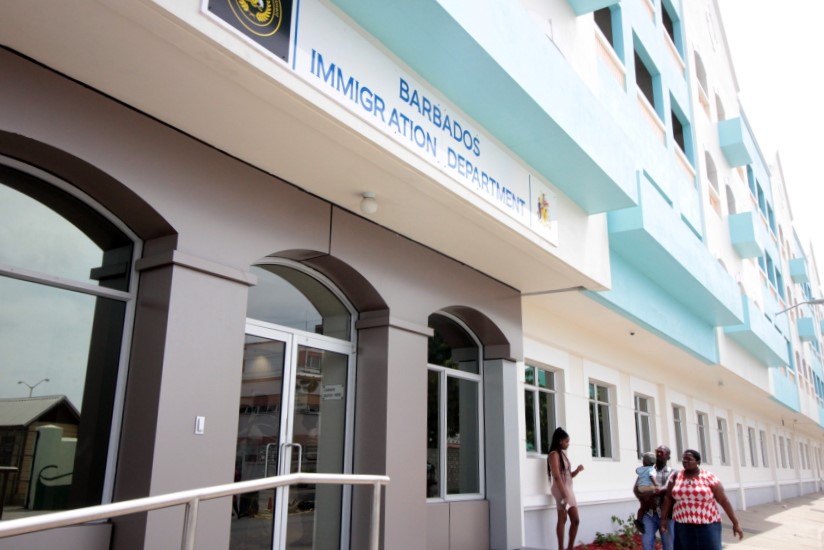 All efforts are being made to repatriate Juan Abraham Ramirez Rijo to the Dominican Republic.

But, to date, those efforts have been hampered as Mr. Rijo has no identification or travel documents to confirmed his identity or nationality.

This is according to a statement from Chief Immigration Officer, Wayne Marshall, in response to claims from Mr. Rijo that he was being held in a detention centre in handcuffs and kept in a cold room, which caused his nose to bleed.

Marshall gave the assurance that the Immigration Department “is committed and remained duty bound” to ensure that Mr. Rijo is returned safely to his homeland.

According to the statement, Mr. Rijo was one of 13 people rescued by the crew of a cruise ship en route to Barbados on December 20, 2018, from a small vessel which was adrift 47 nautical miles from Cabo Rojo, Puerto Rico.

The 13, including one pregnant female, were medically examined, found to be in good health, and were housed in a secure location until they were identified.  They were also allowed to contact family and friends in an effort to return home.

However, only 12 of them were able to return to the Dominican Republic after being housed in a detention facility in Barbados for two weeks, as Mr. Rijo was unable to return due to a lack of identification.

“Over the past three months the department conducted an in-depth investigation seeking the assistance of local and international entities and was able to gather information relating to his identity. This information included biometric and biographic data and was forwarded to the authorities of the Dominican Republic.

“However, the authorities [in the Dominican Republic] have stated that they are unable to confirm his identity, and that he is likely to be refused entry if he presents without a valid Dominican Republic travel document,” Mr. Marshall said.

The Immigration Department also sought the assistance of a Barbadian who lived in the Dominican Republic to communicate with Mr. Rijo, and also to make contact with officials from the Ministry of Foreign Affairs in that country.

As a result, Mr. Rijo continues to be housed at a detention centre in Barbados where he is cared for daily, and provided with medical attention from doctors at the polyclinic, the emergency medical technicians at the airport and the Port Health Nurse.

The statement noted that none of his ailments were considered serious, and he was always deemed fit to return to detention centre.

The Chief Immigration Officer said that over the past few weeks Mr. Rijo became increasingly agitated and frustrated, abused his privileges and refused to adhere to instructions.

“He also became disruptive, threatened and used abusive language to Immigration Officers,” he stated, noting that the assistance of the Royal Barbados Police Force was sought on four occasions.

Marshall also refuted claims that the non-national was kept in handcuffs or restrained at any time, pointing out that persons in detention centres were not handcuffed or restrained.

“Mr. Rijo’s case is unusual, since most detainees are repatriated to their homeland in a day or two.  However, the officers have gone beyond the call of duty to ensure that his basic human rights were not infringed.  Moreover, he was allowed to walk around freely in the detention area until bedtime,” he explained.

The Ministry of Foreign Affairs is actively engaged in talks with its counterpart ministry in the Dominican Republic to acquire satisfactory evidence that Mr. Rijo is a citizen of that country.

Remains said to be US war dead repatriated from North Korea