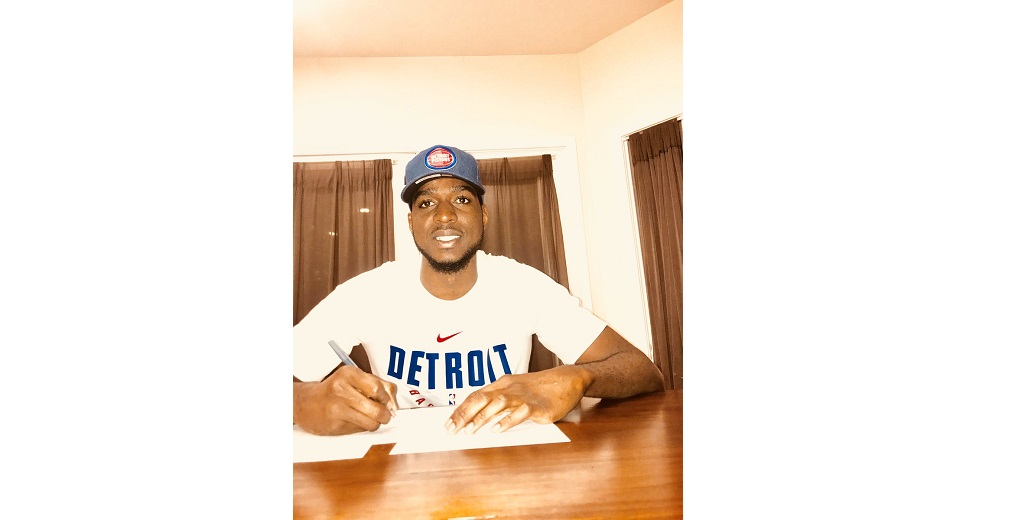 Hailing from the rural community of Rio Claro in south Trinidad, a 24-year-old man put Trinidad and Tobago on the map when he signed his first NBA contract.

Johnny Hamilton signed with the Detroit Pistons and took to Twitter on July 31 to express his excitement.

“What a day to be alive. Thanks to the almighty, my family and coaches for having my back and helping me grow into the man I am today. I couldn’t do it without y’all. Thanks to the @detroitpistons for granting my first opportunity to be a Professional Athlete.”

He began his long journey to the NBA when he started playing for the Warriors in Rio Claro before he joined NBS Ambassadors that campaigned in the Mayaro Basketball League.

His college career started at Virginia Tech where he played sparingly in two seasons. He then transferred to the University of Texas-Arlington where he was given an opportunity to play.

Although recognising his achievement, the Rio Claro born man is aware of the long road ahead.

"Thanks for all the love. The work has just begun. God is great ‼🙏"