Rise promises to give patrons a superior experience 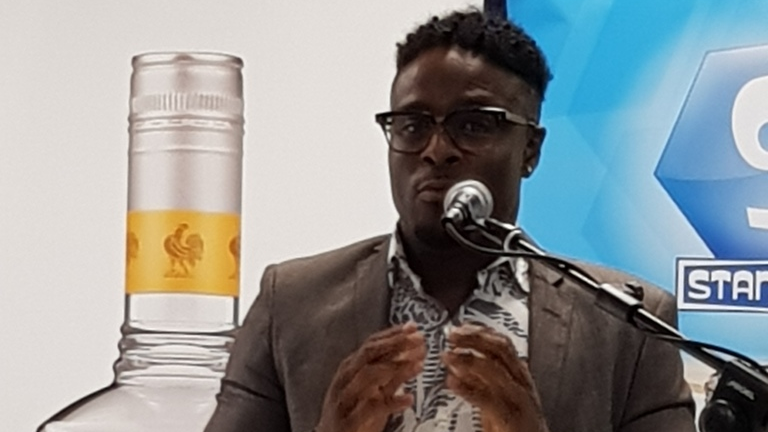 The organisers of Rise, the concert featuring soca superstar Machel Montano and Superblue, promises to give patrons an experience they will never forget.

Speaking at a press conference at Kensington Oval on Wednesday morning, media personality Kirk Brown said they have learned from past mistakes made by other events and are ensuring that everything from the management of the gate to the VIP section is up to par.

He pointed to the stage, which is already under construction, as a sign that the organisers are taking a different approach to the event.

Brown is one of the members of the production group, Mastermind Creative Productions, which is staging Rise in conjunction with JayUpscale from New York City.

The July 31 event, billed as the biggest on the Crop Over calendar, will also feature the best of Bajan soca talent such as International Bashment King Lil Rick, Hypasounds, Peter Ram, Nikita and Red Plastic Bag, for whom there will be an entire cultural segment.

A number of top Bajan DJs will also be on the cast.

Noel Lynch, a representative of the Ministry of Tourism and International Transport, praised the organisers for staging the event.

He said it contributes immensely to the movement of people in the region, keeps regional airlines in the air and allows Caribbean people to enjoy their own culture in their backyard, all in keeping with the tenets of the Caribbean Single Market and Economy (CSME).

Also pleased with the event is Ben Toppin, CEO of the Kensington Oval where the event will be held.

Toppin said there is a need to showcase the versatility of the Oval and it must be used as a money-purpose facility especially for events such as Rise that generate foreign exchange.

He assured there will be no adverse effects on the facility and promised to show before and after photos to prove it.

Rise will be separated into three areas: General starting from $90, a "Full Monty" VIP complete with beer garden, cocktail bar and lounge for $300 and a VVIP area for premium platinum sponsors, Government ministers, celebrities and other specially invited guests.

The show is scheduled to begin at 9 pm.

Montano's set is expected to last 90 minutes and will include a set from Superblue. The duo copped the Trinidad and Tobago 2018 Road March title with their hit 'Soca Kingdom'. The achievement marked Montano's ninth Road March title and Superblues tenth.

Main sponsors for Rise are: Williams Industries Inc, Standards and 98.1, The One.

Great Bridgetown sights to see during Crop Over

D'Junction app comes to Crop Over