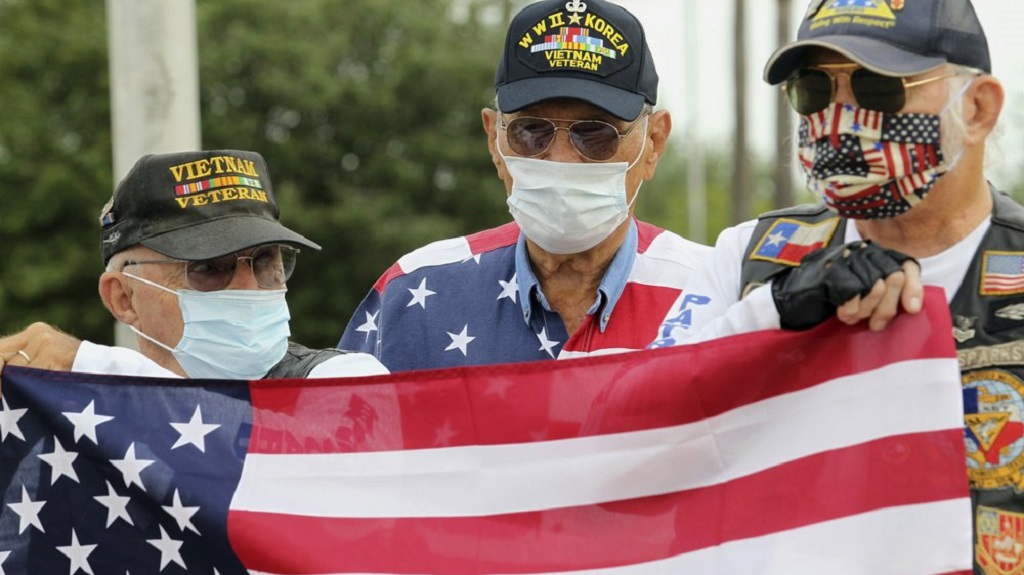 The risks of reigniting coronavirus outbreaks are complicating efforts to fend off further misery for the many millions who have lost jobs, with a top health expert warning that the world is still in the midst of a "first wave" of the pandemic.

"We're still very much in a phase where the disease is actually on the way up," Ryan told reporters, pointing to South America, South Asia and other areas where the number of infections is still on the rise.

Mindful of the risks, Americans settled for small processions and online tributes instead of parades Monday as they observed Memorial Day in the shadow of the pandemic.

A US travel ban was due to take effect Tuesday for foreigners coming from Brazil, where the virus is raging through communities with no signs of abating. The ban, originally to take effect Thursday, was moved up. It does not apply to US citizens.

Underscoring the challenge of containing outbreaks of a virus for which there is not yet a vaccine or proven treatment, India reported a record single-day jump in new cases for the seventh straight day.

Most of India's cases are concentrated in the western states of Maharashtra, home to the financial hub Mumbai, and Gujarat. 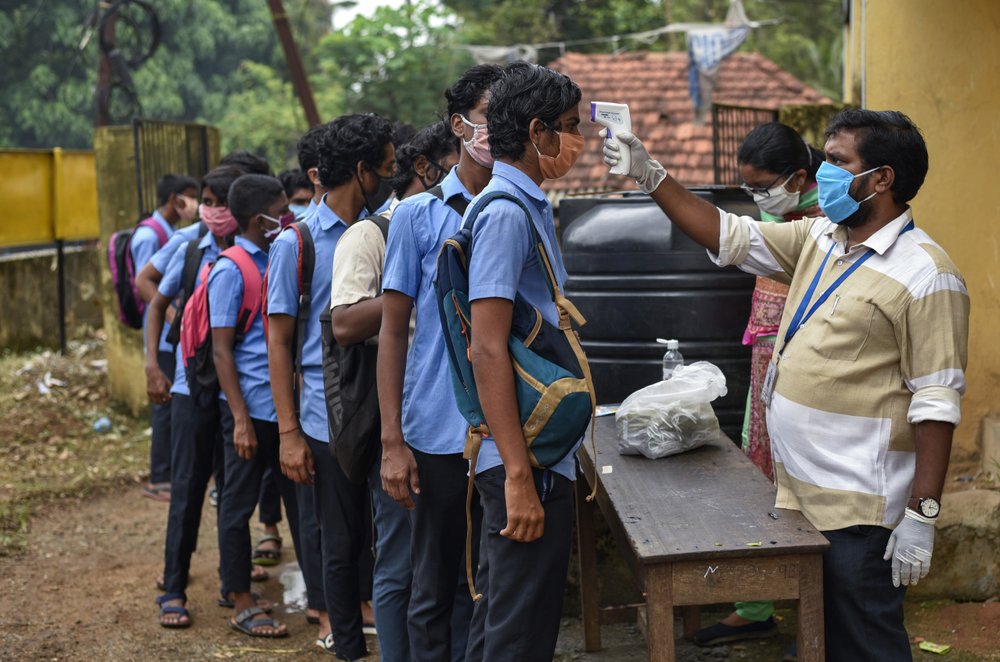 (Photo: School children wearing masks line up to get their hands sanitized and temperatures checked as they arrive to appear for state board examination during the coronavirus pandemic in Kochi, Kerala state, India, Tuesday, May 26, 2020. (AP Photo/R S Iyer)

The numbers have also climbed in some of India's poorest states in the east as migrant workers stranded by lockdowns have returned to their native villages from India's largest cities.

India has nonetheless been easing restrictions. Domestic flights resumed on Monday after a two-month hiatus, though at only a fraction of normal traffic levels.

Australia's prime minister said that international travel could resume with New Zealand before Australians are allowed to fly interstate if cautious state leaders refuse to reopen their borders.

Prime Minister Scott Morrison said he spoke with his New Zealand counterpart, Jacinda Ardern, on Tuesday about resuming regular travel between the near-neighbors, which have shared similar success in slowing the coronavirus spread, though not eliminating new cases altogether.

Tests by a US biotechnology company, Novavax, have begun in Australia with hopes of releasing a proven vaccine this year.

A Novavax executive said 131 volunteers were getting injections in the first phase of the trial to test the vaccine's safety and effectiveness.

Novovax expects the results of the Australian trial to be known in July.

About a dozen experimental vaccines are in early stages of testing or poised to start, and it's not clear whether any will prove safe and effective. But they use different methods and technologies, increasing the odds that one might succeed.

"We are in parallel making doses, making vaccine in anticipation that we'll be able to show it's working and be able to start deploying it by the end of this year," Novovax's research chief, Dr Gregory Glenn, told a virtual news conference in Melbourne, Australia, from the company's headquarters in Maryland.

Some restrictions on public gatherings, shorter hours for many businesses and other precautions are still in place in most countries.

South Korea on Tuesday began requiring people to wear masks on public transit and while using taxis. The country, once a major epicentre of outbreaks, is tracing dozens of infections linked to nightclubs and other entertainment venues as it prepares for 2.4 million students to return to school on Wednesday.

People in South Korea, like in much of Asia, have generally been wearing masks in public settings anyway, without reports of any major disruptions.

Sri Lankan police warned that those failing to respect social distancing guidelines will be arrested from Tuesday as authorities eased a 24-hour curfew in two main districts including the capital, Colombo. A nationwide curfew remains in effect from 10 p.m. to 4 a.m.

Despite hopes that the so-called "first wave" of the pandemic may be waning, Ryan, the WHO official, warned that future "spikes" of outbreaks may mean the first wave is not over.

With infections surging in South America, the WHO warned Brazil's leaders against reopening its economy before it can perform enough testing to control the spread of the pandemic.

"In these kind of circumstances, there may be no alternative," he said. "You must continue to do everything you can."

The smaller, more subdued Memorial Day ceremonies in the US honored the nation's military dead and also remembered those lost to the virus.

President Donald Trump laid a wreath at the Tomb of the Unknown Soldier in Virginia, while presumptive Democratic presidential nominee Joe Biden, wearing a black mask, made his first public appearance in two months to lay a wreath at a cemetery near his home.

On the weekend marking the unofficial start of summer, authorities warned people heading to beaches, parks or backyard barbecues to heed social-distancing rules to avoid a resurgence of the disease that has infected 5.4 million people worldwide and killed over 345,000, including nearly 100,000 Americans, according to a tally by Johns Hopkins University.

Veterans, along with nursing home residents, have made up a significant portion of those who died in the US outbreak, and Memorial Day commemorations were cancelled or toned down across the country.

"This is our freedom. This is our history. It's what they fought for," said Frank Groblebe as he and his wife placed lilacs on several graves at Mountview Cemetery in Billings, Montana.

They included the graves of his mother and his father, who served in the Philippines as a Navy Seabee during World War II.

"Anything that shows respect for it is all right with me," Groblebe said, fighting back tears.