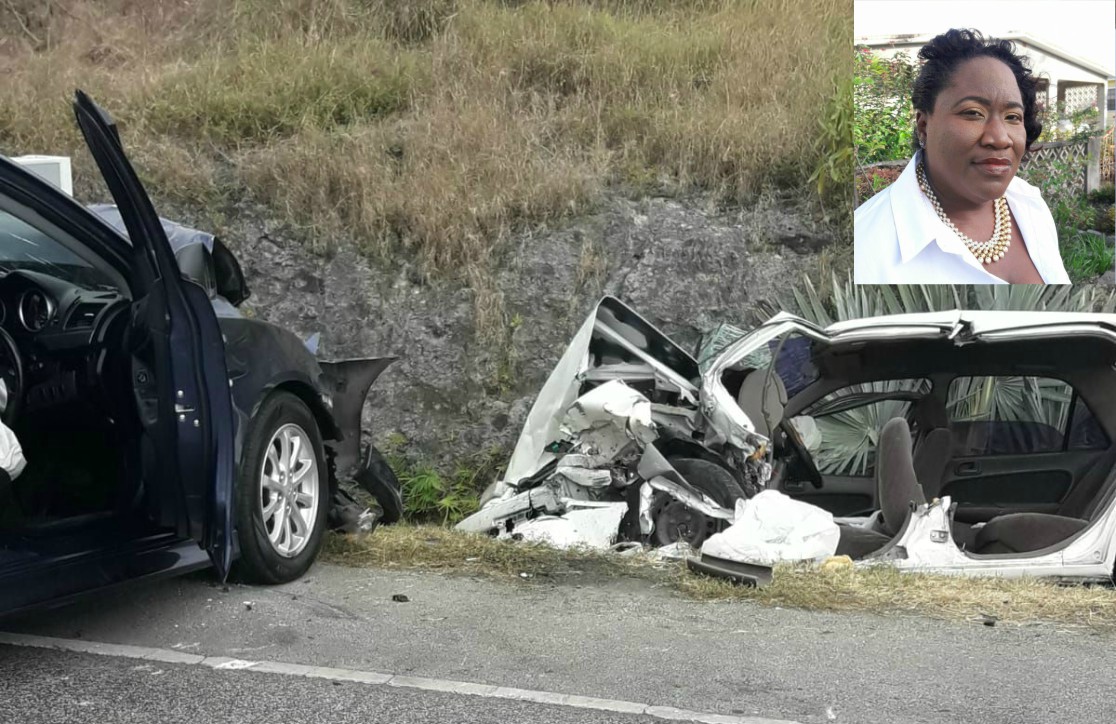 Two motor vehicles were extensively damaged in the collision resulting in serious injuries to the following persons :

Paula Corbin 44 years of Park road, Bush Hall, St. Michael was pronounced dead whilst receiving treatment for her injuries at the Accident & Emergency Unit of the Queen Elizabeth Hospital. She was a passenger in the motor car MA 3090.

Investigations are continuing in this matter.

Original Post: Road closed due to accident near Coverley

Police are investigating a two vehicular accident which occurred about today at 3 pm along the Adams section of the A.B.C Highway near Coverley, Christ Church.

Two motor cars were travelling in opposite directions when they became involved in a collision resulting in serious injuries to both drivers and their respective front seat passengers.

Two fire tenders and 8 fire personnel responded and used the jaws of life to extract the occupants of both vehicles. All four injured persons were transported to the QEH by ambulance.

Temporary road closure has been implemented. Police are on the scene regulating traffic. All travelling public are to avoid the area as police carry out their investigations.

An update will be given as more information comes to hand.