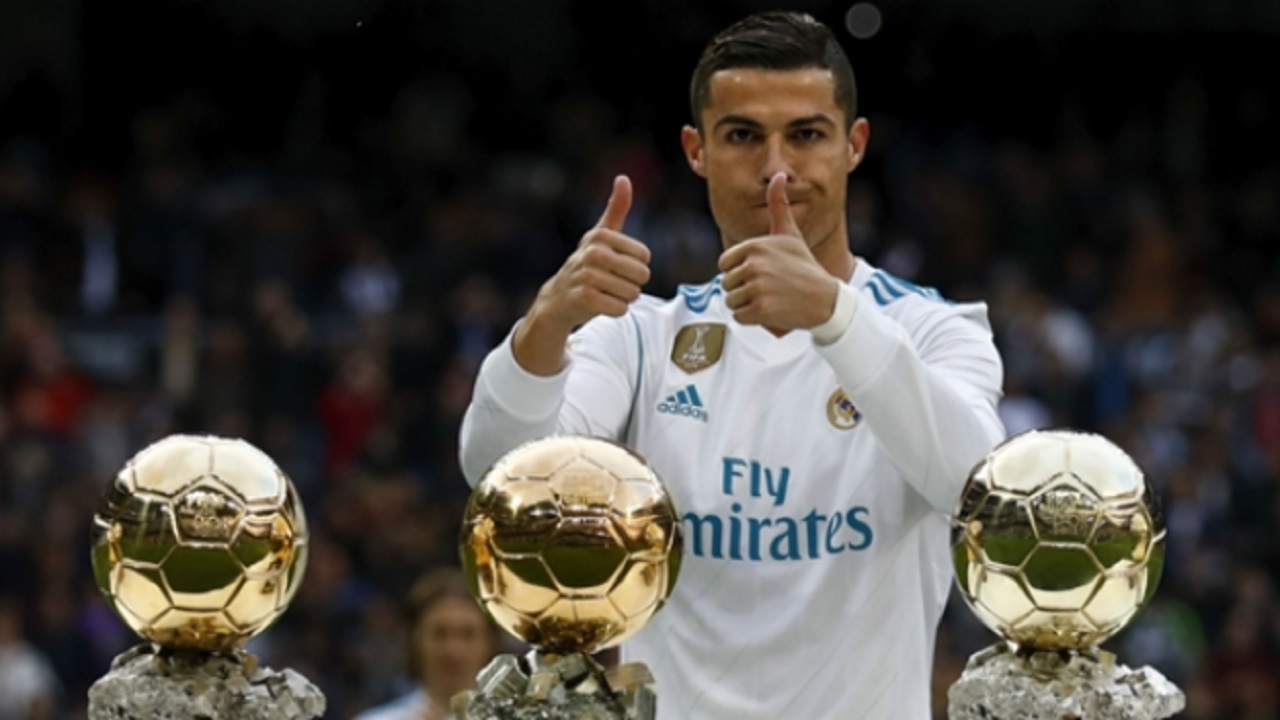 Cristiano Ronaldo shows off three of his five Ballons d'Or.

Cristiano Ronaldo has been nominated for the Laureus World Sportsman of the Year award and Real Madrid are in contention for the Team of the Year gong.

Ronaldo claimed the Ballon d'Or for a fifth time last month and is among the six nominees for the prestigious Laureus award, which he has never won.

Madrid could also be recognised for a stellar 2017 at a ceremony in Monaco on February 27 after winning the UEFA Champions League, LaLiga and FIFA Club World Cup.

Federer, also nominated for the Comeback of the Year category, was crowned Australian Open and Wimbledon champion, while Nadal won a 10th French Open title and the US Open.

Hamilton claimed a fourth Formula One title, while Froome became only the third man to win the Tour de France and Vuelta a Espana in the same year.

Farah took gold in the 10,000 metres and 5,000m silver at the IAAF World Championships on home soil in his final year as a track athlete.

The great Serena Williams is among the nominees for World Sportswoman of the Year after winning the Australian Open while pregnant.

Garbine Muguruza is also in the running following her maiden Wimbledon triumph, while athletes Allyson Felix and Caster Semenya are among the contenders following a ballot by the world's sports media.

American duo Katie Ledecky and Mikaela Shiffrin also made the list, reward for their remarkable swimming and skiing exploits respectively.

The France Davis Cup team, Golden State Warriors, New England Patriots, Mercedes and New Zealand's America's Cup winners are the other contenders for the Team of the Year award.