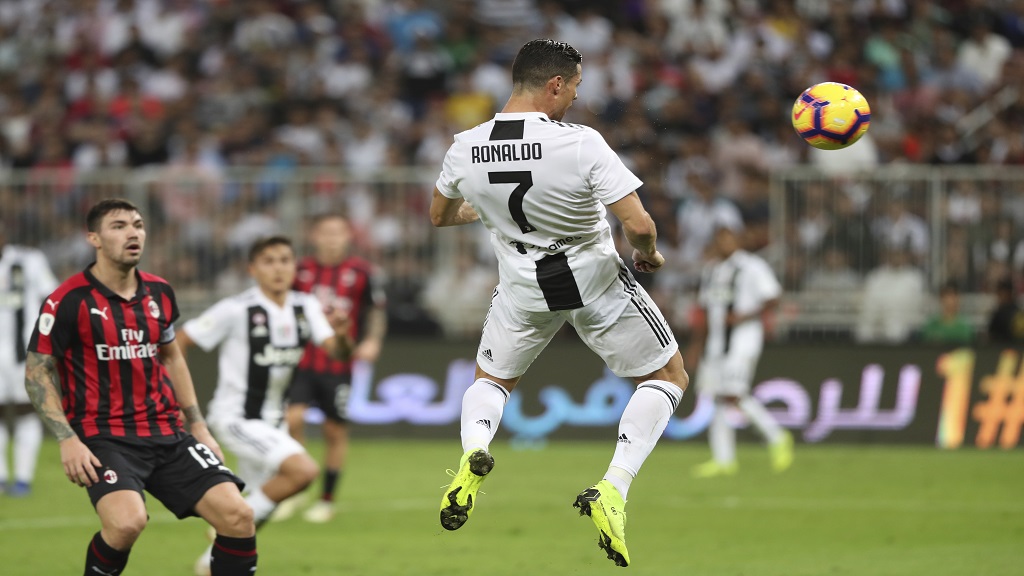 Amid a background of protests and political outrage, Juventus beat 10-man AC Milan 1-0 in Saudi Arabia on Wednesday to win the Italian Super Cup for a record eighth time.

Cristiano Ronaldo scored the only goal of the match to win his first trophy with the Italian team.

"I'm very happy, it was what I wanted, I'm very happy to have won my first title with Juventus," Ronaldo said.

It was Ronaldo's fourth goal in his past four matches as he shows little sign of being affected — on the pitch at least — by a case of alleged rape involving an American woman.

Ronaldo has been asked by police to provide a DNA sample in an investigation of the allegation by Kathryn Mayorga, a former model and schoolteacher, that he raped her in his Las Vegas hotel penthouse in 2009 and paid her to keep quiet. Ronaldo has denied any wrongdoing.

Juventus, which has won the league the past seven seasons, lead Serie A by nine points and is in the quarterfinal of the Italian Cup as well as the last 16 of the Champions League. 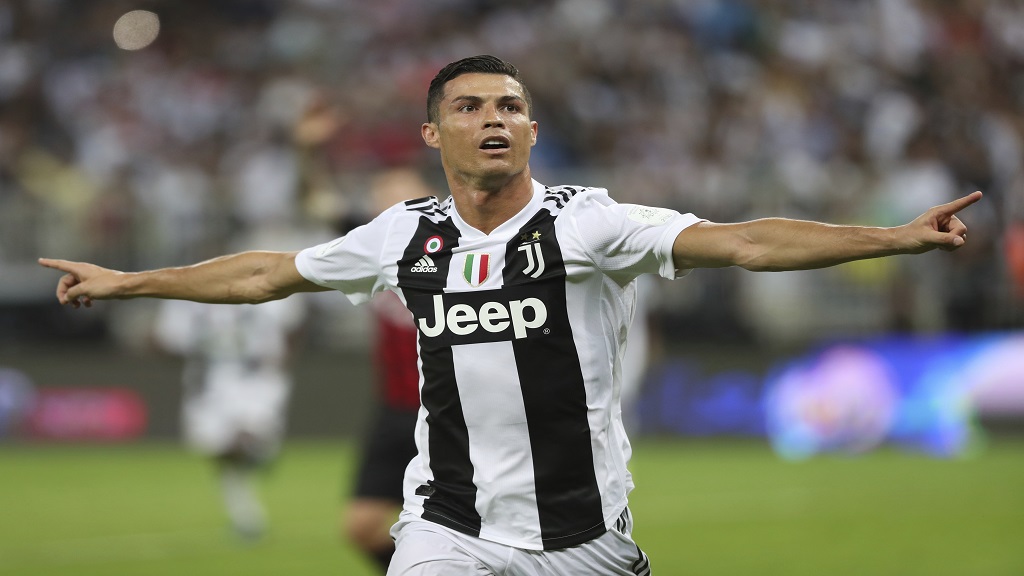 "We have to take it step by step," Ronaldo continued. "The aim was to start well this year and we have done and now we have to continue to work for our other objectives."

Italian politicians and human rights activists had objected to the game being played in Saudi Arabia, citing the assassination of Washington Post columnist Jamal Khashoggi at the Saudi Consulate in Istanbul.

But the match went ahead at a sold-out King Abdullah Sports City Stadium in Jeddah in front of more than 61,000 fans, including many women who were only allowed into Saudi sports stadiums a year ago for the first time to watch football matches.

Last June, the Italian league announced it agreed to a deal with Saudi Arabia's General Sports Authority for three of the next five Super Cups to be played in the kingdom. The deal will provide more than 20 million euros ($23 million) to Serie A and 3.5 million euros to participating clubs.

"I'm very respectful of all the opinions," Lega Serie A President Gaetano Micciche said. "We've talked about it and we'll talk again. I think it has been useful to open this dialogue, we'll talk about it all civilly and everyone will understand everyone else's positions."

Gonzalo Higuain, who is on loan at Milan from Juventus, had also been a focus of the buildup to the match ahead of a potential move to Chelsea, but the Argentina forward was named on the bench against his parent club, with Milan saying he had had a fever.

Blaise Matuidi had a goal for Juventus disallowed for offside while Ronaldo saw an acrobatic effort bounce narrowly over the crossbar in an even first half which also saw Juve goalkeeper Wojciech Szczesny pull off a good save to deny Hakan Calhanoglu.

Milan almost took the lead immediately after halftime but Patrick Cutrone's effort came off the crossbar.

The Rossoneri were left to rue that missed opportunity as Ronaldo broke the deadlock in the 61st minute.

Miralem Pjanic floated a ball over the top and Ronaldo headed it past Gianluigi Donnarumma.

Juventus had another goal disallowed for offside but any chance Milan had of getting back into the match all but evaporated after midfielder Franck Kessie was sent off in the 74th following a poor tackle on Emre Can, which saw him stamp on the Juventus midfielder.

Referee Luca Banti initially showed Kessie only a yellow card but changed it to a red after seeing the late tackle again on video review.

Milan was infuriated after VAR was not used on what it felt was a penalty after Can appeared to clatter into the back of Andrea Conti.

Higuain, who had come on for the final 20 minutes, had to be dragged away by his former teammates.

Juventus set points record for first half of season