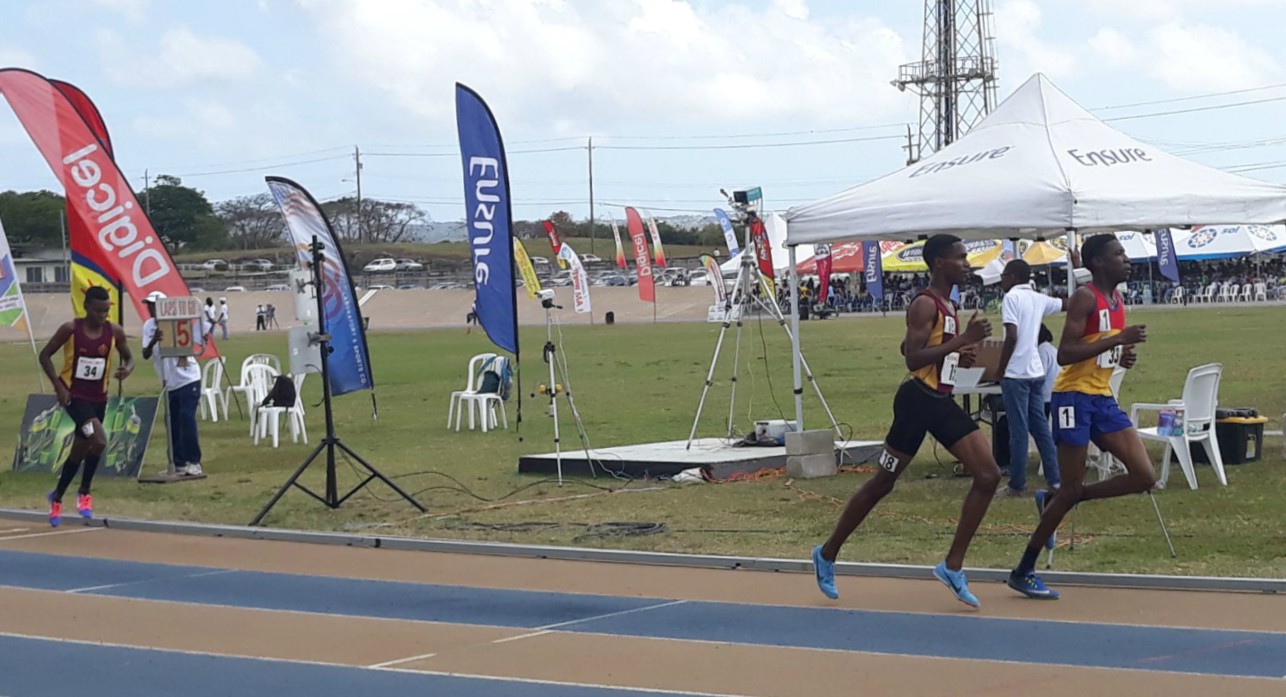 After four years of sitting under tents on the velodrome of the National Stadium, fans attending this year’s Powerade Barbados Secondary School’s Athletics Championships (BSSAC), will be returning to the stands; albeit under the sun.

Confirmation of this to LOOP NEWS came yesterday in an interview with Andre Brathwaite, the event’s Assistant Meet Director, who said permission had been given by the government-run National Sports Council (NSC) which oversees operations at the stadium.

Over the last month and a half, work had been ongoing at the Waterford venue to remove the galvanise sheets from the roof of the stands which Minister of Sport, John King had previously said had become a hazard for patrons and athletes using the stadium, and those living in the surrounding communities.

Brathwaite said permission had been given by the NSC to use the stands with limitations, “so we cannot go three rows down from the top [of the stands].  We are going to cordon off that area.

“There will be security personnel to ensure that those attending over the six days of the BSSAC don’t encroach on that area.  Besides that, we have the full use of the stands with the only limitation there being that there will be covering.   The roofs have been removed from all five stands and so there will be a bleacher-type setting this year.  Come with your umbrellas and your hats prepared for some fun in the sun this year.

“We are doing all that we can to ensure that you are comfortable and also to ensure the safety of the patrons in the stadium . . . having the tents on the cycle track was not an idyllic situation, but a  safety management headache.  We are actually glad to be able to remove the spectators from being in such close proximity to the arena as it allows us to better manage the meet not only in terms of the event, but in terms of safety and for evacuation purposes,” he told LOOP NEWS, adding that these areas mentioned can now be improved given that a separation will now exist.

BSSAC, which Barbadians more familiarly refer to as Interschool sports are now in their 15th year and this year will feature athletes drawn from 25 of the island’s public and private Secondary schools.   They will be competing over six days in two zones - the Frank Blackman and Esther Maynard Zones, between March 12 to 15 and the Championships on March 21 and 22, 2019.