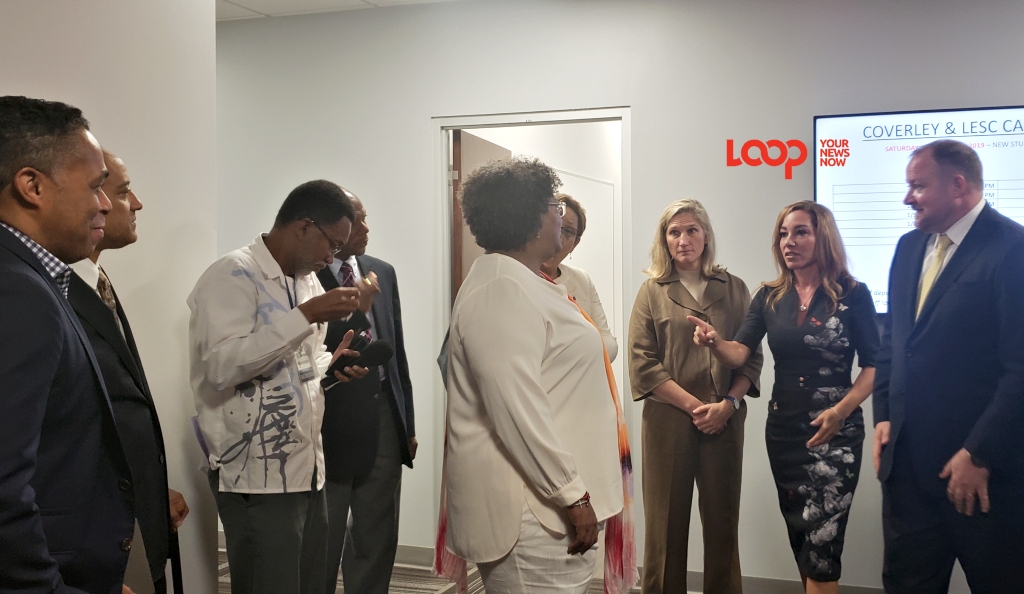 Ross University School of Medicine opened today officially in Barbados and once and for all the scepticism about why the campus relocated was laid to rest.

Speaking to Loop News during the tour of the new facility situated within the Lloyd Erskine Sandiford Centre (LESC) on Two Mile Hill, President and Chief Executive Officer of Adtalem, Lisa Wardell said that the university stands by its decision.

"We took the risk on Barbados based on Prime Minister Mottley and her Cabinet because it was clear that they were going to help partner with us in a very short time frame. There always were going to be obstacles right, that we were going to be able to overcome those obstacles, so for our investors and for the folks that fund us, they see Barbados as a place that is easy to do business; that is partnering with investors and businesses that are coming in; that has a government that is very focused on, for us it is important that the government is focused on education and particularly healthcare education."

She listed off her points one by one ticking each off on her fingers as she went along enthusiastically.

Asked if it took much work to convince their investors about the choice to relocate to Barbados after leaving Dominica, with a smile, Wardell shared, "I won't say it was easy but it was certainly something that we were able to convince everybody that this was a great place for us to be."

Prime Minister Mia Mottley held the scissors during the symbolic cutting of the ribbon to mark the opening of the new facility on island. The opening ceremony was held in one of the LESC conference rooms this evening, Saturday, January 5, 2019.

Earlier the week and last weekend the approximately 1500 students started arriving on island and they were busy checking in for the classes and getting accustomed to their accommodations at the Villages at Coverley.