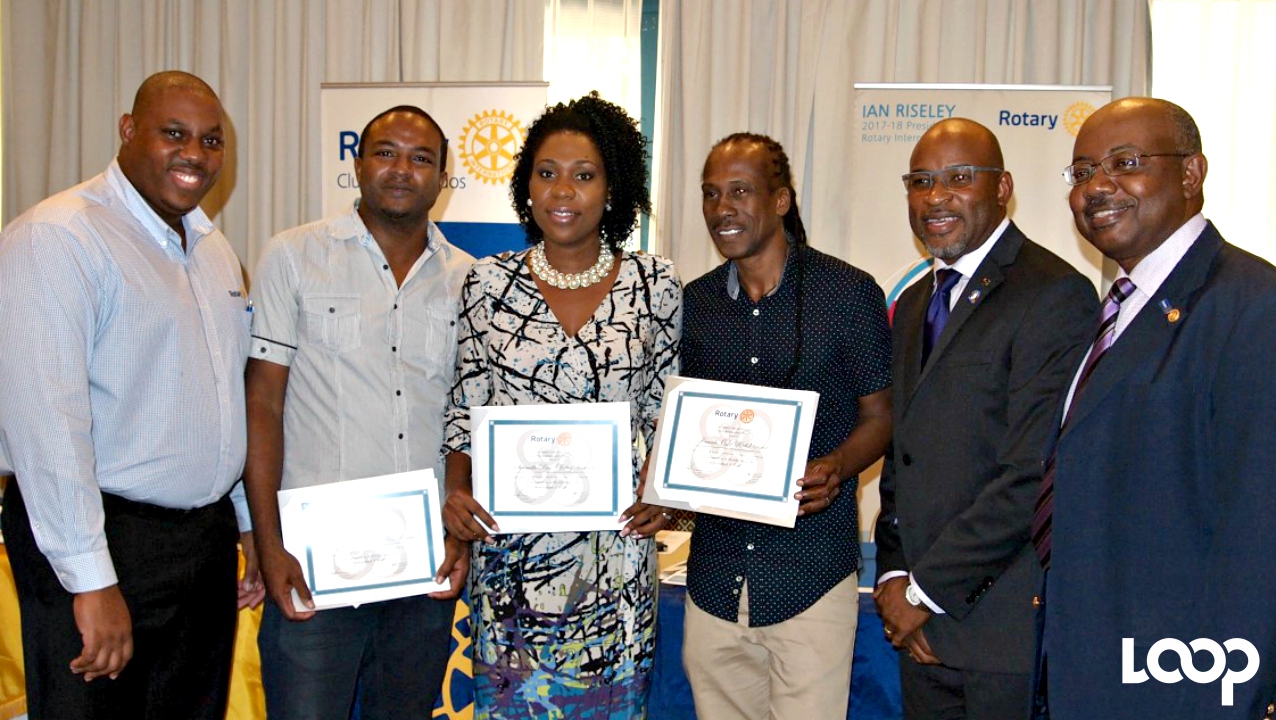 The increased level of violence occurring in society today has not gone unnoticed by the Rotary Club of Barbados and they have taken the step of appointing three Barbadian Peace Ambassadors.

The peace ambassadors were saluted on International Peace Day during a ceremony held today at the Hilton Hotel.

They are Founder of Jabez House, Shamelle Rice, entertainer Ricardo ‘Lil Rick’ Reid and youth activist, Corey Layne. The peace ambassadors were recognised for their role in assisting young and at-risk groups to positively transform their lives.

Rotary President Paul Ashby said the aim is to provide support to the “peace warriors” by giving them access networks within the Rotary Club. In this way, they will have additional avenues of assistance to carry out their activities.

He said, though not in possession of statistical evidence, it is clear citizens are not happy with the increase in gun-related incidents in addition to how innocent bystanders are being caught up in the melee of violence.

“When persons who go to public events have to fear for their lives, then it is clear we have a problem that needs to be addressed and requires the input and support from every right-thinking Barbadian.”

Ashby went on to say increased incidents of domestic violence is also a serious concern. In light of the vicious chopping incident in St Peter that left two women seriously injured, Ashby noted it was paramount that society “protect our womenfolk".

Public Relations Officer with the Royal Barbados Police Force (RBPF), Inspector Roland Cobbler, said the factors resulting in the rise in crime were multifactorial and therefore a similar approach would be needed to stamp it out.

“We are cognizant that success in combating the scourge of violence can be achieved through a multi-dimensional approach. Working collaboratively with law enforcement officials will send a strong message to those individuals who are engaging in the level of violence which currently exists, that ordinary Barbadians prefer to live in a society free of violence."

He added, like the peace ambassadors, the RBPF was also working extensively with the youth and at-risk groups through the Drug Awareness and Resistance Education (DARE) Program, The Prince’s Trust International Team Program and the Juvenile Liaison Department, adding these community-based programs were reaping significant success.

$20,000 in neurosurgical equipment for QEH through Rotary Club West