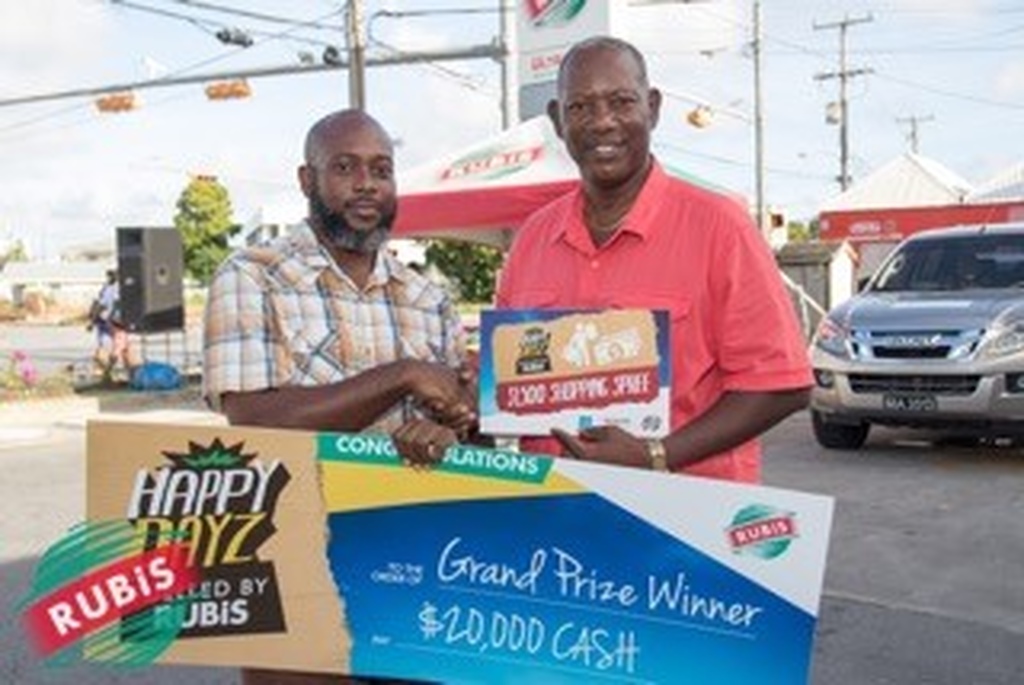 A very calm Barry-Lee Crawford became $20,000 richer when he was announced as the Grand Prize winner of the RUBIS Happy Dayz promotion.

Barry, an operator in the Bridgetown Port, was very clear about how his winnings would be used: “ I will definitely be giving some to charity and a significant portion will be used to support my 18-year-old daughter Jalila who is an actuarial student at the UWI - Mona."

A  customer of Fontabelle RUBIS station since it opened in April, Barry said the service station was a very convenient location for him and he always received good customer service whenever he visited.

Also presented with the prize of a shopping spree worth $1500 from Sheraton Mall was Anthony Forde. Accompanied by his beaming wife Shirley, Anthony listed a pair of shoes as the first item he planned to purchase with this prize.  As a Kirton’s RUBIS service station customer, Anthony explained he completed his entries online and had found this an easier method to get in his entries in than dropping them in the box.

RUBIS’ Marketing Manager, Andrea Gooding explained, “We certainly created a lot of Happy Dayz for our customers this year.”  She added, "They were all excited to enter the six week promotion online and enjoyed the opportunity to win prizes daily.”   Ms Gooding said the promotion was also a great opportunity for Rubis to thank customers for their patronage over the past year and promised they could look forward to even more exciting promotions in 2018.

Rubis solidifies presence in the Caribbean