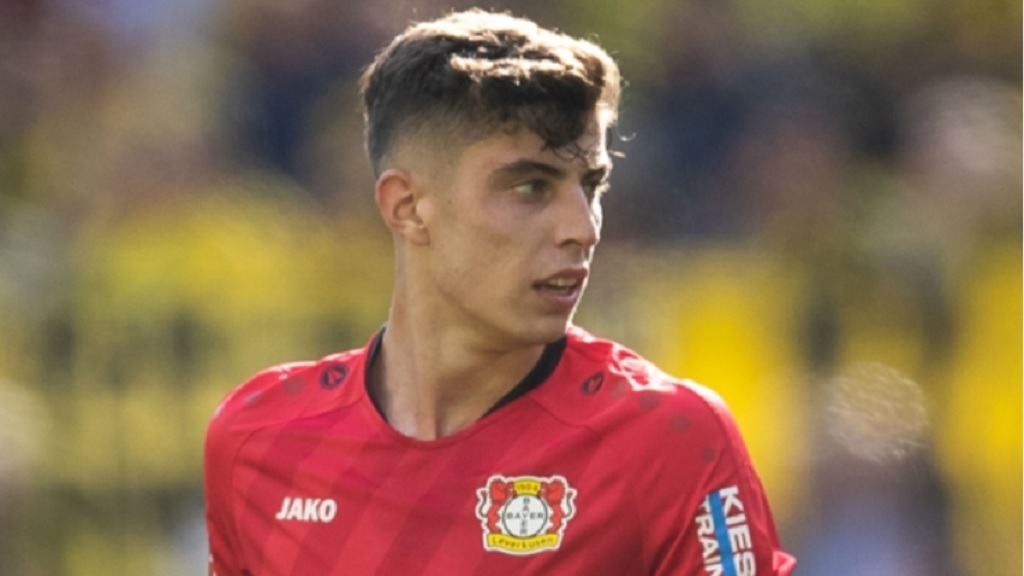 Kai Havertz leaving the Bundesliga for the English Premier League has emerged as a strong possibility.

Chelsea and Manchester United are reportedly vying for the Bayer Leverkusen attacker's signature.

However, Bayern Munich could keep the Germany international in his homeland.

Bayern Munich are favourites to sign Bayer Leverkusen star Kai Havertz, according to the Telegraph.

The race is heating up for Havertz, who has been heavily linked to Premier League trio Chelsea, Manchester United and Liverpool.

Real Madrid are also reportedly interested but Bundesliga champions Bayern are in pole position to bring the Germany international to Bavaria as they also look to sign Manchester City's Leroy Sane.

- Calciomercato says Milan are determined to lure Madrid forward Luka Jovic to San Siro. The Serbia international has struggled since swapping Eintracht Frankfurt for Madrid at the start of the season. Madrid want between €45 and €50million for Jovic and the report claims Milan could look to sell Rade Krunic, Lucas Paqueta, Andre Silva, Suso and Mateo Musacchio to raise funds.

- The front page of Tuesday's Diario AS claims Bayern will offer Achraf Hakimi a "galactic" salary to prise the Morocco international from Madrid. The full-back has spent the past two seasons on loan at Borussia Dortmund.

- United are leading the chase for Watford defender Pervis Estupinan amid interest from Tottenham, Barcelona and Atletico Madrid, according to the Express. The Ecuadorian is on loan from Osasuna.

- Juventus and Barcelona have entered the chase for Lazio star Sergej Milinkovic-Savic, reports Corriere dello Sport. Milinkovic-Savic has been heavily linked to Paris Saint-Germain (PSG), as well as United.

- Sport says Pedro's proposed move from Chelsea to Roma has collapsed amid an internal fallout in the Italian capital. The veteran forward has now been offered to Valencia.

- Falk also says Dortmund have not received any official offers for star Jadon Sancho, who has been linked to United, City, Liverpool, Chelsea, Madrid, and Barca.