Rumour Has It: Man City favourites to sign Koulibaly 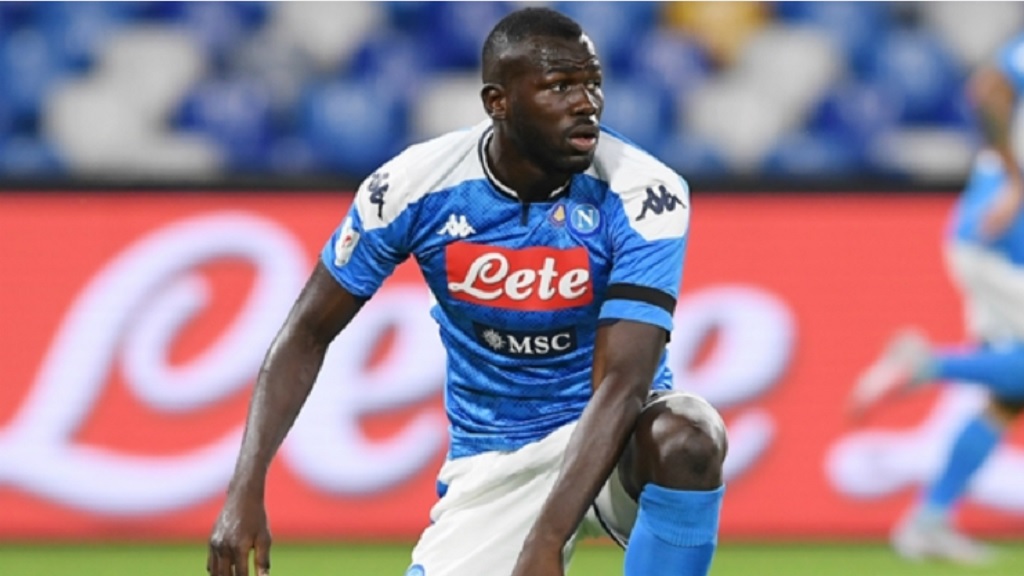 Kalidou Koulibaly has been a man in demand for quite some time.

Clubs in Europe have reportedly queued up to sign the Napoli centre-back.

Koulibaly could finally get his move, with a Premier League giant reportedly working on a deal.

Manchester City are favourites to prise Kalidou Koulibaly from Napoli, according to Duncan Castles of the Sunday Times.

But it seems the star defender is more likely to join Pep Guardiola's City than Premier League leaders Liverpool.

- Edinson Cavani is among the alternatives to Inter's Lautaro Martinez for Barcelona, says Sky Sport Italia. Barca want to sign Martinez but the LaLiga champions are struggling to meet Inter's demands. Now Cavani, who will not sign a new contract with Paris Saint-Germain and is a free agent, could end up at Camp Nou. The Uruguayan forward has also been linked to Inter and Atletico Madrid. Arsenal's Pierre-Emerick Aubameyang is also on the list, though Juventus are reportedly eyeing the disgruntled Gabon international.

- Juve and Barca have reached an agreement over a swap deal involving Arthur and Miralem Pjanic, reports Goal. Arthur had been reluctant to leave Barca for Juve but the Spanish giants could receive a fee of €70million.

- Liverpool are frontrunners to sign Bayern Munich star Thiago Alcantara, says Bild. The Spanish midfielder had been set to extend his contract but he has apparently backed out of a new deal.

- Borussia Dortmund may keep Jadon Sancho after all. The England international has been tipped to join United at the end of the season. Unless Dortmund receive £117m (€130m), they will continue with Sancho, reports Sport Bild, which also claims the Bundesliga club could offer a bumper new deal.

- Gianluca Di Marzio says Lazio and Inter are battling over the signing of Hellas Verona defender Marash Kumbulla. Inter have reportedly made a €25milion offer for Kumbulla, who has also been linked to Juve.

- Chelsea and Real Madrid are going head-to-head for Bayer Leverkusen's Kai Havertz, claims WinSports. Chelsea are believed to have submitted an offer worth £8m (€8.8m) more than Madrid's bid.

- Fred is ready to discuss a new long-term contract with United, the Sun reports. After a difficult start to life at Old Trafford, the Brazilian has established himself as a key member of Ole Gunnar Solskjaer's side.

- According to Le10 Sport, Madrid and Barca are interested in Arsenal midfielder Matteo Guendouzi.

Man City defender out of hospital, being monitored