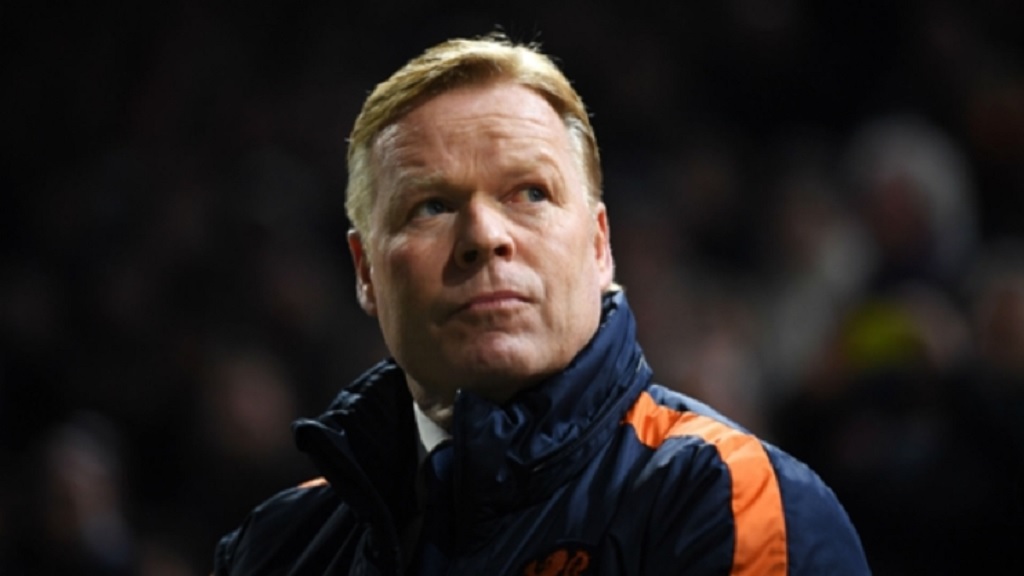 Is Ronald Koeman the chosen one?

And Netherlands head coach Koeman – a former Barca defender – is reportedly on the verge of being appointed.

Ronald Koeman is set to become Barcelona head coach, according to widespread reports.

Netherlands boss Koeman is reportedly the man Barca want to appoint following Quique Setien's sacking in the aftermath of their 8-2 Champions League humiliation against Bayern Munich.

Voetbal and Sky Sports claim LaLiga giants Barca are holding talks with the Dutch Football Federation (KNVB) as they seek to appoint Koeman.

With Koeman set to vacate his position, Fox Sports presenter Jan Joost van Gangelen claims former Arsenal boss Arsene Wenger has offered to take the Netherlands job. Wenger has been out of work since leaving Arsenal in 2018.

Alfredo Pedulla says Napoli want to sign Arsenal defender Sokratis Papastathopoulos but are still trying to negotiate a fee. It comes as Arsenal reportedly close in on Lille centre-back Gabriel Magalhaes, who has also been targeted by Napoli.

City are preparing a new and improved offer for Napoli star Kalidou Koulibaly, says Sportitalia's Pedulla. Napoli are reportedly keen to sell Koulibaly in order to raise funds for Gabriel.

According to Sky Sports, Manchester United are monitoring Juve winger Douglas Costa. The future of Costa in Turin is in doubt as new boss Andrea Pirlo rebuilds and with United struggling to prise Jadon Sancho from Borussia Dortmund, they could turn to the Brazilian.

Cadena Ser claims Barca plan to force pay cuts on players who refuse to leave Camp Nou. Luis Suarez, Jordi Alba and Ivan Rakitic are among three of the highest earners who the club are hopeful of selling this off-season.

Milan are hopeful of re-signing Gianluigi Donnarumma and Zlatan Ibrahimovic before the end of the month despite negotiations dragging on, according to Calciomercato.

AS reports RB Leipzig defender Dayot Upamecano could join Real Madrid in 2021. Due to the financial situation amid the coronavirus pandemic, Madrid are reportedly holding off on major transfers until next year.