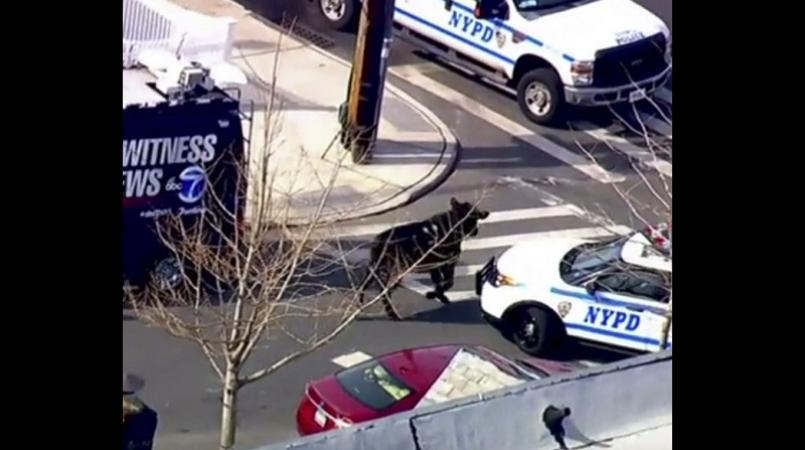 Police corralled the animal in a backyard in Jamaica, Queens, after a chase that lasted more than an hour.

Footage airing on WABC-TV showed the black bull or steer trotting through a residential neighborhood with several tranquilizer darts stuck in its hide.

The nimble bovine eluded attempts to box it in between police vehicles by squeezing through narrow openings.

There were no reports of the cow causing any injuries during the chase, though it did rip the door off a car.

WABC reported that Skylands Animal Sanctuary & Rescue in Wantage, New Jersey, has offered a home for the wayward beast.

FEATURED IMAGE: In this image taken from video provided by WABC, a bull that escaped from a local slaughter house is pursued by New York City Police, Tuesday, Feb. 21, 2017, in New York. Police corralled the bull in a backyard in the Queens borough of New York, after a two-hour chase that continued even after the bull's hide was studded with tranquilizer darts. (WABC via AP)